Ahead of the debut of his new act in July, Mike Conway practices with his new props and tricks at a St. John's school.

Sleight of hand is no slight task for St. John's illusionist debuting new show in July 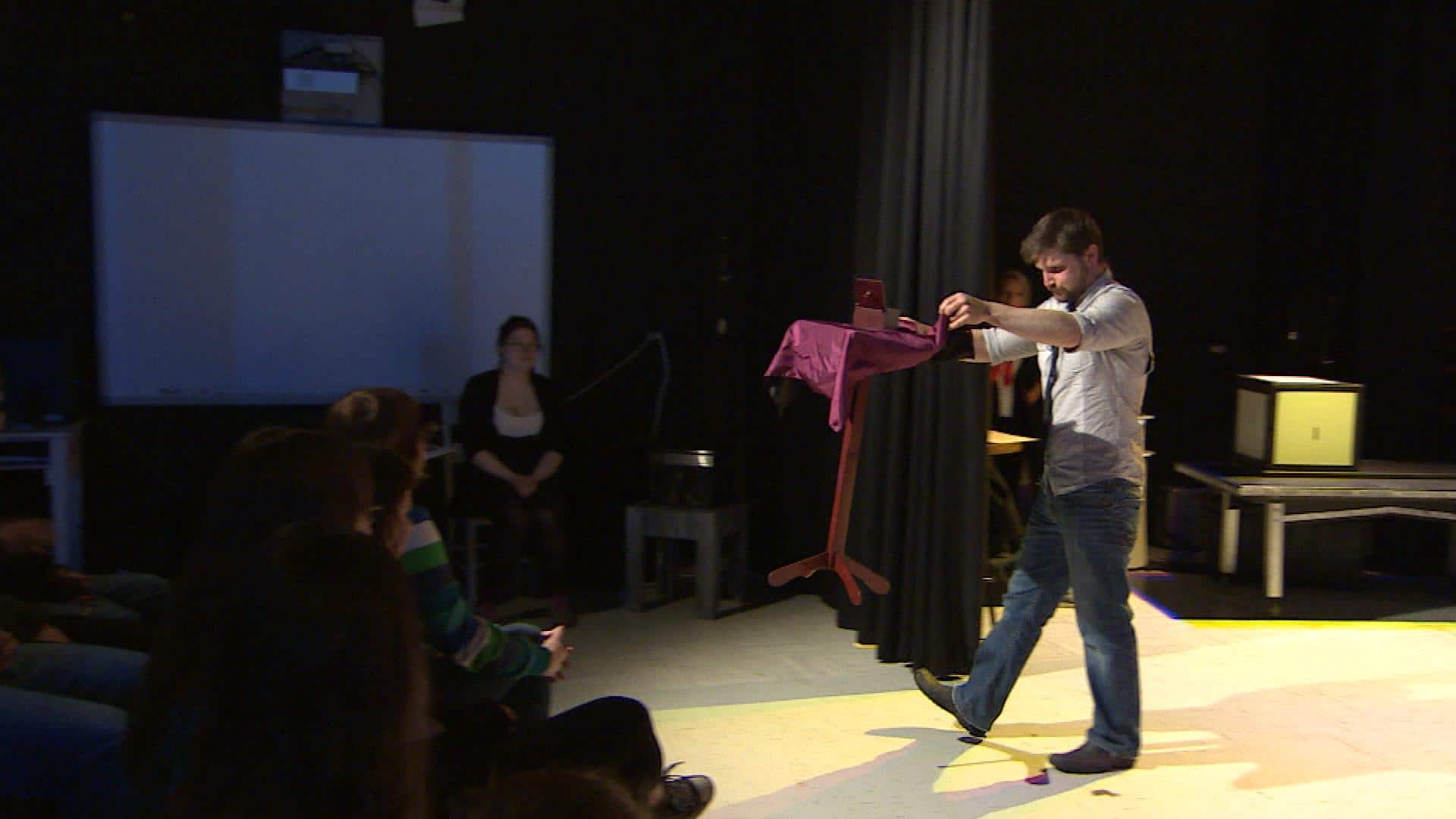 5 years agoVideo
2:02
A local magician is bringing Las Vegas-style illusions to St. John's. The CBC's Zach Goudie got to peek behind the curtain. 2:02

A local St. John's magician is testing out his new Las Vegas-style act this week at Prince of Wales Collegiate ahead of his big gig at Holy Heart Theatre next month.

Mike Conway has been a performing magician for years, but this summer he's unveiling some bigger tricks — with bigger props.

It's like, enjoy this, relax, it's magic, don't take it too seriously.- Mike Conway

However, he said his act isn't about the gadgets, it's about the magic of the show itself.

"People can get into this stuff. It's not about, you don't know how this works, ha-ha. It's like, enjoy this, relax, it's magic, don't take it too seriously, have a great time," he said. "That's what it's all about."

But, the new props do mean some fancy new tricks — including a box brought in from a Las Vegas magician that means Conway has some new illusions to showcase.

"It was on the Vegas strip for probably years. A big name magician was performing with it and I kind of got in touch with him over the last year and arranged a shipment and got it to here," said Conway.

The new gear means Conway's act will be different than some of his previous gigs, and he's pretty happy about that.

"If you're doing close-up magic, just now I'm watching your eyes. I'm watching how you move so I can do what I need to do when you're not looking," he said.

"With this stuff, when you have a large audience they almost become one and for me I find it easier to entertain a large group of people than one on one because you can get away with more, you're further away. Magicians don't want you to know that."

Whether the tricks are big or small, slight of hand is the magician's true art. Conway is debuting his new show on July 4 at Holy Heart Theatre in St. John's.

He hopes the audience will be wowed by his performance as much as his props.