Police are investigating the discovery of eight suspicious packages that prompted the evacuation of several courthouses in Newfoundland and Labrador, and a provincial government building in another town.

Similar incidents have happened in Nova Scotia and Manitoba 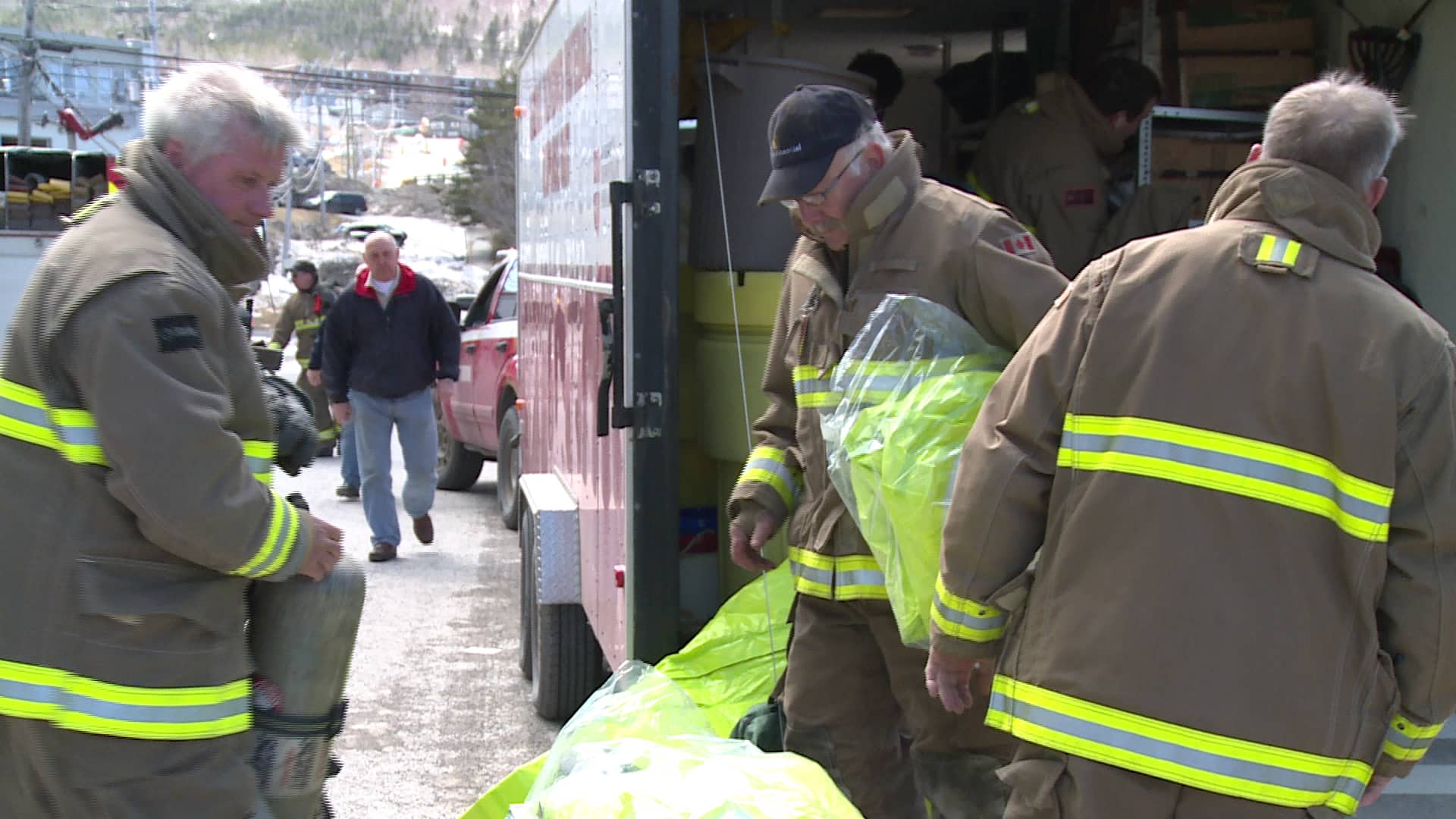 5 years ago
4:31
Officials talk about buildings being evacuated across the province on Wednesday, and what measures were taken 4:31

RCMP are investigating the discovery of eight suspicious packages that prompted the evacuation of several courthouses, a provincial government building, a school, a cultural centre and other offices in Newfoundland and Labrador.

The provincial government temporarily suspended mailroom operations throughout the province Wednesday afternoon. However, the buildings are expected to reopen on Thursday.

Eight packages in total were either intercepted at a mailroom or discovered at courthouses across the province.

The Royal Newfoundland Constabulary confirmed late Wednesday afternoon that the packages in their policing areas — St. John's, Wabush and Corner Brook — are consistent with suspicious packages discovered in Nova Scotia and Manitoba.

It is not deemed to be an immediate threat or an explosive device- Const. Steve Curnew

RCMP Staff Sgt. Boyd Merrill said three out of five packages discovered in RCMP jurisdiction were confirmed as having the same international address and similar contents. Police for now are not revealing what the contents were.

The Supreme Court building in St. John's was cleared around 11:45 a.m., just one of a series of evacuations that played out island-wide simultaneously.

"The package has been examined. It is not deemed to be an immediate threat or an explosive device," said Royal Newfoundland Constabulary Const. Steve Curnew.

The provincial police force received a report of a suspicious package at the Danny Williams Building in Corner Brook, which houses the Supreme and provincial courts at around 11:15 a.m.

Three employees who touched the package were quarantined and sent to hospital as a precaution, said David Buckle, director of paramedic services at Western Health.

"We're going to a decontamination as precautionary and that's basically shower, soap and water," Buckle said.

"We got a change of clothes for these individuals. Paramedics will bring them into [emergency] and just have the physicians do a precautionary assessment."

The court in Stephenville was also evacuated.

People were forced to leave a government building in Grand Falls-Windsor, after a suspicious package was discovered in the mailroom, according to a court official.

Sources told CBC News that workers discovered a package addressed to the chief judge with a Hong Kong return address.

The YMCA and a dentist's office close to the government building were also evacuated. Parents at Woodland Primary school said they were told people were told to leave the school as well.

A package destined for Gander provincial court was intercepted at an offsite government mailroom operated by the Department of Transportation and Works, a source said.

Another envelope was intercepted at a mailroom on Kenmount Road before reaching court in Clarenville.

The RNC said it also received a report of a package addressed to the court in Wabush, Labrador.

The post office in Grand Bank on the Burin Peninsula received a package similar to the packages discovered across the province Wednesday afternoon, RCMP confirmed.

Protocols had gone out earlier this week due to similar situations across the country, and employees were reportedly on high alert.

Suspicious packages from Asia were delivered to four Nova Scotia courthouses on May 5, with police and justice officials confirming a connection to similar incidents in Manitoba in April.

On mobile? Click here for live updates from our reporters in Newfoundland and Labrador.