A full century: On her 100th birthday, a war bride celebrates a life well lived

Enid Stevenson of Corner Brook is celebrating her 100th birthday on Sunday. A war bride from Yorkshire, England, with a jolly laugh and a full spirit, she has spent a century living life to the fullest, as a wife, mother, nurse, avid reader and environmentalist.

She can hardly believe it herself, but Enid Stevenson of Corner Brook is turning 100 on Sunday.

Stevenson's birthday celebration will be very different than it might have been, due to pandemic restrictions, including a visitation ban at the Corner Brook seniors' home where she lives. The ban was reintroduced after a cluster of cases erupted this month in nearby Deer Lake.

But Stevenson is confident that Mountain View Retirement Centre will do its best to mark her special day with an iced cupcake and the singing of happy birthday.

"It sounds so silly to say I'm 100," said Stevenson, who speaks with a jolly spirit.

"I can't believe how the time has gone by."

A life in full bloom

Over the years, Stevenson has lived a full and rich life, as a wife and mother, as well as an avid gardener and environmentalist.

Stevenson composted for her vegetable and flower gardens many decades before the practice became commonplace.

Some years ago, prior to the province having a deposit program for beverage container recycling, Stevenson set up a competition at the end of her driveway to encourage people to bring their recyclables to her, offering a prize to whoever brought the most.

Stevenson's family also recalls that anything that could possibly find another use was never thrown out.

"There was never anything wasted in our household," said Stevenson. "People these days are very careless, and they just throw stuff away and get new."

Her love for the environment continues even now, as she waters indoor plants as part of her routine at the seniors' home.

"My mother was a gardener, and I've taken after her," she said.

Stevenson said gardening has kept her active, and she recommends that young people make a point to stay active in order to get the most out of life.

When asked for the secret to her own longevity, Stevenson offers two tips: the first is hard work. The second is a sense of humour.

"I think it helps a lot to have a sense of humour, not take things too seriously. I know things are serious at times, but you have to accept the bad with the good," she said.

Stevenson has had her own share of ups and downs over the years, including two broken hips, but she still gets around by herself with the help of a walker. She is a great conversationalist, and her grandchildren enjoy frequent chats with her by phone.

"I'm very thankful to be able to think still," she said, at a time when people many years younger than her are suffering from cognitive decline due to dementia or other factors.

Stevenson is also still an avid reader, although she has to rely on audiobooks from the public library these days, due to her failing eyesight. She said she's very grateful that the library offers such a service, and that she's able to get plenty of audiobooks in her favourite genre: detective books and spy stories.

"Well, I don't like sloppy love stories," she said.

War bride story with a twist

It was a love story, however, that led this woman from Yorkshire, England, to live out most of her years in Newfoundland.

Stevenson was a war bride who moved to Newfoundland with her husband, David Stevenson, after the Second World War. She had been a nurse in a hospital in England when she agreed to marry the dashing serviceman, a member of the 166th (Newfoundland) Field Regiment, Royal Artillery.

LISTEN | In a two-part interview, Enid Stevenson shares the secrets to a happy and (very) long life to CBC's Newfoundland Morning: 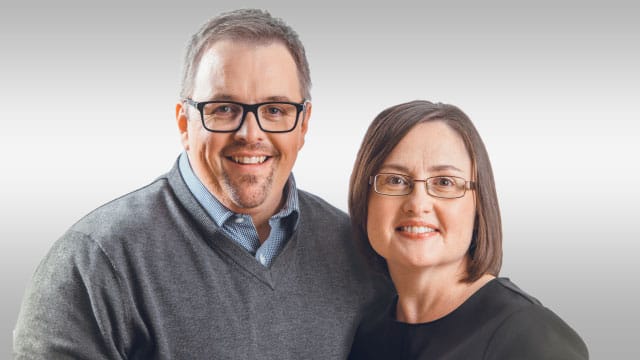 CBC Newfoundland Morning3:54War bride Enid Stevenson who came to Newfoundland turns 100 years old - Interview Part One
Enid Stevenson is a war bride from England who's lived in Corner Brook, NL since the end of World War Two. She's turning 100 on Sunday. Here's Part One of a conversation with her. 3:54 "I was very bad," recalled Stevenson with a laugh. "We weren't allowed to get married when we were training, but he knew they were going overseas. So I got a week off. We decided to get married."

After the war, her husband returned from military service and the newlyweds moved to Newfoundland.

But unlike most war brides, in Enid Stevenson's case, she knew exactly what she was getting into. In fact, a move to Corner Brook was a return "home" for her, too.

Stevenson had lived in Corner Brook herself for several years as a teenager, when her father was chief engineer on the paper carrier S.S. Humber Arm, and her mother decided they'd have more time together as a family if they relocated to Newfoundland.

Stevenson had even become acquainted with the young man who would become her husband, but she left Corner Brook again at the age of 17 to train as a nurse back in England.

The two reunited in England and started dating. The rest is history.

Stevenson's family won't be able to be with her on her special day, due to COVID-19 restrictions. But they'll do what they can from a distance to show their love and to honour her life.

There will be a birthday greeting from Queen Elizabeth, something her family knows will be especially meaningful to Stevenson, because of her love for the Royal Family.

One of Stevenson's grandsons, Michael Feaver, donated 100 bags of vegetables to the Bay of Islands Food Bank Network, in honour of Stevenson's birthday.

"I was extremely happy about that," said Stevenson.

"Some people are having an awful struggle to be able to feed their family."

Bernice Hillier is a host of CBC Newfoundland Morning, which airs weekday mornings across western and central Newfoundland, as well as southern Labrador.