After more than 70 years, nine letters written in London during war-time that were intended for a New Brunswick family but wound up in the hands of an estate-sale shopper in Boston, have found their way home. 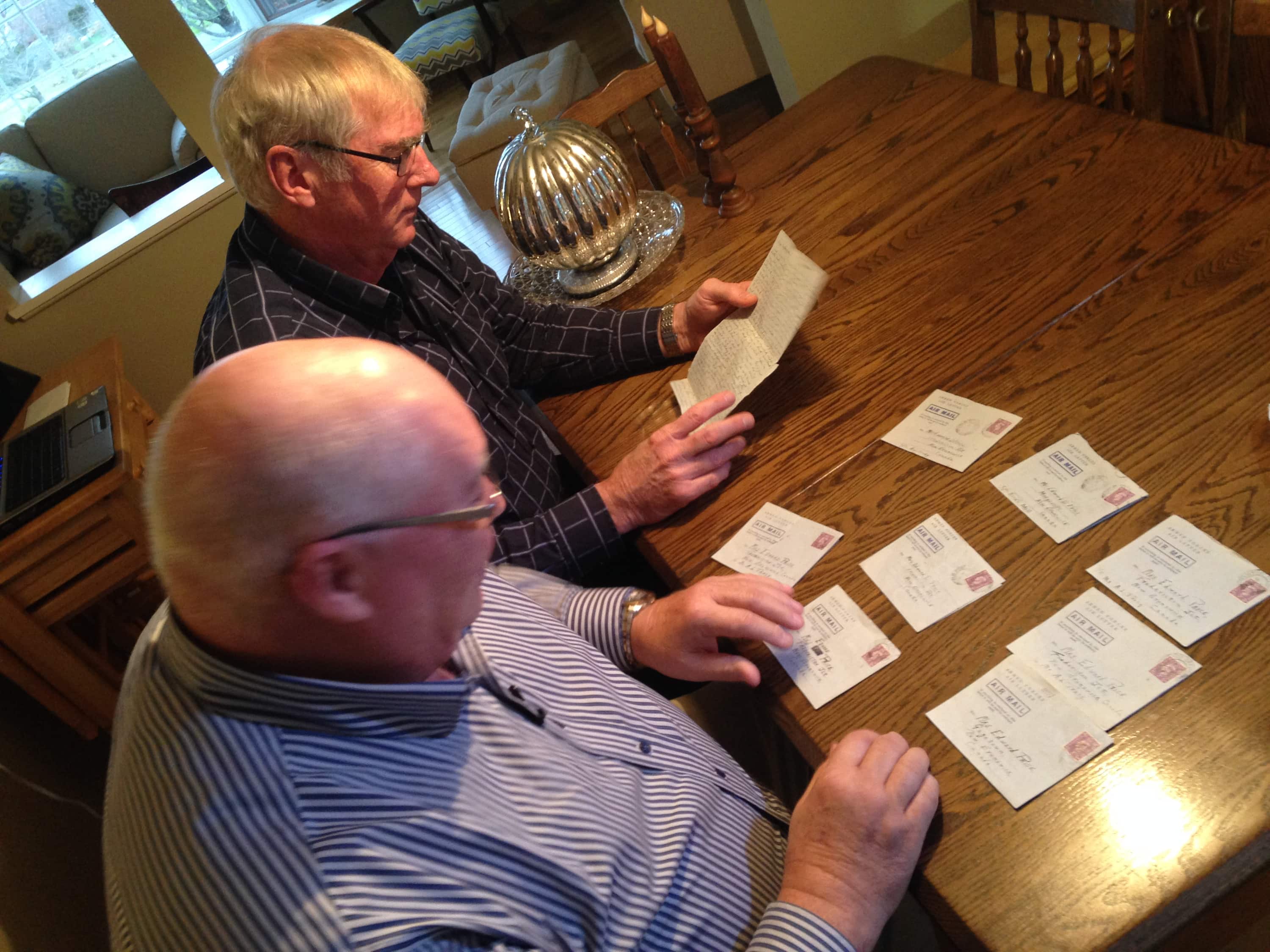 5 years ago
1:39
After more than 70 years, eight letters written in London during war-time have finally been delivered to New Brunswick. 1:39

After more than 70 years, nine letters written in London during war-time that were intended for a New Brunswick family but wound up in the hands of an estate-sale shopper in Boston, have found their way home.

The letters, written by soldier Lawrence Price and his brother for their mother and grandmother in Fredericton Junction, may have never made it to the rural community. The letters turned up several years ago in an estate sale in Boston.

They were discovered in a crate purchased by Muriel Mackenzie. But she died before finding the letters owners.

Before she died, Mackenzie asked her sister, Fern Jordan in Saint John, to locate the family the letters were intended for.

"That was more than eight years ago," said Jordan.

"I looked, and I tried, but I never could find the people there were meant for."

Jordan said she studied the letters, addressed to Edward D. Price, for details.

"It was letters of a fella writing home to his mother and his grandmother," said Jordan.

"He didn't write too much about the war, probably because he wasn't allowed to. But about the countryside and his trips to see friends."

Jordan described the letters, which were written on very thin paper.

"They were very, very nice and you could tell they meant a lot, a son writing his mother," said Jordan. "But they were very precious."

Jordan eventually reached out to her granddaughter, Natasha Craig, showing her the faded hand-written notes and asked her for help in finding the rightful owners.

When her grandmother showed her the war-time letters, Craig said she quickly took the search for the actual owners online.

"She told me [about] their letters and I've been trying to find the owners for years and I said, "Facebook would find the owners of these letters. Someone would know somebody," she said.

Less than 24 hours later with the help of hundreds of shares and the curiosity of complete strangers, the current address of the last living descendants of letter writers had been found.

Shane Kelly was one of the people, who helped track down the two living sons of Price.

"We just did searches online, Googled it and found him. I called him that night."

The search ended when John and Charlie Price, the sons of the deceased Lawrence Price, were contacted by Kelly and Craig.

The arrangements were made and the letters were given back to the family now in Quispamsis more than 70 years after they had been written.

"It's nice to see them and have them," said Charlie Price.

"And know that these are letters from a different time and a different period that my father wrote."

Price said he has no idea how the letters wound up in Boston.