Minister makes no promise to N.B. universities after call for emergency funding

The New Brunswick cabinet minister responsible for universities says he knows they want more money because of the pandemic, but he's not willing to commit to give them any.

Four universities ask for another $10.6 million because of pandemic

The New Brunswick cabinet minister responsible for universities says he knows they want more money because of the pandemic, but he's not willing to commit to give them any.

"I'm not in a position today to say one way or the other whether I have $10 million to give the universities," said Trevor  Holder, the  minister of post-secondary education, training.

Emergency funding for the universities was the topic on this week's New Brunswick Political Panel.

The universities cited a fall in enrolment because of the COVID-19 pandemic as the reason they need the emergency funding.

Holder said the request would have to be considered as part of the budget process "like any other request."

Holder said any additional money would come with difficult conversations about how post-secondary education is funded in the province, even though the request for new funding was framed by the universities as an emergency request.

"The whole world's in an emergency right now," said Holder. "We're all facing challenges with COVID and the government of New Brunswick is no different." 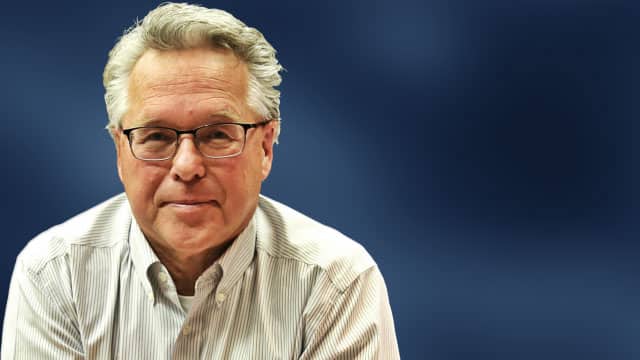 The Political Panel from CBC News New Brunswick51:29Feb.18 Political Panel: University Funding
New Brunswick's 4 Universities are asking the province for 10.6 million dollars in Emergency Funding, that's in addition to the 230 million dollars the Universities already receive. U.N.B, U de M, Mount A and St. Thomas say they need the money because of shrinking enrollment and increasing costs connected to the pandemic. To talk about that this week on the panel: New Brunswick's Minister of Post Secondary Training and Labour Trevor Holder, Jacques Leblanc for the Liberals, Megan Mitton for the Green Party and Kris Austin the leader of the People's Alliance. 51:29

Liberal Jacques LeBlanc said the government is in a "Catch-22" situation when it comes to the funding, but he questioned its intentions in general.

"I'm very doubtful that this government even has the want to help these post-secondary education institutions," said LeBlanc, the MLA for Shediac-Beaubassin-Cap-Pelé,

"Is he getting marching orders from the Premier's Office or is he really sincere when he says we need to to look at the whole picture of the funding model?"

Green MLA Megan Mitton said she believed the universities should receive the extra funding, adding the province has found money for other things during the pandemic.

"The government just announced that they could find $20 million for a private company to work on, you know, nuclear technology that's risky and unproven," said Mitton.

"I think they can find at least half of that to make sure that our publicly funded universities are able to stay afloat."

People's Alliance Leader Kris Austin said he's received many emails from students upset that their tuition has increased for the year, even though in-person instruction has been cut.

"With so many other issues in the province and so many other areas that need help, I'm hard-pressed to just write a cheque if I was government"