The University of New Brunswick's history department has put a callout to Indigenous communities who are seeking help gathering information for land claims and genealogical records. This follows the remains of an estimated 215 children being discovered at the site of a former residential school in Kamloops, B.C.

The University of New Brunswick's history department has issued a callout to Indigenous communities that are looking for documents or historical research.

Historians are offering pro bono research and assistance in a variety of areas, including assistance with land claim documentation and locating genealogical records.

It's work the department has been doing as part of an ongoing effort to honour peace treaties and move toward reconciliation.

But in the wake of the discovery of the remains of 215 children on the grounds of a former residential school in Kamloops, B.C., it has put an accelerated push on the outreach.

In an interview with CBC Radio's Shift on Tuesday, assistant history professor Angela Tozer said the department sees the pro bono research offer as "part of our civic responsibility."

"We see this as the least we can do, considering this really horrific ongoing colonial process," said Tozer, who teaches Canadian studies at the university.

Tozer said historians are trained to find information that may not be readily available to the general public, and that there has been ongoing discussion about releasing documents more widely.

"Canadian historians write history from these primary sources and sometimes these documents are right in front of historians ... but haven't necessarily been deemed important enough or useful enough to bring out and discuss widely," she said.

"So we're just hoping to get that out as well."

Listen: Dr. Angela Tozer speaks with the CBC's Vanessa Vander Valk on the pro bono work being done by the UNB history department 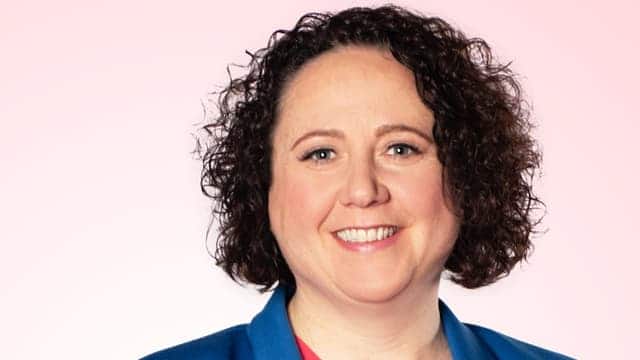 Shift - NB7:17Pro Bono Research
The UNB history department is rethinking its role, and how it can better serve this province's Indigenous communities. We'll speak to assistant history professor Angela Tozer about the pro bono research the department is hoping to do more of. 7:17

The quest for knowledge

University of New Brunswick professor Erin Morton is familiar with the many challenges that can hinder finding archival records.

"Part of the colonial structure of a settler state like Canada is that the archives that keeps the records of that state, sometimes, you might not actually find the exact type of record where you would expect to find it," said Morton, who has experience with archival research.

Cost can also be an issue, Morton said.

While some researchers might waive fees for their services, it can cost upwards of $25 per hour for a First Nations community to hire a professional to parse through documents stored at an archive.

"The reason it becomes cost-prohibitive is because as much as we want to find particular documents, sometimes they're hard to find," she said.

"For example, with the Shubenacadie residential school, that would be in the archives in Nova Scotia. But actually, maybe that record was kept in the Imperial Metropole, in an archive in London."

What is considered 'valid'?

For Natasha Simon of the Elsipogtog First Nation, the history department's offer is an encouraging step.

Simon, who is Mi'kmaw and the director of the Mi'kmaq-Wolastoqey Centre at the university, lauded the department's efforts to pursue work that may help Indigenous communities reclaim land from the government.

However, she said, the framing of land-claim validity is inherently racist.

"We have to prove that the land is ours in the first place," she said, noting that stems from "the idea that when Europeans arrived, the lands were vacant ... which is based on a very racist understanding of Indigenous people as uncivilized."

Colonialism has compounded the issue by forcing some Indigenous communities to turn to non-Indigenous experts to gather land-claim information.

"The reason that we need professional historians is because of the educational achievement gap within our own communities," Simon said.

"Though many of us are becoming professional historians, lawyers and doctors, that achievement gap remains ... So they have to resort to paying for the services of non-Indigenous consultants, historians and archaeologists."

In April, a historic land claim settlement was reached between the Madawaska First Nation and the federal government paying $145 million to the community.

The dispute, which was in the courts for more than two decades, is the largest settlement in Maritime history.

It includes an option for the First Nation to acquire up to 783 hectares to add to its reserve.

Tobique First Nation also accepted a $39M land claim settlement from the federal government in 2016. This was compensation for 10,000 acres of land near the reserve — or more than 4,000 hectares — that were taken over by Ottawa a century ago.

Tobique First Nation was in negotiations over the claim with the federal government for more than 40 years.