An organization that helps Canadian food banks is sounding alarms over the number of people using the service.

An organization that helps Canadian food banks is sounding alarms over the number of people using the service.

"We do a census-style count of those that are using food banks all across the country," said Kirstin Beardsley, chief networks services officer with Food Banks Canada .

Food banks across the country recorded a total of 1,096,935 last March.

It's not possible to compare numbers to the previous year because Food Banks Canada has changed its methodology, but Beardsley said the numbers aren't good.

"This is just an unacceptable number," she said. "It's just a shocking number and it has to go down." 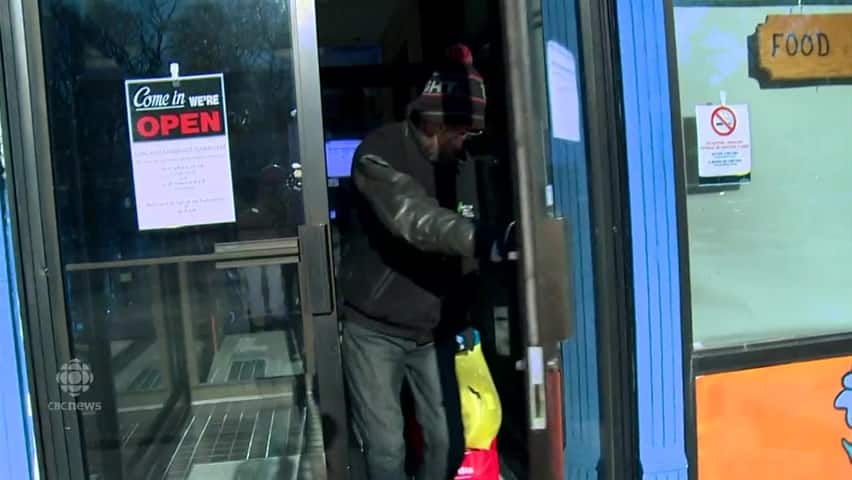 2 years agoVideo
1:00
The number of people who are using food banks in Canada tells a sad story of how things are in the country right now, said Kirstin Beardsley from Food Banks Canada. 1:00

Beardsley said the visits by single adults and children are disproportionate to their share of the provincial population.

Nationally, 35.2 per cent of people relying on food banks are children, while they only represent 20 per cent of the total population.

"It's a sad story of how things are in Canada right now," Beardsley said.

In all, New Brunswick food banks provided the equivalent of 82,860 meals and snacks last March. 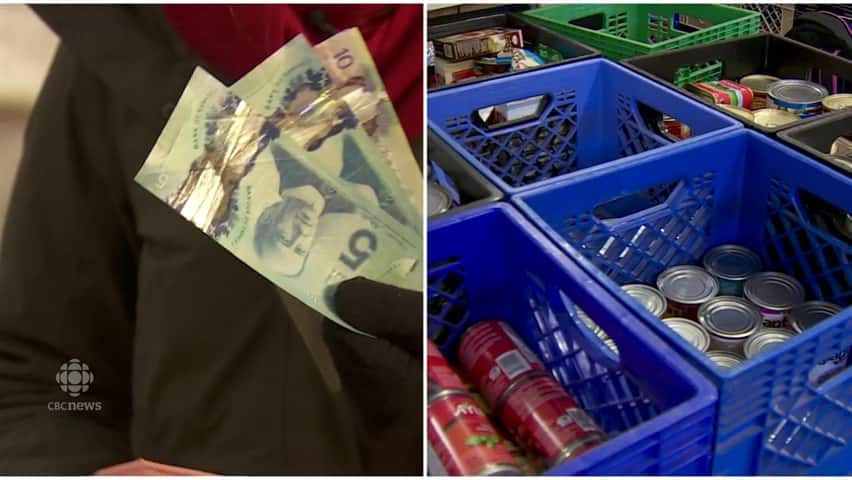 Should you give your food bank cash or cans?

2 years agoVideo
1:58
Food banks can spend their money more efficiently than the average shopper, meaning they can buy more (and the right kinds) of food when they need it most. 1:58

This is why Food Banks Canada has recommended a basic income.

"Piloting different basic income projects across the country so we have evidence for what works and so we can build some public policy positions on that," Beardsley.

Other recommendations include standardizing early learning and child care as well as increased support for single adults.