Fight! Councillors clash over who foots the bill for UFC in Moncton

Two Moncton city councillors are duking it out over whether taxpayers should subsidize the Ultimate Fighting Championship at the city's new arena next month.

​​Two Moncton city councillors are duking it out over whether taxpayers should subsidize the Ultimate Fighting Championship at the city's new arena next month.

"An economic generator is how we looked at it as a city council," Deputy Mayor Greg Turner said Wednesday.

Turner said events like the UFC, a mixed martial arts show, bring economic benefits to the city, and the UFC is sought all over the world.

"They really, really wanted to come to Moncton," Turner said in an interview with Information Morning Moncton. "They had never been to New Brunswick.

"At the same time they knew about our beautiful new Avenir Centre being built at the time."

But Coun. Paul Pellerin also appeared on the program to argue against the subsidy.

A city staff report said similar events have generated at least $3 million in economic activity in other centres, and nearly $30 million in larger cities.

The UFC event would be broadcast on the Fight Network, TSN in Canada, Fox Sports in the United States and cable networks in 150 countries.

Why are we picking and choosing certain events and putting that kind of money in? - Coun . Paul  Pellerin

Turner said the one-day UFC event would see a minimum spinoff of between $3 million and $5 million.

Although the city will look at the hard economic impact of the UFC, Turner said, 1,000 nights are already booked for the 200 people working with the organization.

The city will pay $100,000 from a reserve account while the Events Moncton committee, funded by the city and provincial governments, will cover an additional $50,000.

Pellerin has said the city shouldn't pay any of it — especially since taxpayers didn't cover the cost of recent events such as the Keith Urban concert or a home opener the Moncton Wildcats played against Saint John Sea Dogs, which were both sold out.

In August, the City of Moncton also agreed to cover up to $333,000 in financial losses by the Moncton Magic in the basketball team's first season playing in the city's new events centre.

"Why are we picking and choosing certain events and putting that kind of money in?" he asked in an interview. "It goes against the premises of the whole concept in the first place."

Taxpayers on the hook

"That [money] is not going to go to the City of Moncton, it's going to go up to Toronto," he said. "As long as we're honest, telling them where their money is going to go."

And if council continues to subsidize events, the public should know about it and a line should be written in the city's budget, Pellerin said. 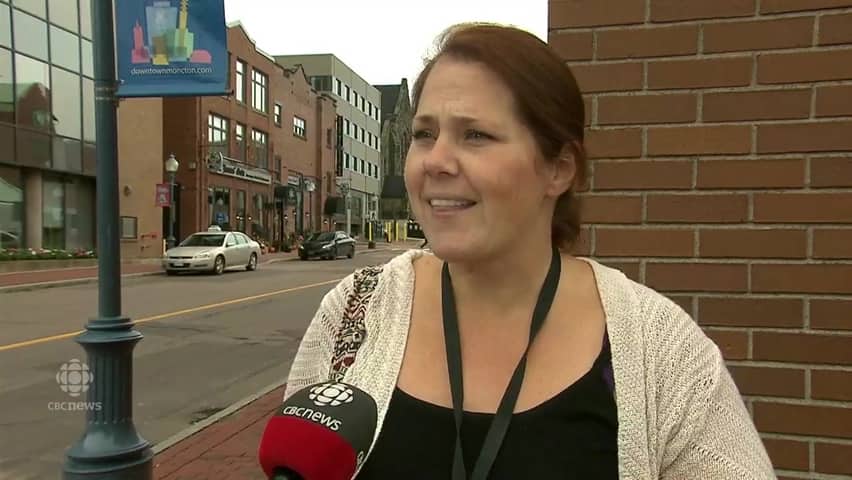 2 years agoVideo
1:05
Moncton residents share their thoughts on the city spending $150,000 to subsidize a UFC fight at the Avenir Centre. 1:05

Turner said one of Moncton's major disadvantages is it doesn't have a hospitality levy to attract bigger events. The province turned down a levy about six months ago.

Charlottetown has a levy worth more than $3 million, and Halifax gets more than $25 million from one.

Some parts of New Brunswick have their own hotel levy, but it is not legislated across the province.

The levy is a fee that hotel and motel guests pay on top of their room charges, with the revenue often going to local tourism promotion.

While Pellerin agrees there should be a hotel levy, he said the city needs to be careful about what it asks for. He suggested the province could decide to just take revenue from the hotel levy for itself.