The Fredericton-Moncton Highway has diverted a significant amount of traffic away from many small communities that once relied on the old highway to bring in tourists, according to a former Sussex mayor. 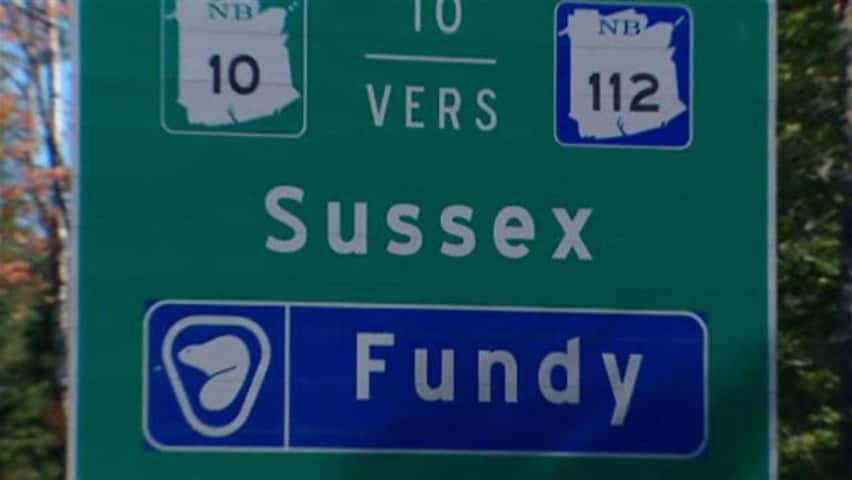 9 years agoVideo
2:56
Sussex reflects on how the new Trans-Canada Highway has shaped the town in the last decade 2:56

The Fredericton-Moncton Highway has diverted a significant amount of traffic away from many small communities that once relied on the old highway to bring in tourists, according to a former Sussex mayor.

When the new highway was being planned, many politicians and business leaders in communities around Sussex were worried about their future.

Emily Palmer told CBC News in 1996 that she feared for many communities in Queen’s County, such as Coles Island, Youngs Cove and Cambridge Narrows.

Those concerns about the economic viability of businesses in the region have proved accurate, according to the former mayor of Sussex.

"Everything is bypassing us," Palmer said in a recent interview

"So we've seen a lot of small businesses that have closed. A few have opened, but a number still haven't stayed."

Sussex is now 35 kilometres south of the new Trans-Canada Highway, instead of being a convenient stop along the old highway.

The Frank McKenna government pushed forward with the idea of building the four-lane highway in the 1990s over concerns that too many people were being killed or injured on the old two-lane stretch of road.

The safety of the new highway isn’t in question. There are roughly two fatalities a year on the new highway, which is far lower than the old highway.

Statistics from the Maritime Road Development Corp., the highway’s operator, show the 195-kilometre stretch of highway has the safest record of any major highway in the province.

While motorists can still take the old highway that winds around the St. John River and through the rural areas near Sussex, the new highway slices about 30 minutes off the trip between Fredericton and Moncton.

Businesses in southern New Brunswick started noticing the drop in tourist traffic within a few years of the highway opening.

That prompted several businesses to build the Covered Bridge Tourist Information Centre in 2003. The centre is just off a highway exit near Coles Island.

Bill Crouch works at the information centre and tries hard to divert tourists from the four-lane highway onto the scenic road.

Crouch said he's making inroads by sending around 10,000 visitors every year toward Sussex.

"Sixty per cent of all the people who stop on the highway actually go that way. That's a big number. If we weren't here, they'd be going on that highway," he said.

The information centre has the standard promotional maps and pamphlets that tourists can pick up anywhere. But Crouch isn’t afraid to bring out his flamenco guitar to entertain tourists.

He said part of his job is to convince people to ditch their technology and trust him that his routes are better.

"If you have a GPS and you're going from Fredericton to Hopewell Rocks, it's going to take you to the north part of Moncton and then you have to drive all the way back down into Higway 114 to go to Hopewell Rocks. And then, what do you see?"

The highway isn’t the only significant change to the region’s economy in the last 10 years.

Sussex has benefited from Potash Corp.’s decision to construct a $1.7-billion mine next to its existing facility.

The tax base in Sussex has gone up by nearly $154 million in the last 10 years.

Kevin Black, a local clothing store operator, said the town is surviving despite the loss of some of the traffic that is now bypassing it along the highway.

"I think that businesses are holding their own, and don't see any empty store fronts in Sussex, and we're attracting new businesses since the highway left," he said.