The mother of one was the province's first female leader of the Opposition, when she served as the interim Liberal leader in 1985, between Raymond Frenette and Frank McKenna.

Dysart, a former teacher, was also the province's first female education minister in 1987, and the first woman to be the Speaker of the New Brunswick Legislative Assembly in 1991.

She was appointed a member of the Order of Canada in 2004. The governor general's website described her as a "caring, committed and dynamic citizen," and "tireless volunteer."

Her son, Britt, says that when he teased her about her success, she said that didn't matter.

"She'd look at me and say, 'That's not what it's about. It's about what you do with the opportunities you have.'"

Dysart was first elected in 1974 as the Liberal MLA for what was then the Saint John North riding, making her the second woman in the province's history to win a seat in the legislature.

Aldea Landry, who was elected in 1987 and served as a minister and MLA in the McKenna government, remembers Dysart fondly for her "kindness" and willingness to help.

"She was much more experienced politically than I was," said Landry. "I always looked up to her. So I would go to her for advice."

The seven Liberal women elected that year "were a close-knit group," Landry said.

"Shirley was our mentor and our guide."

Dysart was also actively involved in community affairs, serving as president of the Catholic Women's League Council, president of the University of New Brunswick Alumni Council, and a member of the board of governors of the Beaverbrook Art Gallery, among other roles.

She was born in Boston, Mass., but attended school in Saint John and graduated from the New Brunswick Teachers' College and the University of New Brunswick. 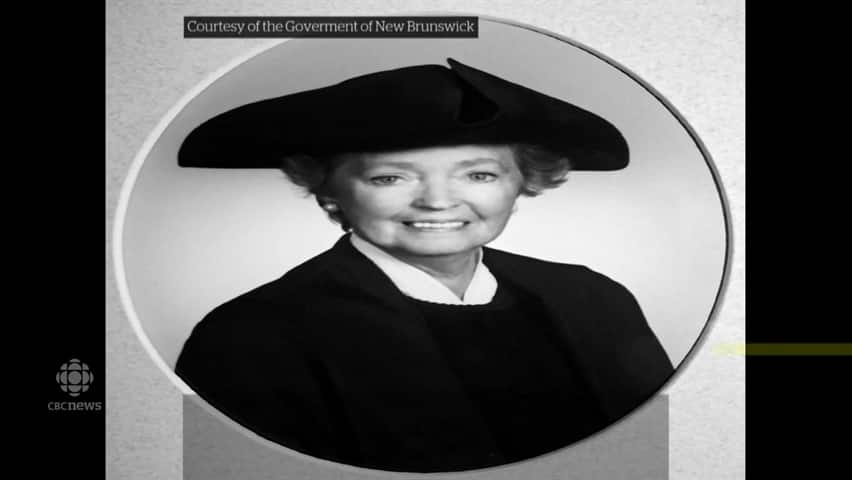 4 years ago
0:32
New Brunswick political trailblazer Shirley Dysart passed away Wednesday at the age of 88. 0:32

With files from Jacques Poitras