The New Brunswick government is pushing forward with a new regulatory regime to oversee any future shale gas development, Energy and Mines Minister Craig Leonard announced in the legislature on Wednesday. 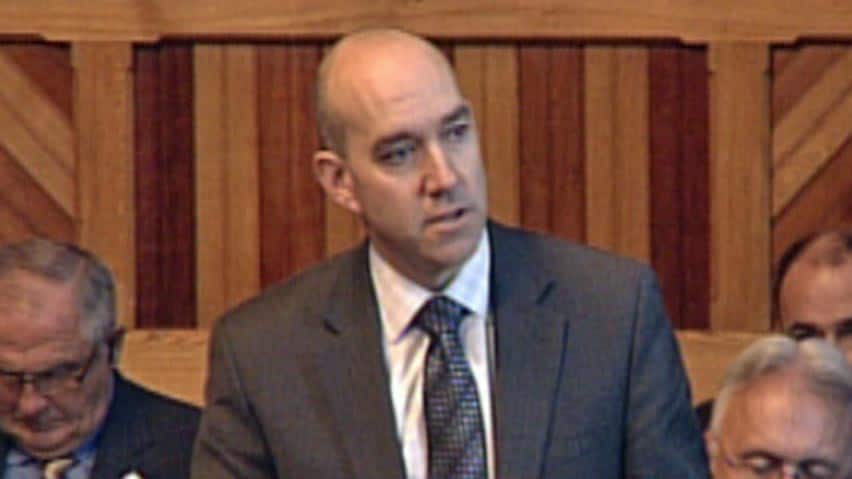 The New Brunswick government is pushing forward with a new regulatory regime to oversee any future development of the shale gas industry, Energy and Mines Minister Craig Leonard announced in the legislature on Wednesday.

The Alward government received two reports earlier this fall that offered detailed recommendations on how the province should move forward with the shale gas industry.

Leonard’s statement offers the first official response to those reports and how the New Brunswick government plans to tackle the thorny debate over shale gas exploration.

Opponents to shale gas exploration have called for an outright ban on the contentious industry, while the Opposition Liberals have indicated a moratorium is needed until more research can be done.

The province’s energy minister said those options are not viable.

"Both reports came to the same conclusion — a moratorium on shale gas exploration was neither required nor desirable in New Brunswick as it would effectively limit the research and exploration required to learn more about the potential of the industry," Leonard said.

Leonard said he will release a blueprint for the oil and gas sector in the spring of 2013 "in advance of expected exploration activities."

The shale gas industry could also see new regulatory agencies crop up in the province. Leonard said he will look at the creation of an Oil and Gas Commission and an Oil and Gas Secretariat, which were both recommended in Louis LaPierre’s report.

"We agree that public health, environmental protection and optimized land use are priorities and will investigate how to best manage these areas," he said.

There have been protests across the province organized by citizens who are worried about the long-term impacts of the shale gas industry.

The Alward government released more than 100 proposed regulatory changes in May to the oil and gas sector, which were designed to strengthen the rules governing the industry.

LaPierre was then hired to consult with citizens on those draft proposals.

His report offered a series of recommendations on how those regulations could be changed.

"We will move forward with implementation of these requirements into a rules and regulatory framework that is strong, robust and which will ensure the integrity of our social and natural environments, as well as the strength of our economy for future generations," Leonard said in a statement.

"The final technical review of the rules will be completed by the end of the year and all activity taking place in 2013 will be required to adhere to the new rules."

The government is starting talks now with the province’s universities to set up an independent research institute that will study the natural gas sector. Such an institute is another recommendation from the LaPierre report.

"Recognizing that the lack of peer-reviewed information in the public domain has created confusion over this issue, discussions will be initiated with New Brunswick universities to determine the best manner in which we can move forward with this recommendation, as we believe that academia can, and must, play a key role in developing our own knowledge base for natural gas right here at home," he said.

The energy and mines minister said the provincial government needs to look closely at the opportunities provided by the shale gas industry.

Citing U.S. Department of Energy statistics, Leonard said that would be enough gas to heat every New Brunswick home for 630 years or to supply all of the province’s residential, commercial and industrial needs for more than 100 years.

"This needs to be considered along with the fact that New Brunswick’s current natural gas supply from offshore Nova Scotia is running out," he said.

"Estimates vary but without a domestic source, we will be facing serious supply issues within five to 10 years in our province."