Wendy Keats, who has been living off the NB Power grid in her Salisbury area home for about 10 years, says she is saving money and is offering workshops to help others do the same. 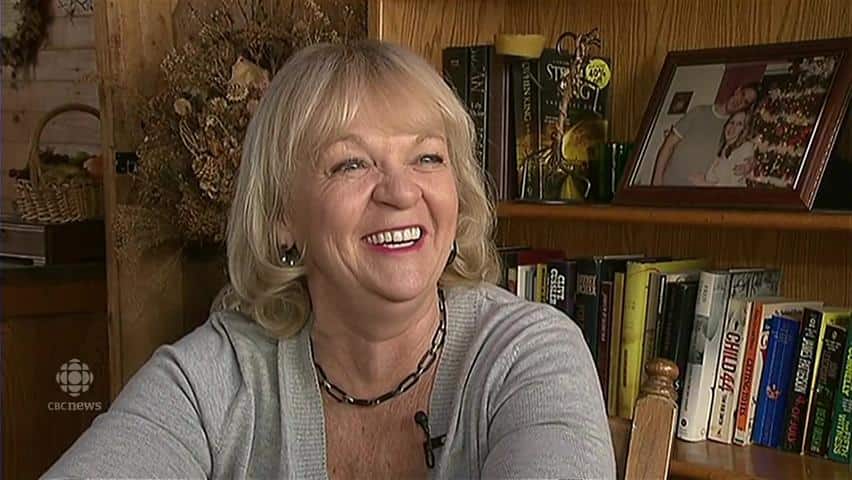 Wendy Keats cut ties with NB Power when she moved into her home outside of Salisbury 10 years ago and has been living off the grid ever since.

She says she had always been environmentally conscience and saw her new home in the country as an opportunity.

"I figured, 'Oh, I should practise what I preach,' so I went off the grid."

It's an investment that quickly pays for itself and then you don't have a power bill, and there's nothing any better than that.- Wendy Keats

Now, Keats says she wouldn't dream of living any other way.

"I couldn't imagine going back on the grid — you'd have to take me kicking and screaming," she joked.

Eight solar panels generate most of her power and two wood stoves, along with large south facing windows, keep her one storey home warm.

"Fridge, stove, deep freeze, I work from home so I have computers, monitors, printers, washer, dryer, radio, television and all those sorts of things."

Keats also has a propane generator as a back up.

"It took about five years for my mother to stop calling me every time her power went out to say, 'Did your power go out?'"

Keats admits there are some things at her home that are unusual.

She has an on-demand tankless water heater that is fired by propane and a waterless, compostable toilet, which means she doesn't need a costly septic system.

Financially, living off the grid has been worth it, she said.

"Otherwise you're pouring all your money into NB Power's pockets. I went to Jamaica last year."

Keats estimates her current system would cost about $10,000 today, and would pay for itself within a few years.

"I think that's one of the myths that is out there, that it costs a lot of money, but it really doesn't," she said.

"It's an investment that quickly pays for itself and then you don't have a power bill, and there's nothing any better than that."

Keats says there were some bumps along the way, but knowing what she knows now, her only regret is not cutting ties with the power company sooner.

"The peace and quiet is one, I don't think people realize the hum with power lines until you're away from it."

Keats is now passing on what she has learned through workshops and word of mouth as she tries to help others use less electricity.

In an email, NB Power says it is seeing an increase in customers who generate their own electricity to offset their consumption.

Most people still remain connected to the grid, however, so they can meet their needs when their own generation system cannot, the utility said.

NB Power currently has 47 such customers, the majority of whom use solar power, and that number is rising by about 12 customers every year.

The utility also has a competition underway between the Fredericton and Moncton areas in an effort to get New Brunswickers to take steps to use less energy, especially during peak times for consumption, such as early morning and evenings.

The Beat the Peak challenge will continue until Feb. 6.

NB Power will donate $10,000 to the YMCA in the winning community.