The New Brunswick Nurses Union says four nurses and a doctor are recovering from a violent episode at the Saint John Regional Hospital on Monday — an incident some say underlines a bigger problem. 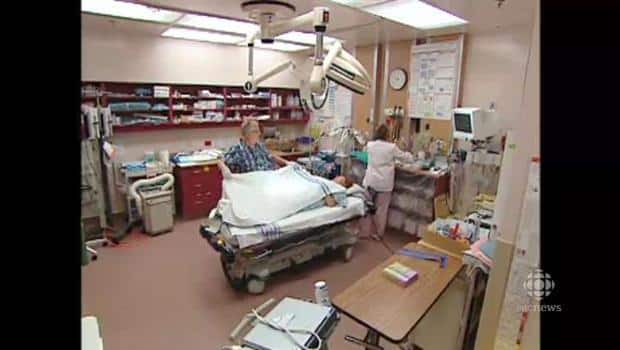 7 years agoVideo
2:26
The New Brunswick Nurses Union confirms several nurses in Saint John were assaulted by a patient Monday and are asking for an immediate meeting with Horizon Health Network to discuss the incident. 2:26

The New Brunswick Nurses Union says four nurses and a doctor are recovering from a violent episode at the Saint John Regional Hospital on Monday — an incident some say underlines a bigger problem.

Saint John police say they were called last Sunday by a father in distress who said he was assaulted while trying to get his 19-year-old son into the Saint John Regional Hospital for a mental health assessment.

While police were searching for the 19-year-old, he was struck by a vehicle on University Avenue and taken to hospital.

The nurses union says that is when nurses became involved with the man, resulting in several of them being physically assaulted. They suffered soft tissue injuries, bruises and cuts. Some are still off the job.

The patient’s name hasn’t been released.

“This was a very unfortunate incident… it's been a very upsetting situation for the patient, staff and their families,” said the hospital’s executive director Brenda Kinney.

“Certainly, the patient was experiencing some medical conditions but nothing was flagged to indicate that a situation like this might occur.”

Kinney said the hospital initiated a code white and held a debrief the next day. A code white is called when there’s a physical threat.

Abuse an issue for union

Marilyn Quinn, head of the New Brunswick Nurses Union, said she's been raising safety concerns for more than a year but no concrete action has been taken.

“Violent incidents are occurring in the workplace, and not just in hospitals, in nursing homes. And our question is, is enough being done to prevent them,” she said

She’s a casual nurse who says she fears for her safety every day she goes into work, partly because she's been physically abused by patients in the past.

She wasn't at work when the attack took place, but she said she knows the people who were injured.

“People need to be aware that this is happening. It's happening on a daily basis. Nurses and all health-care workers need to be comfortable reporting these things and need to know that people support them,” she said.

McEvoy said some nurses need access to panic buttons, like ones they can wear around their neck.

She also said the hospital could do a better job of screening dangerous patients and making sure the information is shared with those at risk.

Quinn said she’s asked for a full report on what happened. The union will meet with the hospital's executives next week.

Saint John police say they received a call late Monday from the father who had reported his son missing, saying the son had been admitted to hospital and there had been an incident there.

Police said no staff member has made an assault complaint, but if one comes forward they will conduct a criminal investigation.