Nine Roman Catholic churches in the Saint John Diocese will close by September, the church told parishioners on Sunday.

31 priests will tend to the remaining 70 churches, diocese will form 27 parishes out of existing 58

Declaring itself "no longer in a positive financial situation," the Roman Catholic Diocese of Saint John announced plans today to close several of its church buildings and merge parishes in an effort to contain costs and revitalize flagging church attendance.

In total, nine sites of worship will close by September: one church in the Fredericton region, three in the Miramichi region and five in the Saint John region.

"I don't take any pleasure in closing churches," Bishop Robert Harris told CBC News. "We did what we had to do."

The churches that will be closed in the Saint John region are:

One church will close in Fredericton:

Three small mission churches in the Miramichi region will also close. They include:

In total, 31 priests will tend to the remaining 70 churches. Whatever debts a parish has will need to be dealt with by the parish itself, Harris said.

"They're going to have to look at employees and see how much money they need," he said.

While acknowledging these decisions won't satisfy everyone, Harris said earlier proposals to close 35 per cent of the churches in the diocese, about 27 buildings, "shocked people".

"I looked at all that and some of the proposals that were being made with good intention and I just said, no I can't endorse that, I can't promote that."

In a letter from the bishop read to parishioners at services on Sunday, Harris said "the focus of this process is on the merger of communities into new parishes rather than the closure of churches." 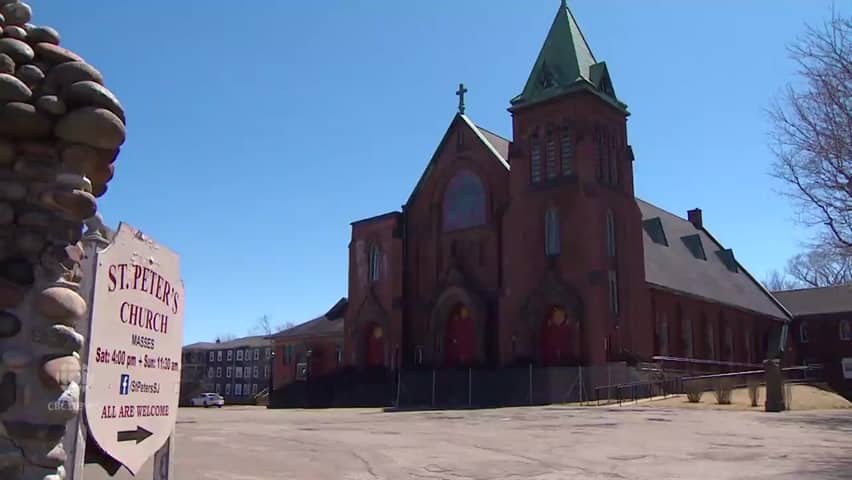 9 Catholic churches to close before September

3 years agoVideo
0:48
Parishioners at 9 churches learned Sunday their places of worship will be closed in the fall 0:48

But for those hit hardest by the news, more heartbreak may be on the way.

Each of the 27 consolidated parishes will have to decide how many churches it needs and how many buildings it can afford.

As a result, more church closures may be inevitable.

'I haven't passed the buck'

Parishes will still need to ask his office permission to close churches, but Harris recognizes some might see him as passing responsibility for the tough decisions onto churchgoers.

"Anyone [that] thinks I've passed the buck, that's what they're going to think. I haven't passed the buck because I'm not a dictator. The laity have to take ownership. We're in it together."

He said an ongoing dialogue between those in the pews and the bishop's office will continue.

He said particular thought went into ensuring that First Nations and French communities were left alone.

"They needed to continue to be and have a place to be," he said, but warned these worshippers will also have to find a way to pay for their churches.

Many churchgoers in the diocese won't be shocked by the plan. Harris, his priests and members of the Catholic lay community have been wrestling for a decade with the dilemma of declining attendance, falling revenues and too few priests.

In 2016 the diocese sought help from the Catholic Leadership Institute — a U.S.-based organization that has assisted many American and Canadian dioceses with similar population problems. They surveyed 55 per cent of attendees in the Saint John Diocese, about 6,600 people.

It was also concluded that priests were open to plans to realign the diocese.

'They will be cared for'

"People kept saying, it's your call bishop. So I've called it," he said.

While some might bemoan the fate of their parishes or churches, Harris believes others will be relieved at having the burden of trying to run churches with crumbling infrastructure off their shoulders. He said he's trying to realign the diocese, without forgetting those he leads.

"I know that, predominantly, we have a lot of faithful, dedicated elderly people that have been coming to church all their lives. And they're still coming to church," he said. "I want them to know they will be cared for."