The owner of a Saint John jewelry store thinks he was the target of professional thieves after a pair allegedly took off with a $10,000 diamond.

Owner of W. Smith and Co. Fine Jewellers thinks he was targeted by professional thieves 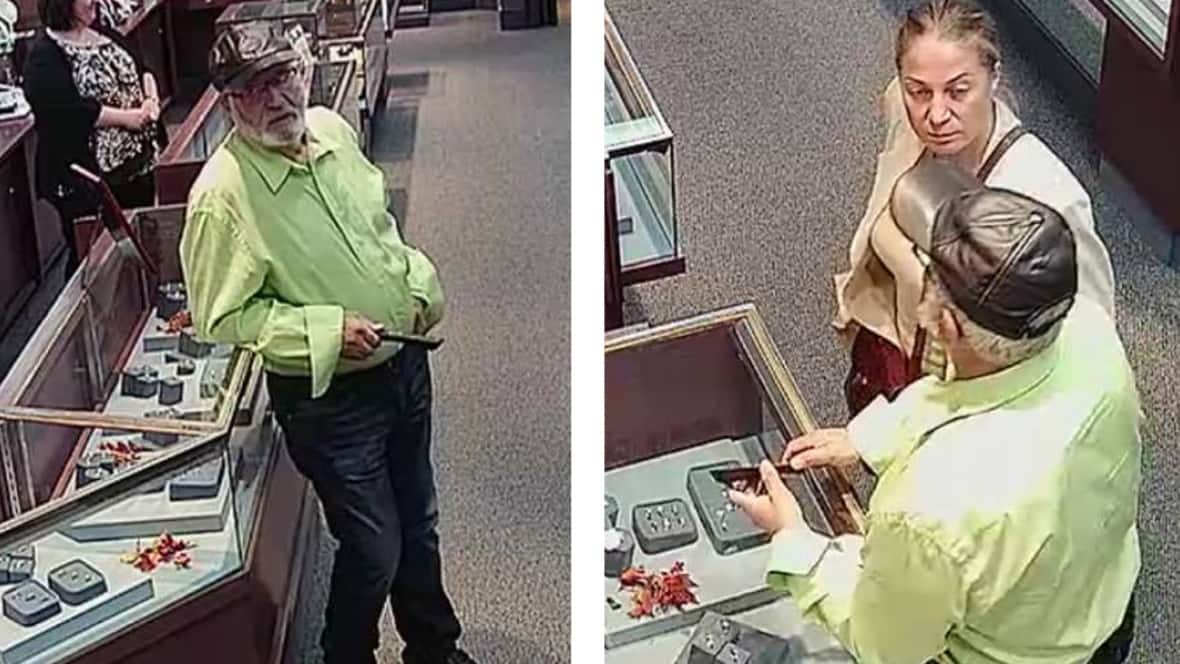 4 years agoVideo
3:33
The owner of a Saint John jewelry store believes he was the target of professional thieves after a middle-aged couple came in asking to look at diamonds and soon after, staff discovered a $10,000 stone was swapped for a fake. 3:33

The owner of a Saint John jewelry store believes he was the target of professional thieves after a middle-aged couple came in asking to look at diamonds and soon after, staff discovered a $10,000 stone was swapped for a fake.

This isn't the first time someone has stolen from Wayne Smith, but in the 24 years he's owned his Brunswick Square jewelry store, this may be the slickest theft he's encountered.

Late last Friday afternoon, Smith said a man and a woman asked to see loose stones at W. Smith and Co. Fine Jewellers. An employee was in the process of showing the couple a one carat diamond, and Smith said they struck when she turned her back to reach for a diamond sizing chart.

"They were very professional and very smooth," Smith said. "They were able to take the stone and switch it as she turned her back to grab the chart."

Smith said the couple asked to see a larger diamond and when the man attempted to handle it, his employee got suspicious.

"They left the store, we went back on the tape," said Smith.

He said from watching the tape, he discovered the real diamond likely ended up in the man's back pocket. In place of the $10,000 diamond, Smith said the man swapped a cubic zirconia.

"They are very slick," he said, suspecting the pair have pulled off similar capers.

Perhaps because of their age and bright clothing, the store originally suspected the couple to be cruise ship passengers. Saint John Police Force Sgt. Charles Breen said in a statement an officer did go through passenger identifications with the port - and, while that avenue hasn't been ruled out completely, it's not where the investigation is leading now.

"We do have a person of interest that we are going to speak with," he said.

Despite losing a valuable stone in the theft, Smith admits he was a little reticent about sharing the story. Other jewelry stores which have experienced thefts in the past are often embarrassed, he said. While he shares that feeling, he said the principle is what made him go public.

"This is my inventory, I've paid for it, it's like having something stolen when somebody breaks into your house," said Smith. "You feel violated."

Smith said he's thankful for the high definition security cameras he installed in the store. While the couple may have tricked his staff, he's certain they didn't pull a fast one on the cameras.

Smith is releasing the photos and video of the caper, which he hopes will lead to an arrest. For the return of the diamond, he's promising a generous reward.

While Smith crosses his fingers and hopes the diamond turns up, he has changed a store policy to prevent future thefts. From now on, anyone handling loose stones will be required to offer photo identification.

Matthew Bingley is a CBC reporter based in Saint John.