A Saint John redemption centre is asking for the public's help to identify a person who has been repeatedly stealing donations that were destined to help the Children's Wish Foundation. 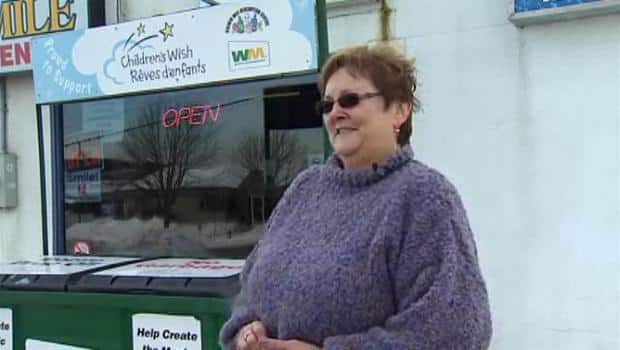 8 years agoVideo
2:40
A Saint John redemption centre is asking for the public’s help to identify a person who has been repeatedly stealing donations that were destined to help the Children’s Wish Foundation. 2:40

A Saint John redemption centre is asking for the public’s help to identify a person who has been repeatedly stealing donations that were destined to help the Children’s Wish Foundation.

The Golden Mile Redemption Centre, one of Saint John’s largest bottle return depots, has been collecting bottle deposits for the children’s charity.

Last year, the redemption centre raised more than $5,100 for the charity that helps grant wishes for critically ill children.

But this year the donation may not be as large. Debbie Taylor said a video camera has caught on multiple occasions an unidentified individual pulling a pickup truck next to a bin and taking all of the bottles.

Taylor said she has been unable to identify the culprit in order to call police. But after three straight thefts the centre's had enough.

She has tough words for whoever is taking the bottles from the redemption centre.

"Low life. There's nothing I can say, I just can't imagine someone stealing from the Children's Wish [Foundation]," she said.

She said the depot is taking additional steps to protect the donations and catch the thief. Cameras have been moved closer to the bins to try and capture a face or a licence plate for the next visit.

Taylor said the bottle thief has escaped with at least $300 that would have otherwise gone to the children’s charity.

The Children’s Wish Foundation funds about 50 wishes for New Brunswick children every year.

Last year, Jason Ellsworth said the organization allowed Ethan, a 14-year-old leukemia patient, attend the National Basketball Association’s all-star weekend in Orlando. As well, Mia Beckett, 5, received an accessible bedroom makeover, which was complete with a castle for a bed.

Ellsworth said those donations are critical for the charity to be able to deliver wishes for children, such as Ethan and Mia.

"Donations from our community drive the Children's Wish Foundation so without those donations that are coming from our  community those children are not going to get those wishes," he said.

"I think it’s horrible and it’s unbelievable that people would have to resort to doing that for a couple dollars in their pocket to take away from children with special needs that do not get to lead the type of life that everybody else does," Beckett said.