Rothesay snowplows to be tracked online

Rothesay residents will soon be able to track where the town's snowplows are located and determine when their street will be plowed, thanks to a new GPS system. 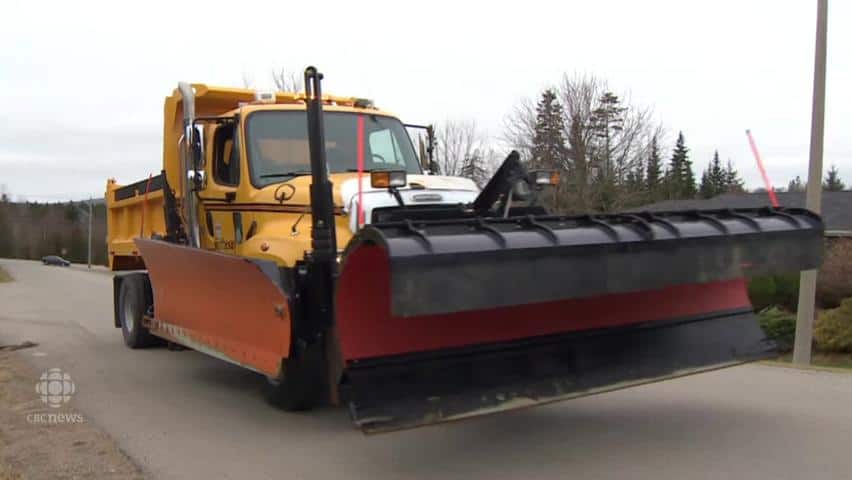 6 years ago
2:00
Rothesay residents will soon be able to track the location of the town's snowplows online, thanks to a new GPS system. 2:00

Rothesay residents will soon be able to track where the town's snowplows are located and determine when their street will be plowed, thanks to a new GPS system.

The system will allow the 21 plows to be viewed online in real-time through the town's website and a smartphone app within the next couple of months, said geographic information system co-ordinator Nick DeMerchant.

Residents "will be able to have a better sense of, 'When's my street going to be plowed?' I know that's a question I always have, 'Where are those plow trucks?'"

​The Skyhawks Telematics software, which will cost about $20,000 to set up, will also track how much time a plow spends at a location, its speed and other driver information

In addition, it will track how much salt and sand a plow is using on streets and sidewalks.

Proof of efforts for taxpayers

"Because when a plow goes out during a heavy storm, within 45 minutes, it can appear that the street has never been plowed. And people come home from work and they have concerns that their tax dollars are not being spent properly," said Mclean.

"So the system will allow them, through our website in the short-term, to be able to go on and see the breadcrumb trail of where the vehicles have been, and when."

Some people CBC News spoke to in Rothesay on Tuesday say the GPS tracking will be a useful tool.

"I think it's a good idea, that people should know what routes to go through and avoid the places that are not being plowed yet," said Bumni Apanaku.

Lisa Dykeman agrees. "If I have access to a website that I can go to and see if the main roads are cleared, and I'm able to get to work, that will be useful."

"It'd be handy for all the municipalities all the way through," said David Down.

Rothesay is currently the only municipality in the Saint John region using such a system, officials said.