Former Progressive Conservative cabinet minister Robert Gauvin has completed his defection from the party and will run as a Liberal candidate in the provincial election.

Former Progressive Conservative cabinet minister Robert Gauvin has completed his defection from the party and will run as a Liberal candidate in the provincial election.

Gauvin will run for the Liberals in Shediac Bay-Dieppe, the riding once held by former premier Brian Gallant.

"I feel liberated. I am Liberal!" he declared at an announcement with leader Kevin Vickers Tuesday morning.

Gauvin, elected in 2018 as the Progressive Conservative MLA for Shippagan-Lamèque-Miscou and named deputy premier by Blaine Higgs, quit the cabinet in February over the government's proposed hospital reforms that would have closed six emergency departments at night.

Higgs cancelled the plan within days of it being announced, but by then Gauvin had quit the party to sit as an independent MLA.

Liberal Leader Kevin Vickers said he will ask Gauvin to campaign for the party in ridings with hospitals that would have been part of the service reductions, including Memramcook-Tantramar, Carleton-Victoria and Sussex-Fundy-St. Martins.

But Higgs promised Tuesday morning that no hospital emergency departments will close if his government is re-elected, extending a commitment he made in March to cover a possible new four-year mandate.

'It's no longer my party'

Gauvin is the son of the late Jean Gauvin, a top minister in the PC government of Richard Hatfield and was the only francophone in Higgs's government.

He ran in Shippagan-Lamèque-Miscou, the area his father represented, despite living in the Dieppe area.

Vickers had planned to run in a pending byelection in Shediac Bay-Dieppe, but with a general election now called for Sept. 14, he will run in his hometown of Miramichi instead.

At a campaign appearance happening at the same time as Gauvin's, Higgs shrugged off his former ally's switch to the Liberals. 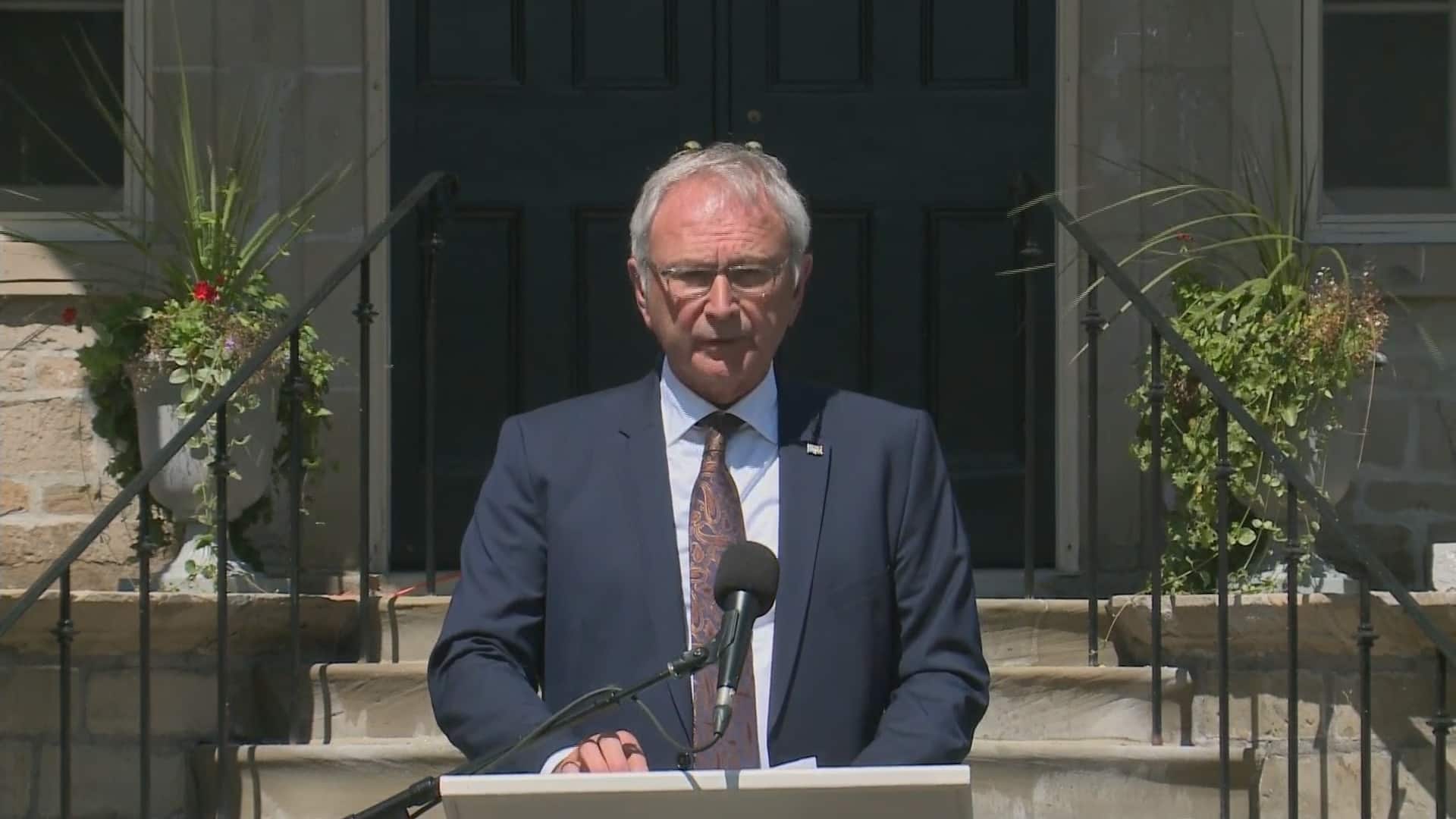 3 months agoVideo
1:35
The decision to call an election came after four party leaders failed to reach an agreement on keeping Higgs in power for two more years. 1:35

"That's a decision that Mr. Gauvin made," he said. "He's obviously looked at the opportunities for him."

He compared Gauvin's departure in February to Vickers pulling out of four-party talks last week aimed at avoiding an early election.

"Walking away — it wouldn't be the first time," Higgs said.

The PC leader also thanked New Brunswickers for "speaking up and challenging" his government's health reforms in February.

"That's how a strong democracy works," he said.