The New Brunswick Pension Coalition is launching a lawsuit over the changes to the public sector pension plan, alleging the Alward government breached the charter rights of 13,000 pensioners. 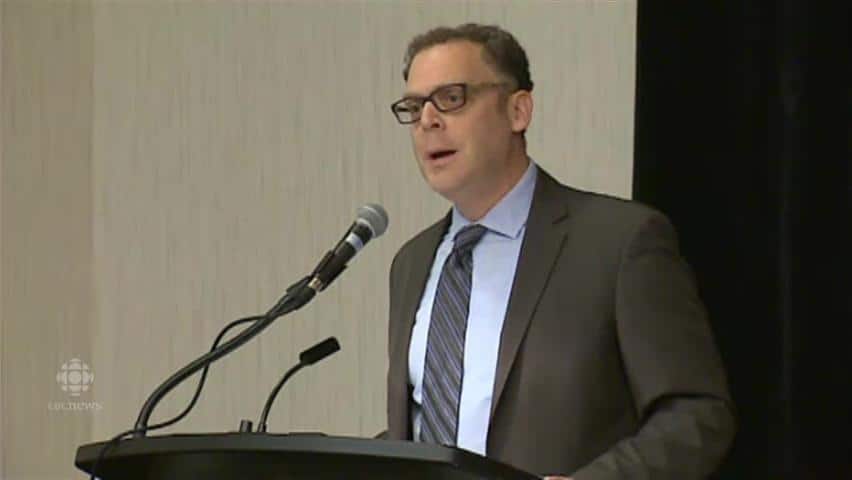 7 years ago
2:20
The New Brunswick Pension Coalition is suing the provincial government over changes to the public sector pension plan. 2:20

The New Brunswick Pension Coalition is launching a lawsuit over the changes to the public sector pension plan, alleging the Alward government breached the charter rights of 13,000 pensioners.

The pensioners are alleging the provincial government’s pension reform violates provisions of the Canadian Charter of Rights and Freedoms because they are vulnerable based on their age.

"A pensioner requires as much financial certainty as possible as they budget for the end of their lives" Kaplan said in a statement.

"Before the Crown expropriates the retirement savings of older persons and redistributes their money to the public good to balance the budget, it must satisfy itself, through rigorous consideration of alternatives, that the policy is proportionate to its objective and there is no other rational policy alternative available."

The Toronto-based Koskie Minsky LLP specializes in the areas of class actions, pensions, labour and employment.

The Fredericton-based firm of Whitehead, Bird & Miles, of Fredericton will serve as the local counsel on the case.

Kaplan said he will request the court to order the provincial government to pay the legal fees for the pension lawsuit. In September, the coalition said fees for a lawsuit could be more than $200,000.

Kaplan said the provincial government's tactic of using legislation to override regular pension laws is both unfair for retirees and illegal.

"They've isolated you from your former workplace by excluding collective bargaining of the workplace, so there's no protection for you there," he said.

​"They've excluded the courts from giving any remedy so you are doubly isolated in order to protect yourselves here and that is why we are asserting a remedy under the charter."

The retirees say if the pension plan must be changed, it should not affect those who have already contributed fully and are receiving the benefits they deserve.

The controversy surrounds the provincial government’s move to a shared-risk pension plan.

Under the former public service pension plan, retired civil servants are sheltered from any risk of market downturns by the provincial government with guaranteed cost-of-living increases.

Under the reforms, announced by Premier David Alward in May 2012, the risk would be shared by both sides.

Retirees maintain it's not fair to change their benefits retroactively.

Clifford Kennedy, a member of the pension coalition, said in a statement that pensioners will not let the reforms go ahead unchallenged.

“The Alward government has broken its contract with public service pensioners and we intend to continue our efforts to ensure government honours its promise to retirees,” Kennedy said.