William Morissette was delivered a letter on Oct. 1 letting him know his rent would be going up by $460 a month starting Jan. 1. He found out that kind of increase is allowable in New Brunswick because the Residential Tenancies Act does not restrict rent increases, and he wants that to change.

William Morissette was delivered a letter on Oct. 1 letting him know his rent would be going up by $460 a month starting Jan. 1.

He quickly realized that huge rent hikes are allowed in New Brunswick because the Residential Tenancies Act does not restrict rent increases.

"In all my years, it's a first. I never saw an increase at that, I never thought it was even legal, but apparently they can do it," said Morissette.

The 55-year-old Morissette lives with his twin sister, her girlfriend, and the girlfriend's sister in a two bedroom apartment on Steadman Street in Moncton. In order to accommodate everyone, they converted the living room into a bedroom. He said two of his roommates have early stage dementia.

Morissette works at a nearby hotel, but hasn't been getting many hours lately because people aren't travelling. Everyone else in the apartment lives on a fixed income.

Money is tight, but they were getting by paying their $740 a month all inclusive rent, with enough left over to live.

But $1200 a month plus heat is more than they can afford.

Morissette said he even wrote a letter to K2 Property Management offering to clean the building to cover the increase but "they never answered."

K2 Property declined to comment, instead suggesting the owner of the building, Bon Accord Real Estate Inc. answer any questions about rent increases in its building.

The CBC was unable to reach anyone from the Montreal-based company.

The Residential Tenancies Act allows landlords to increase rent as high as they want, as long as three months notice is given.  Service New Brunswick's website said there is no rent control in place, because "a landlord who raises rates in an unreasonable manner risks losing tenants. There would be no value to implement rent control."

But in Moncton right now, there is a low vacancy rate coupled with a high demand.

Michel Babineau, a real estate appraiser in Moncton, said back in 2015 the Canada Mortgage and Housing Corporation had estimated vacancy rates in the city would creep up to around 10 per cent.

But instead, according to the latest numbers for 2019, "in the Moncton area it went down from 2.8 to 2.4 per cent," said Babineau.

"We've got an influx of people coming into the Moncton area and they're willing to pay the price, so the owners are raising their rents gradually," said Babineau.

But a 40 per cent increase like Morissette's is far from gradual.

The landlords, they think people of Moncton are rich, they don't think of the workers.- William Morissette

"I'm sure like any other type of business, some people will be taken advantage of," he said.

Babineau suggested that the market will even out in the next six to 12 months.

"I think we're going to see a shift ...a lot of these renters are going to get themselves into a home." 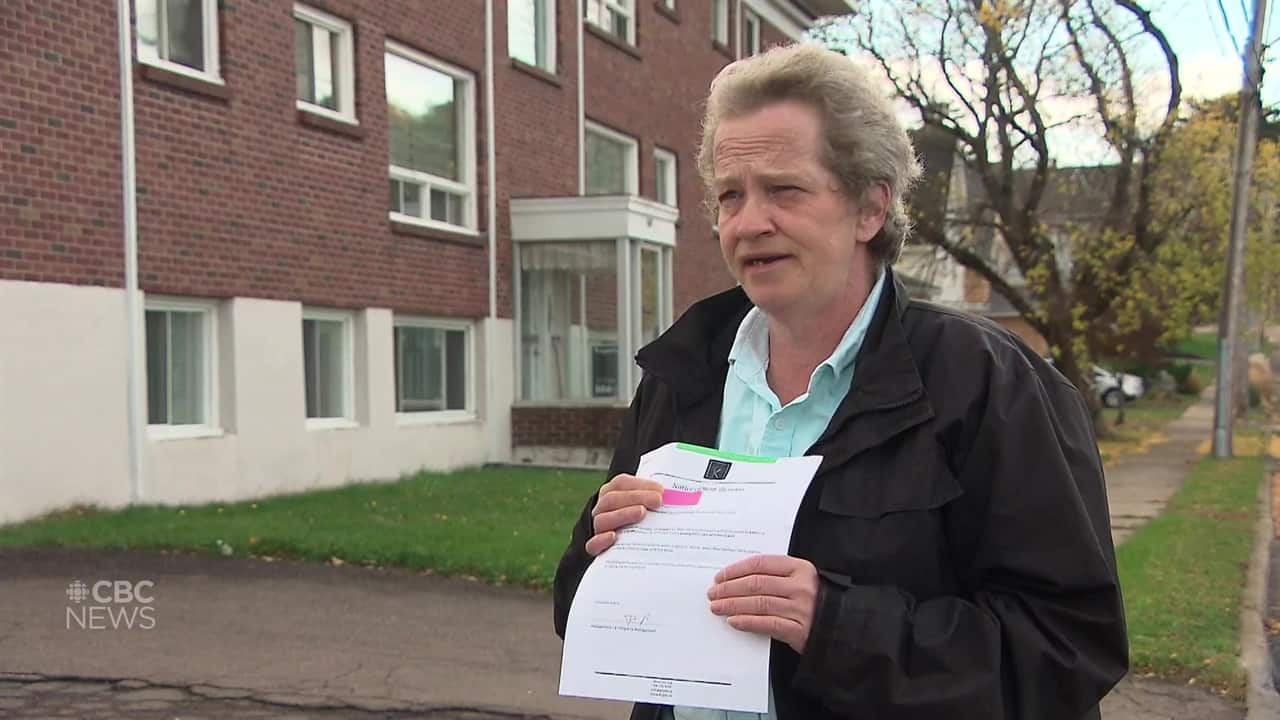 Skyrocketing rent and nowhere to turn

1 month agoVideo
1:48
When William Morissette's two-bedroom basement apartment went from $740 a month all inclusive to $1,200 plus heat, he realized too late there was nothing he could do but pay or move. 1:48

With few apartments available, Morissette said he was lucky to find another affordable apartment. This one is another two bedroom, all inclusive for $925 a month. They plan to move in December.

"It's way bigger than this," said Morissette.

It's more than they were paying, and farther from his work but he'll happily take the bus if it means saving hundreds of dollars a month.

While Morissette was able to rebound, he said others in his building are having a hard time working out a solution to such a huge rent increase.

"They were so pissed off, disappointed, angry, because most of them are on fixed income," he said.

"The landlords, they think people of Moncton are rich, they don't think of the workers."

According to Leslie Kern, associate professor of geography and environment at Mount Allison University, there isn't adequate legislation in place to prevent the kind of rent increases that make housing unaffordable for some, and it comes with consequences.

"There's a homelessness problem in Moncton that has been been ongoing for a long period of time, so I wouldn't be surprised if we see increasing rates of shelter use or people sleeping in homeless encampments," she said.

"We would have to ask, have income rates been going up at the same rate as minimum wage gone up? Has the availability of jobs and, you know, well-paying jobs increased?" asked Kern.

She adds that renters in Canada tend to be a lower income group. Couple that with COVID restrictions slashing some incomes, plus a high rate of poverty in the province and it all equals "major stress" for people already struggling.

The Residential Tenancies Act has a tribunal that can review rent increases when tenants apply. Valerie Kilfoil, director of communications with Service New Brunswick, said 36 people asked for a review last year. This year, 30 people have already applied for a review.

When asked for the outcomes of these, she said the information is not available.

Morissette said more needs to be done to protect people.