The New Brunswick government is moving toward a "greener and cleaner economy," but Premier Blaine Higgs says there must also be economic stability to back it up.

The New Brunswick government is moving toward a "greener and cleaner economy," but Premier Blaine Higgs says there must also be economic stability to back it up.

"I think technology will tell us at the time when we can make that happen," Higgs said in an interview with CBC.

"When we see a change in battery technology and storage capabilities, then the ability to have renewables becomes real. But right now, we're in the situation that we don't have that."

On Friday, thousands of New Brunswickers took to the streets to draw government attention to the climate crisis.

The strike was a part of a global movement called Fridays For Future, which was started by Greta Thunberg, a 16-year-old Swedish activist.

Strikes around the world capped off a week of climate action after the United Nations Climate Action Summit in New York.

Higgs said the climate strikes around the province puts climate change into perspective, but the government must abide by a feasible timeline to make change.

"I think climate change has been something that's been very evident in the last few years in New Brunswick. We've seen it over the years as it's getting more dramatic," he said.

"I think what we have to agree on is what is a timeline for this transition, how do we ramp up the research and development?"

But without the proper technology, the elimination of fossil fuels would lead to an unstable economy, Higgs said.

"Today, no one is talking about running out of oil or fossil fuels. They're saying, 'When are we going to stop using it?' And that's the focus.

"And I'm saying, for us, it's not about using our own [oil] while we have it there, but expanding our research so we can actually move our timelines forward. But doing it in a way that we don't shut down our economy." 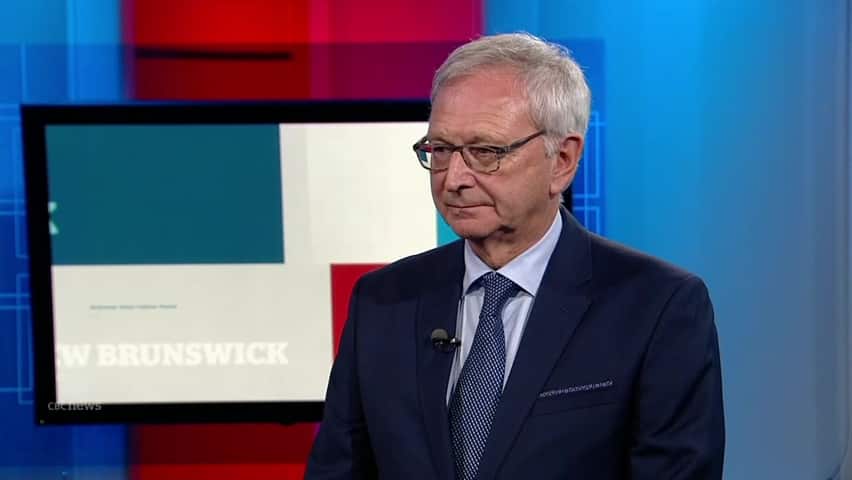 1 year ago
5:07
Premier Blaine Higgs discusses the climate strikes and what his party is doing to answer the call to action. 5:07

"The emitters should finance the actual research and development of the latest technology and we're pushing toward that, as we must," he said.