The recently refurbished Point Lepreau nuclear generating station is operating at only 35 per cent capacity as NB Power officials struggle with refuelling problems. 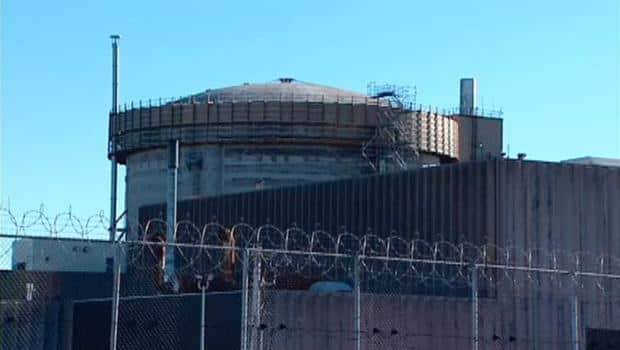 The recently refurbished Point Lepreau nuclear generating station is operating at only 35 per cent capacity as NB Power officials struggle with refuelling problems.

The slowdown over the past couple of weeks has cost the utility more than an estimated $5 million in lost production and forced officials to access more expensive power from elsewhere.

It could be several weeks before the plant is operating at full capacity again, officials said.

Crews started reducing reactor power about two weeks ago to reduce the rate at which the reactor needs to be refuelled.

"This gives us more time to operate the station using our current fuel while we make necessary adjustments to our fuelling system," site vice-president and chief nuclear officer Sean Granville stated in a release.

Production was cut to about one-third over the weekend, he said.

The plant had operated at or near 100 per cent capacity for much of January and all of February, said Granville.

But the current problems make it unlikely the plant can meet the short-term production targets NB Power filed with the New Brunswick Energy and Utilities Board.

This is the first time the plant has been refuelled since it came back online in November, following a four-and-a-half year refurbishment, he said.

Refuelling was not required during the first several months of operation because the reactor had been filled with more than 4,000 bundles of fuel, Granville said.

Although the plant is designed to be refuelled during operation, problems have developed getting the old bundles out and new ones in.

"In order to insert new fuel, the fuelling machine removes the closure plug, inserts new fuel bundles, and reinstalls the closure plug. Adjustments are being made to the plugs which have been difficult to remove in the first refueling stage," said Granville.

"The work is being carried out during a period when the spring freshet creates better conditions for hydro generation and above-zero temperatures help offset the decrease in production at the station," he said.

NB Power officials have said the refurbished reactor is expected to last for 210,000 full power hours over 27 years.

The refurbishment cost $2.4 billion, more than $1 billion more than the original estimates.

The New Brunswick government is attempting to get the federal government to cover the cost overruns.

The Point Lepreau project was the first time Atomic Energy of Canada Ltd. (AECL) had refurbished a Candu-6 reactor.