A retired RCMP officer who left the force because of PTSD says he has been told that his inability to attend an award ceremony due to his illness will be considered a refusal of his award, and he will receive it. 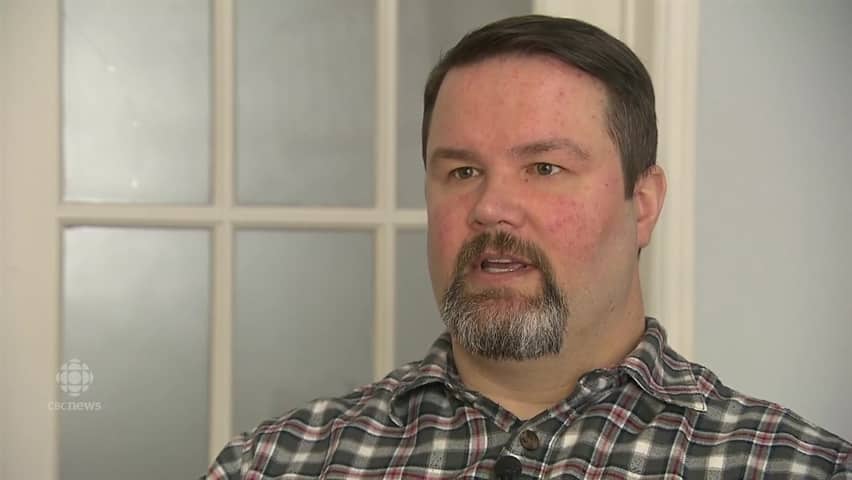 4 years agoVideo
1:33
A retired RCMP member explains how his PTSD kept him from a ceremony to receive a medal for his service. 1:33

A former member of the RCMP who is battling PTSD says the force is refusing to award him a long service award because his illness prevents him from attending the award ceremony to receive the medal in person.

Mark Clements was invited to a J Division Honours and Recognition Ceremony that took place in Moncton on Jan. 10 but said, with the support of his doctor, he made the decision not to attend.

"I knew I wouldn't be able to attend it due to my PTSD and anxiety," he said. "All that wonderful stuff that I got over the last 25 years from being a member."

Clements said he was diagnosed with PTSD a few years ago. He took a seven-month break from work and when he returned to the Codiac detachment he said he still wasn't well enough to be there. He retired in February of 2016.

In late December 2016, after receiving the invitation, Clements said he sent a letter to the RCMP asking the medal be mailed to his home in Moncton, stating, "I am unable to attend such events."

He was asked to clarify his reasons for not attending the ceremony, with a reminder that, "retired members will only be invited once and failure to attend will be deemed as having declined."

Clements turned to his psychologist for help. Though the force is aware of his PTSD, he asked psychologist Christine Arsenault-Boudreau to explain that for medical reasons he was unable to attend the ceremony.

According to an e-mail chain Clements provided to the CBC, the RCMP allowed for a break in protocol. He was offered a medal presentation in an alternate setting, receiving the award from either Codiac Supt. Paul Beauchesne or Sgt. Maurice Comeau.

But Clements maintains he didn't want to have to meet with any RCMP officers.

"Say if I was an alcoholic, don't go into a bar, so with my anxiety I steer away from things that are going to be harmful to me," he said.

"They've already been told it is a detriment to my mental health, but that's where they have left it."

No one from the RCMP was immediately available for comment.

Speaking out is difficult

Because he missed the ceremony Clements isn't sure if or when he'll receive the award, but he is convinced the whole ordeal was far more stressful than necessary.

"It could have been simply dealt with by putting it in the mail," he said.

"With PTSD on the forefront all the time, we see it in the RCMP, in the military, just anyone from any walk of life that dealt with traumatic issues and everyone is talking about mental health and the force says 'we're making changes' and ... they're not."

Clements said speaking publicly about his problems with the RCMP is difficult.

"I'm doing it because I know it will be beneficial to me and for other people and to show my family what I stand for."

​Debby Clements has been married to Mark throughout his entire career with the RCMP. She's all too aware of how hard life can be for families struggling with PTSD.

"It was scary, and I think every family has had those scary points with PTSD," she said.

"We've lost friends to suicide in the past year within the force, it's 'who's next' often in our mind, 'who's next'."

Debby Clements said she's frustrated that her husband is still dealing with a lack of flexibility on the part of the RCMP, even after retirement.

"He's given 25 years of good service, and [his 20 year certificate] says, good service and they weren't easy years for him or any of us and he deserves to have that award given to him," she said.​