Former Moncton priest Yvon Arsenault has been sentenced to four years in prison after changing his plea to guilty in October on nine counts of molesting boys, dating back to the 1970s.

Former Moncton priest Yvon Arsenault has been sentenced to four years in prison after changing his plea to guilty in October on nine counts of molesting boys, dating back to the 1970s.

Arsenault, 74, of Aldouane covered his face with his hand after Court of Queen's Bench Justice Zoël Dionne imposed sentence on Friday afternoon.

"​I'm not here to promote religion," the judge said, "but these people wanted a life of faith, and because of incidents, it became something sour."

I can't change the past, but I want to tell the victims and their families I profoundly regret all the pain I could have caused.- Yvon Arsenault , former priest

He commended Arsenault's victims for having the courage to speak out and denounce the abuse.

The nine victims ranged in age from nine to 17 when the abuse occurred between 1971 and 1980 in Shediac and Collette, located in Northumberland County.

Eleven other counts against Arsenault were withdrawn following his guilty pleas.

'People thought you were like a God on earth'

The courtroom heard emotional statements from two of the victims on Friday morning. One man wept openly as he described the abuse and broken trust.

"People thought you were like a God on earth," he said, as people in the public gallery also sobbed loudly. "My grandmother loved you."

"Every time I drank vodka and Clamato juice, which you provided in large quantities, I became sad."

Another man, now aged 55, described being molested at a camp in Collette. The incident broke his pride and self-confidence, he said.

He had nightmares and suicidal thoughts and lost trust in religion and authority.

He was angry all the time, had trouble making friends and started using drugs, he said.

He never told anyone about the abuse, not even his wife, until he was 47 years old.

Other victims did not want to address the court. Crown prosecutor Eric Lalonde spoke on their behalf, as Arsenault sat in the prisoner's box, with his head down.

One boy's family went to church every Sunday and often had Arsenault over for supper. One night, when the boy was 11 or 12 years old, Arsenault went into his bedroom and touched him under his clothes, the courtroom heard.

There were also several incidents when Arsenault showed boys his private parts and asked them to touch him, the Crown said.

"I can't change the past," said Arsenault, "but I want to tell the victims and their families I profoundly regret all the pain I could have caused."

The Crown and defence made a joint recommendation for a four-year prison sentence.

The maximum sentence for molestation in the 1970s was 10 years in prison.

The Criminal Code does not set out a minimum penalty. 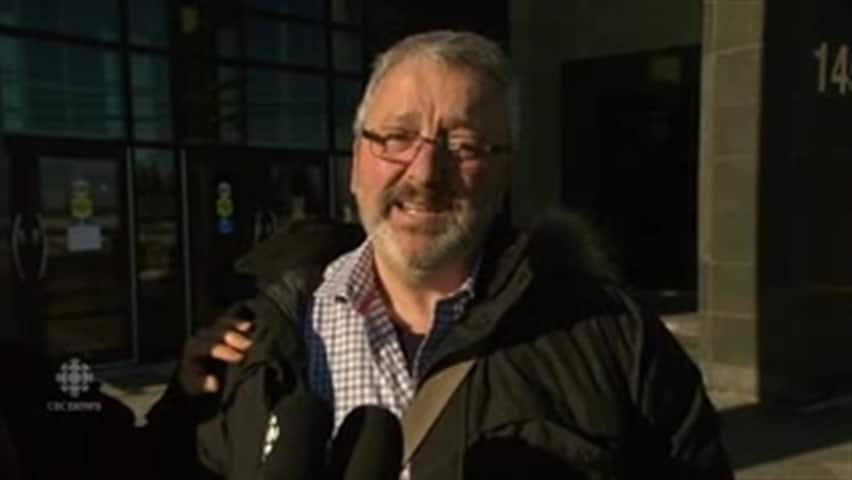 4 years ago
1:02
Jean-Louis Pitre explains why it was important for him to ask the judge to lift publication ban on his identity. He was one of two men who read a victim impact statement in court. 1:02

He had no prior criminal record and expressed remorse for his actions, the judge noted during sentencing.

Dionne said it was necessary to send Arsenault to prison not because of a chance of recidivism but because he needed to be punished.

It is also important to set an example to dissuade others from committing such crimes, he said.

Arsenault, who was sporting a green dress shirt and grey dress pants, appeared to be in good spirits during the sentencing hearing.

He was removed from service by the Archdiocese of Moncton in July 2012.

The RCMP started its investigation in December 2012 as a result of a complaint.

With files from Gabrielle Fahmy