Population shrank for the first time in 6 years

New Brunswick lost a net 2,944 residents to other provinces during the first nine months of 2012 figures show, an exodus that helped shrink the overall population in the province for the first time in six years. 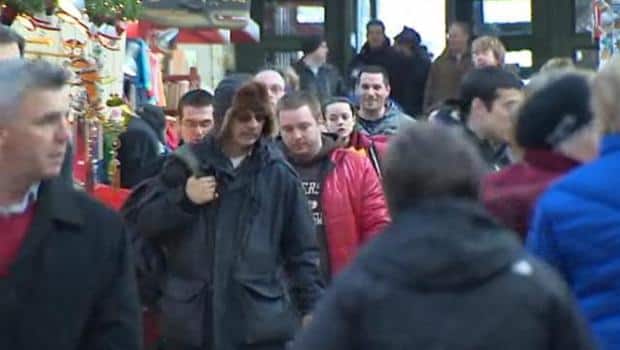 New Brunswick lost a net 2,944 residents to other provinces during the first nine months of 2012 figures show, an exodus that helped shrink the overall population in the province for the first time in six years.

"These are troubling times," said Michael Haan, the Canada research chair in population and social policy at the University of New Brunswick.

"People are likely moving to other parts of Canada and the world to seek opportunities."

Statistics Canada estimates New Brunswick's population shrunk by 489 during the first nine months of 2012, thanks exclusively to the huge outmigration to other provinces.

New Brunswick gained in the exchange of births and deaths and added a record number of immigrants but all of that was overwhelmed by the number of people who picked up and left.

So far, the loss of residents to other provinces in 2012 is triple the number of 2011 with three months still to report.

Haan says the ugly news is the vast majority of movers are "young and typically unattached" a description endorsed by those left behind.

In Saint John, Jessika O'Reilly, 22, said many from her high school graduating class have already left the province for work.

"More than I can count on both hands," she said.

"If the opportunities were here I'm sure they would love to stay. For me, personally, I want to raise a family here and I want my children go to school here but sometimes whatever is in the cards right?

Population growth has been a key priority of the past two provincial government's but economic problems have sent that goal into reverse.

Former premier Shawn Graham set a target of New Brunswick hitting a population of 770,000 by 2015 and 845,000 by 2026. But that requires jobs and with just two years to go to the first milestone New Brunswick is 15,000 people short and moving in the wrong direction.

In part, that's because New Brunswick has the worst job creation record in the country over the last three years, losing 13,600 jobs between October 2009 and November 2012.  The province also posted a nine-year high unemployment rate of 11.6 per cent in October.

Still Premier David Alward has pledged to turn those numbers around and personally lamented the move of his own son to Alberta in the poor economy.

"I want my children to have a future in New Brunswick," Alward told the legislature in 2010 in his first major speech after becoming premier.

"I hope that I don't have to communicate with my grandchildren only through Skype. I don't just want to see them on summer vacations when they come back to New Brunswick to see how things used to be."