New Brunswick's health minister is directing Horizon and Vitalité Health Network to come up with a plan to prevent hospital services from being interrupted because of overcrowding.

New Brunswick's minister of health is directing Horizon and Vitalité Health Network to come up with a plan to prevent hospital services from being interrupted because of overcrowding.

Ted Flemming said the province's two health authorities must develop a course of action in response to multiple service interruptions at the Campbellton Regional Hospital in the past couple weeks.

"The health care system does not have sufficient human resources to maintain its present design," Flemming said on the latest episode of the CBC New Brunswick Political Panel podcast.

"We have to look at that and we have to say, 'Yes, everything is on the table.'"

Flemming said Horizon and Vitalité  will be coming forward with their plan "reasonably soon," but likely not before the end of the year.

Campbellton Regional Hospital said it was temporarily closing its obstetrics-gynecology unit, surgical and outpatient clinics until further notice last week. It also said it was taking "extreme emergency measures," including diverting ambulances to other centres and accepting no new admissions.

Hospitals across the province could see more service interruptions in the future if the government does nothing about it, Flemming said.

"We are in a crisis, let's not sugarcoat it."

He has instructed the health authorities to develop a plan that incorporates three criteria: sustainability, quality and access.

Not all parties agree

Not all parties agree with Flemming's approach to solving the health care "crisis" by placing all options on the table, however.

Liberal MLA Jean-Claude D'Amours said the province needs to approach health care differently, but he doesn't believe patients should have to choose quality over quantity.

"We need to be sure that we are able to offer services in each part of the province," D'Amours said. 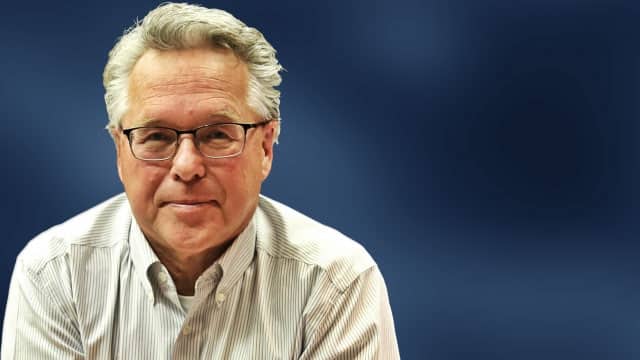 The Political Panel from CBC News New Brunswick55:31Nov. 28: Can New Brunswick expect more problems at its hospitals?
The Campbellton Regional Hospital was forced to temporarily close some services because it was overwhelmed with patients. What needs to be done to avoid this from happening more in the future? Health Minister Ted Flemming, Liberal MLA Jean Claude D'Amours, Green Party MLA Megan Mitton and People’s Alliance Leader Michelle Conroy joined the weekly Political Panel. 55:31

D'Amours also fears the province could cut a service at a hospital, and then, seeing no need to keep the hospital running, close it because it's not offering enough services to justify keeping it open.

Megan Mitton, Green Party MLA, is concerned an everything-on-the-table approach could include closing hospitals, particularly those in rural communities.

"I think saying everything is on the table will probably scare some New Brunswickers," Mitton said.

Mitton said she'd love to see the parties form a committee on health care to help generate discussions around health care that are "less theatrical" than what's typically seen at the legislature.

Michelle Conroy, People's Party MLA, agreed an all-party committee could be beneficial, but D'Amours and Flemming were skeptical about how successful a committee might actually be.