Police agencies across New Brunswick have issued at least 17 tickets to people who allegedly weren’t following emergency rules — for offences ranging from not social distancing to touching people at a restaurant.

Police agencies across New Brunswick have issued at least 17 tickets to people who allegedly weren't following emergency rules — for offences ranging from not social distancing to touching people at a restaurant.

CBC News filed several access to information requests after a number of police forces refused to say how many tickets their officers have handed out, emphasizing that education is the primary objective before giving out tickets.

The new data sheds light not just on the number of tickets given to alleged rule-breakers, but the reasons why people were fined.

There's no evidence that the deterrent of getting a ticket with a fine has any impact on how people behave when it comes to preventing COVID-19, according to Michael Bryant, the executive director of the Canadian Civil Liberties Association.

Beyond that, he said, ticketing people "is an infringement of liberty" that isn't justified in these circumstances.

"When I look at the evidence that you've unearthed about why these tickets have been handed out, these are frankly trivial and certainly not reckless or harmful activities," Bryant said in an interview after reviewing the ticketing data from the police forces.

"In fact, we have no evidence that it prevented a single instance of COVID from being contracted."

A June report released by the civil liberties watchdog and the Policing the Pandemic mapping project, which tracks enforcement of COVID-19 rules across the country, found that $13 million in COVID-related fines had been handed out across the country between April 1 and June 15. The tickets were predominantly issued in Quebec, Ontario and Nova Scotia.

No data from NB RCMP

While people were ticketed for not social distancing in some cases, no fines were handed out at a large gathering at Grand Lake in July. Photos of the event on social media show a large group of people swimming, boating and drinking together.

The 17 tickets captured in this data don't include any tickets handed out by provincial enforcement officers in New Brunswick. These are the provincial employees, including forest rangers and corrections officers, who have been trained to make sure the emergency rules are respected.

Earlier this year, CBC News found that New Brunswickers have received more than $20,000 worth of fines from provincial enforcement officers, primarily at key provincial border points. Few details have been made available around what people in those cases did to warrant a $292.50 fine.

Data is also missing from the New Brunswick RCMP, which declined to say how many tickets it has issued. CBC News has filed an access to information request to get the data.

"The New Brunswick RCMP is not releasing the number of tickets that have been issued as issuing tickets is only one part of our enforcement efforts and does not reflect all of the work that is being done collaboratively with communities, our policing partners and the province," New Brunswick RCMP spokesperson Jullie Rogers-Marsh said earlier this summer.

"It cannot be right that the same police force, the RCMP, is secretive in one province and providing disclosure in the other," Bryant said.

The Miramichi Police Force initially declined to say how many tickets were issued for people who allegedly haven't followed the Emergency Measures Act.

"Although I do not wish to comment on the issuing of tickets, we have been following the advice of the chief medical officer for the province of [New Brunswick] in trying to educate as many people as we can on COVID-19 and what people can do to try and reduce the spread of the virus," Miramichi police Chief Paul Fiander said in April.

After CBC News filed an access to information request, the police force revealed that it had issued seven tickets between March 19 and June 26, more than any other municipal police force. The region had only two COVID-19 cases during that time frame. 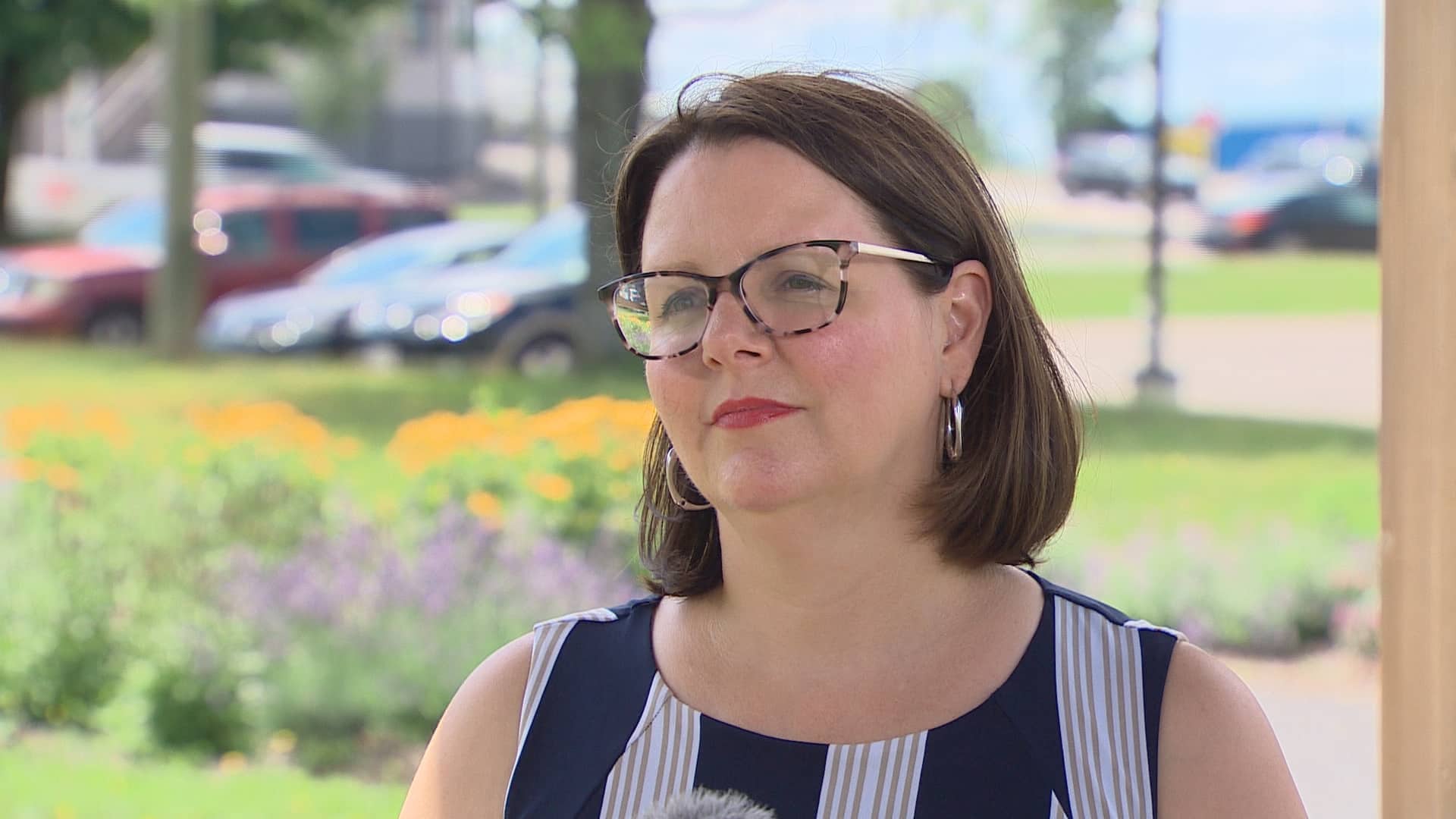 4 months agoVideo
9:55
New Brunswick's top doctor discusses the need for a collective approach to combating Coronavirus in the province by staying vigilant. 9:55

In one instance where the Miramichi Police Force handed out tickets, three people were fined after "a complaint was received about the individuals hanging out at a residence that none of them belonged to," the records show. Police had already warned them once before.

In a separate case, two people were fined for not social distancing in a private parking lot.

"Both had been asked to leave the area several times by the complainant," the records say.

Two other people were fined in separate instances for not social distancing, including one person inside an apartment building.

According to the information provided by the police, the seven people who were ticketed didn't pay their fines, didn't show up for their scheduled court appearances and were deemed guilty by a provincial court judge.

Fiander was not available for an interview on Wednesday.

The Fredericton Police Force also declined to provide details on its tickets, until CBC News filed an access to information request.

The police force issued four $292.50 tickets between March 19 and June 26. In all four cases, court dates have been set for September or October.

In one case, police fined a young person on Hillcourt Drive for allegedly visiting another home during a pandemic.

In another, a person was fined on King Street for allegedly "touching people without permission at [a] food establishment."

The province's chief medical officer of health, Dr. Jennifer Russell, acknowledged that fines have been given but said they seem to be "the exception rather than the rule."

"I think it's a balance at this point in time in terms of trying to understand where people are at and what is the most educational and supportive way of getting to where we want to get to," Russell said in an interview.