Albert read a poem about abortion at Monday night's city council meeting and dedicated it to the clinic, which may be closing for good Wednesday, because of a lack of government funding for its services.

The clinic has been a family practice with about 3,000 patients and provided specialized care to the LGBTQ2+ community. It has also been the only place in the city and all of central or western New Brunswick where abortions were available.

The poem "acknowledges some of the ways in which there are still barriers and issues in terms of access," to abortion, said Albert.

After she read the poem, some councillors said it was too political and suggested the matter should be referred to the city's governance committee, a working group made up of two councillors and six staffers, who do research and make recommendations to council.

City communications staff could not yet confirm what exactly that working group will be asked to look into, if anything.

It's a poet laureate's responsibility to bring forth community concerns, according to former Halifax poet laureate Rebecca Thomas.

"It is a position of influence and public voice and so I think using that responsibility in this way is a very good thing."

Thomas said poems can be a starting point for difficult conversations.

During her tenure, she wrote and recited a poem to Halifax council about removing a statue of the city's founder Edward Cornwallis, who signed a proclamation offering a cash bounty to anyone who killed a Mi'kmaw person. 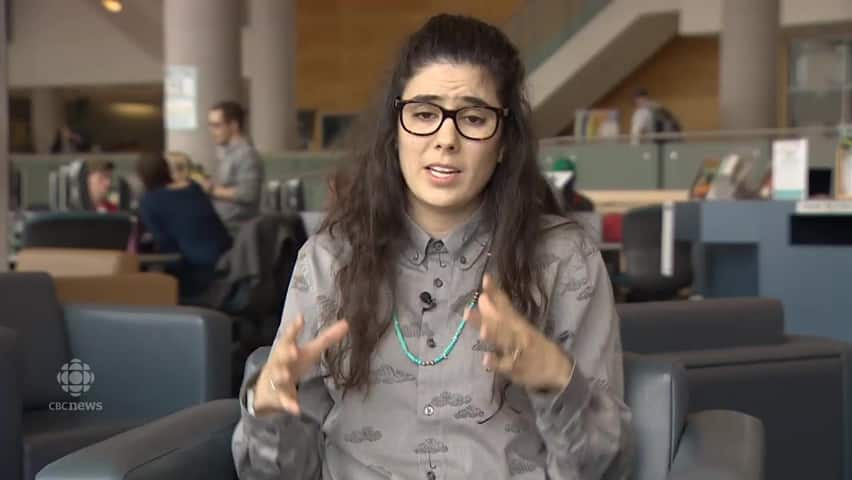 Not Perfect, by Rebecca Thomas

4 years ago
3:09
Halifax's poet laureate Rebecca Thomas on the legacy of Edward Cornwallis. 3:09

It ignited debate and within a year, a majority of councillors voted to have the statue removed.

"I just happened to have a pithy few lines that were impactful to the councillors. But to be associated with that was pretty incredible."

Albert said she tried to model her work in the poet laureate position after Thomas and after another Halifax poet El Jones, who gave voice to the underrepresented Black community.

Thomas noted the councillors who voiced their objections to the abortion poem were male.

"That signals to me that perhaps those council members need to have a better education on what it is like to be a woman in those circumstances," she said.

"Poets need to respond to what is happening in their community," he said, and "speak truth, however they see fit."

A poet laureate has "a finger on the pulse of the community," he said, "to know what needs to be discussed, dissected, and viewed from different angles."

The closure of Clinic 554 is of pressing community importance, said Letourneau.

"What better subject to call attention to right now and ask us to reflect on for a few moments than this?"

"The needed health services they provide to women and the LGBTQ community are about to evaporate, throwing thousands of vulnerable patients on a doctor waiting list."

Letourneau said if anything about the poet laureate's role should be examined, it's the compensation, to bring it up to what others are paid.

According to the League of Canadian Poets there are poets laureate in about 30 communities across the country who have varying degrees of artistic freedom.

Albert said she welcomed a discussion of her role, but she hopes council doesn't set too many restrictions.

"Poetry is inherently political," she said. "It would be lacklustre if you were to take that aspect of of creativity and of the art form away from it."

Albert's term expires in December. She wonders what's in store for her successor.

"If we have a Black poet laureate, will they be able to share poems about things that concern them? If we have an Indigenous poet laureate, will they be able to read poetry about missing and murdered Indigenous women and girls? It really brings about a bigger concern for whether these poets will feel like they're being censored and unable to share poetry,  that isn't fluffy and pretty."

With files from Maritime Noon and Information Morning Fredericton