Pay inequity still an issue for some N.B. job sectors

The chair of the New Brunswick Coalition for Pay Equity says pay equity does not compare very well with the rest of Canada, especially in certain job sectors.

Middle income professionals doing better than others, but pay equity lacking in most sectors 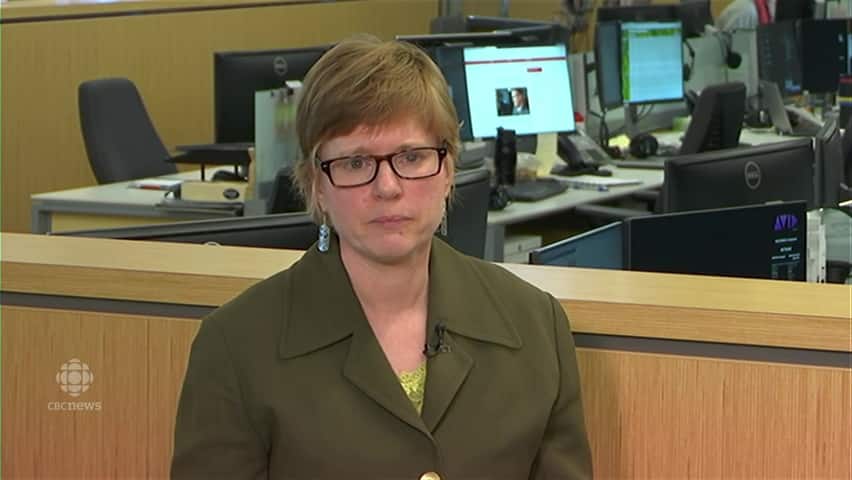 4 years ago
2:46
Women around the world are marking International Women's Day today. One of the starkest illustrations of the discrimination women experience is what they're paid. 2:46

The chair of the New Brunswick Coalition for Pay Equity says pay equity in the province does not compare very well with the rest of Canada, especially in certain job sectors.

Vallie Stearns-Anderson said while manufacturing is one, the caregiving sector is the worst.

"Home support workers in particular compare unfavourably in this province, making 61 per cent of the Canadian average," she said.

When asked why pay inequity was so persistent in New Brunswick, Stearns-Anderson said it was a good question.

"I sometimes wonder if it's just assumed that we have terrible wages and that's just the way things are in New Brunswick."

But Stearns-Anderson says pay inequity is also pronounced for middle-income professional jobs compared to other provinces.

"When you look at management, teachers, university professors it starts to look a little bit better but we don't have full pay equity in those sectors either," she said.

For anything to change, Stearns-Anderson said there needs to be adequate legislation to cover all workers in the province.

"Everybody should have the right to a fair wage. A fair wage for the value of the work that they do."

Stearns-Anderson said the province can't afford not to have pay equity in both sectors - public and private.

She says without pay equity, a large portion of the workforce lacks the spending power needed to drive the economy.