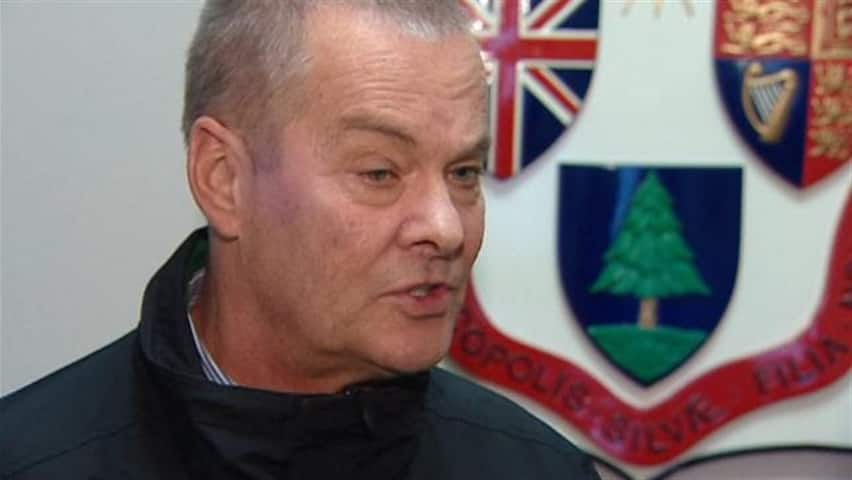 Fredericton Mayor Brad Woodside confirmed via his Twitter account that the camp had been removed from its city hall location.

Occupy Fredericton was "dismantled without incident this morning" Woodside reported on Twitter, saying that the operation began at 5 a.m and was completed by 5:17 a.m.

The mayor said there was one uniformed Fredericton police officer on site when the camp was taken down.

Woodside said in an interview that a single officer was sufficient.

"I did not want a large police presence, and that police officer did absolutely nothing because he wasn’t required to do anything. The only reason he was there was to protect our city staff in the event that they might come under some abuse," he said.

The Occupy Fredericton protesters started their occupation of Phoenix Square, which is next to Fredericton City Hall, on Oct. 15.

Woodside spoke to the protesters on Dec. 31 and explained to them his view that it was time for the encampment to end.

The mayor said he felt the public support for the protest had waned in recent weeks.

"I hold the right to protest as a sacred right. I support it. I have invited them to be at city hall from dusk to dawn every day with their protest signs, like anybody else," Woodside said.

"The only problem I have — I've always had with this issue, like most of the public has — is the [occupation], with the lack of sanitation, where they were going to the bathroom."

The mayor said he handled the Occupy protesters in a manner he felt the public would want.

The mayor said in November that he wanted Fredericton to be a "shining example" for the rest of Canada on how to deal with the Occupy protesters. He said at the time there was no plan to evict the protesters.

He said the camp was taken down quickly.

"It was very, very efficient," he said.

The Occupy Fredericton protesters have already promised to challenge the eviction in court.

The protesters said last month their lawyer will argue in court that they have a right to keep their camp based on two provisions of the Charter of Rights and Freedoms, in particular the sections that deal with freedom of expression and freedom of assembly.

Dana Hart, an Occupy Fredericton protester, said on Tuesday the eviction was a "cowardly act" on the part of the city.

Hart said Woodside should have taken the protesters to court and had the matter settled by a judge instead of evicting them from their downtown camp.

But Hart said the mayor "wasn't willing to face us in court."

The Occupy movement was spawned by a suggestion in Canada's Adbusters magazine, which prompted protesters to occupy a park near New York's financial district. The Occupy Wall Street movement inspired similar efforts around the world. The movement — which held an international day of protest Oct. 15 — protests income inequality and social injustice.