Immigrants could be one of the solutions to labour shortages in many fields across the province, particularly health care, says a Moncton group that works with immigrants.

There are 376 nursing vacancies across New Brunswick, according to numbers obtained by Radio-Canada

Immigrants could be one of the solutions to labour shortages in many fields across the province, particularly health care, says a Moncton group that works with immigrants.

"People who are highly skilled practitioners in their craft, can't find a path to their own profession other than starting completely from scratch," said Justin Ryan, public education co-ordinator with the Multicultural Association of Greater Moncton Area.

"There is a very clear gap."

Routinely, Ryan said, he works alongside people who are "extraordinarily qualified."

Ammar Younis is one of them. He works for the multicultural association as a medical interpreter when other newcomers go for medical appointments.

The issue is they are preferring the people who trained in Canada.- Ammar   Younis , anesthesiologist

Before he came to Canada six years ago, Younis practised as an anesthesiologist in Libya for about 20 years.

Younis said he was given a temporary medical licence in Canada from the College of Physicians and Surgeons of New Brunswick but hasn't been able to find a job in his field.

"I have to find a position first and then ask for the [full] licence," he said. "I applied in more than one place but I didn't get a positive response."

Now he's calling on the people hiring to give those from outside Canada a chance to work in their fields.

"The issue is they are preferring the people who trained in Canada," Younis said during an interview with Information Morning Moncton.

"There are many obstacles."

Ryan described this as an "incredible miss," which New Brunswick could put to use across the province.

According to numbers obtained by Radio-Canada, there are also 376 nursing vacancies in New Brunswick.

Two hundred of those are in the Vitalité Health Network, and 176 in Horizon. They affect all corners of the province.

Meanwhile, the obstetrics unit at the Chaleur Regional Hospital, which first closed Oct. 22 for a few days, reopened briefly, then shut down a few days later, is closed until further notice. 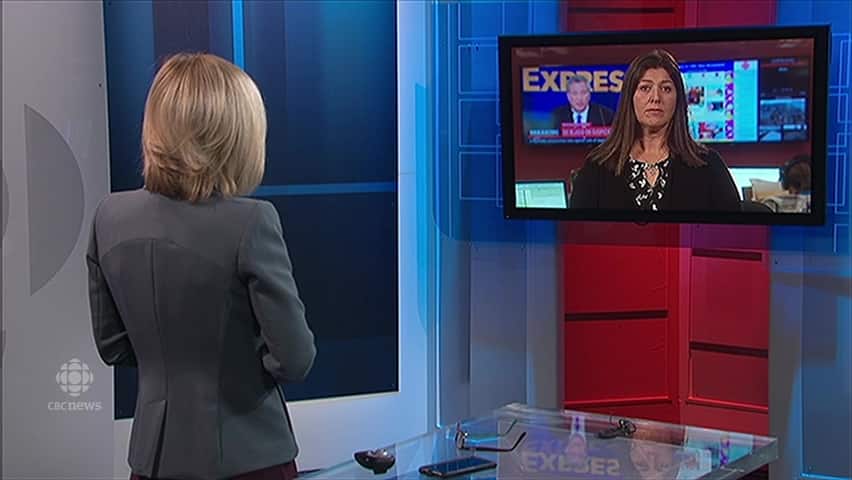 The obstetrics department at the Waterville hospital also recently closed, with patients there redirected to Fredericton or Edmundston. There was no surgeon to cover the Upper River Valley Hospital in Waterville for about three days at the end of October.

In terms of who decides who gets to practise in the province, Ryan said it's not that straightforward.

He said the province can ask for more medical health professionals, but it doesn't get to decide who practises in New Brunswick.

In Younis's case, he would need a licence from the College of Physicians and Surgeons of New Brunswick and to be hired by a hospital in New Brunswick. This would be the case for newcomers trying to work in other fields as well, such as engineering.

These things "need to be in alignment and that's very clearly not the case," he said.

The Multicultural Association said it would like to see employers work with accreditation bodies to set up immigrant internship programs.

"We've got clinics closing down, we've got people who have horrendous wait times in the medical system, we have people leaving the province to go to specialists when those specialists are here, and they can't put their skills into practice, simply because that collaboration partnership doesn't exist," Ryan said.

CBC News has asked the province and the College of Physicians and Surgeons of New Brunswick for an interview.

Dr. Ed Schollenberg, with the college, responded in an email by saying they college tries hard to assess doctors on their clinical skills to see "exactly what they can do."

"But that is resource-intensive," he said. "Hospitals have not been able to provide such a service for that reason."