Why N.B. universities are graduating fewer nurses — despite demand and incentives

Internal documents, obtained by the New Brunswick Nurses Union and shared with CBC News, show universities weren't trying to enrol more nursing students all these years — they were trying to afford the ones they already had.

Emails show schools pleading for help with rising costs, and province saying nothing until it picked up an axe

Internal documents, obtained by the New Brunswick Nurses Union and shared with CBC News, show universities weren't trying to enrol more nursing students all these years — they were trying to afford the ones they already had.

New Brunswick hospitals are currently running 400 nurses short, and 40 per cent of those who are working are eligible to retire in the next five years.

The shortage has already forced many hospital services to shut down over the past year, and health authorities estimate they will need to hire as many as 520 new nurses each year just to maintain services.

Despite millions poured into the province's two main universities to address just that, they only graduated 224 nursing students last year.

Twenty per cent of those grads left to go practise in other provinces, making it all a frustrating situation for the nursing union, which has been pushing for more aggressive action for years.

"We're in the midst of the crisis," said Paula Doucet, president of the nurses union.

"Had they listened to us many years ago and put precautionary measures in place, we probably wouldn't be having this conversation today."

It was something that we needed to uncover."- Paula Doucet, New Brunswick Nurses Union

The province would give them about $15,000 annually for each new nursing seat created. The universities were to add 100 seats to their year one classes.

But the number of students didn't rise. It fell — a puzzling outcome that finally pushed the union to take the "extreme" step of making a right to information request to get answers.

"We kind of questioned over the years, because of the number of graduates that were coming out of the program … the numbers weren't there," said Doucet.

The union obtained several documents related to the 2005 agreement. They include emails between the universities and the Department of Post-Secondary Education, starting in 2018.

In the correspondence, the schools cite financial challenges related to the nursing program and question their ability to increase enrolment. They also express frustration at the lack of communication with government.

The documents also include the text of the 2005 agreement, which was never released publicly.

In addition to the funding for new seats, the agreement recognizes the high costs of training nursing students and says the province will give universities $3,300 annually for each nursing student they already have.

But in the emails, the universities tell government the costs to nursing faculties have exploded in the past 15 years, and the funding hasn't been sufficient.

"There is no way we could contemplate increasing enrolment," reads one message from UNB.

Why is teaching nursing so expensive?

Nursing is one of the most expensive programs to run at any university, because the costs increase rather than drop for each student taken on.

For example, it costs $24,000 to offer nursing to one student for one year at UNB, about three times the cost of a student in the arts and science program. 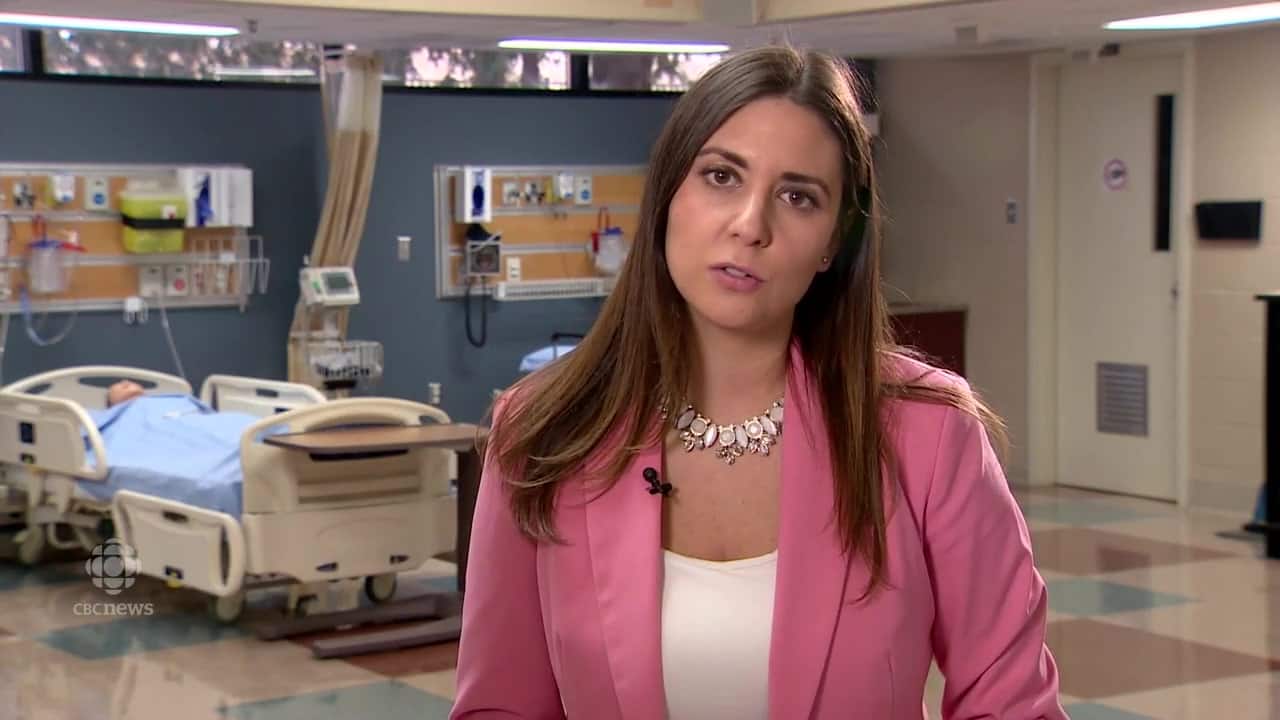 Here's why some N.B. universities lost nursing seats when they were getting money to create them

1 year agoVideo
3:00
The University of New Brunswick and University of Moncton received provincial money for years to address the nurse shortage and create more seats for nursing students. But instead of creating seats, the universities dropped some. What happened? 3:00

Even with tuition being slightly higher than for other degrees— currently at $8,411 — the universities say they absorb an annual deficit of about $12,000 per nursing student and have always had to take money from other parts of their budgets.

What makes nursing so pricey is the hands-on training, which makes up more than a third of class hours.

It's done in small groups of seven, which means rather than paying one professor to lecture to an auditorium full of students, dozens of additional experts have to be hired each semester.

The current nursing shortage has only compounded the problem, by driving up costs to hire those clinical experts.

Hospital nurses don't have time to train students the way they used to, so universities have to recruit more professors instead.

Over the past 15 years, the costs to the faculty of nursing have risen twice as fast as those of other programs, according to an email from U of M to the province written in January 2019.

The emails show the universities expressing concern to the previous Liberal government.

Over the years, as part of the 2005 agreement, both UNB and U of M had to return money to the government when they missed targets for increased enrolment. U of M had to repay all of it, UNB half.

In 2018, the schools tell the province the agreement isn't working and ask that it be revisited. They are told to wait until after the October election.

Then in January 2019, after the Progressive Conservatives have come to power, UNB submits a proposal to the province to address the nursing shortage.

It would see the province cover the entire shortfall, about $12,000 per nursing student, and UNB increase enrolment to full capacity — 800 students in its four years of the bachelor program, up from about 500 currently.

That's a 43 per cent increase over six years — or six per cent annually.

"The current provincial nursing shortage has magnified these costs since floor nurses are unavailable to be released from regular duties to supervise clinical training," UNB writes.

Around the same time, UNB's nursing faculty was asking school administration to scrap its licensed practical nurse bridging program because of money struggles. The program had been created in 2013 as an effort to address the nursing shortage.

But the school's emails to the Department of Post-Secondary Education, and its request for a meeting to discuss the proposal, go unanswered.

"I think this makes three requests for a reply, with none," George MacLean, UNB's vice-president of academic, writes in March 2019.

Then suddenly, the school learns of the cuts coming its way.

In April, the Blaine Higgs government put an end to the 2005 agreement, saying it failed to create new nursing seats. The decision essentially resulted in an $8.7 million funding cut for the current school year.

While focusing on enrolment to defend the cut, Health Minister Ted Flemming said nothing of the other consequence of ending the agreement: the universities lost the $3,300 for each existing student to help with clinical training.

They need to invest, but there needs to be some accountability.- Paula Doucet, New Brunswick Nurses Union

"The minister said funding was cut because we never met the seat target," wrote Karen Cunningham, UNB's vice-president of administration and finance in an email.

"Absolutely no acknowledgement that clinical has a high cost and that is also cut in this decision."

The cut, coupled with a PC-imposed tuition freeze, plunged UNB into a $2.5 million structural deficit, the emails reveal, with the university contemplating its options.

"I fear that we will be unable to continue to protect our people to the same extent now, however, with the result that many essential services to students and administrative support will suffer," Eddy Campbell, UNB president at the time, says in an email.

Hundreds of future nurses turned down

All this was happening as UNB continued to have long wait lists for its nursing program, with hundreds of students being turned away each year.

Upon learning the 2005 agreement was being done away with, Campbell warns that nursing seats will decline in the fall.

Enrolment of first year nursing students fell to 136 in September 2019, the lowest number in more than a decade, and some 20 students fewer than last year.

"Funding has never been sufficient and this is part of the reason it became unsustainable and enrolment caps became necessary," UNB wrote to the province when it was pleading for more money.

"With reasonable funding, there is growth possible within UNB's structure."

For Paula Doucet, it's been a frustrating process learning why more nurses haven't been graduating from New Brunswick's universities.

"It was very disheartening, but it was something that we needed to uncover because the math didn't add up," she said.

In July, the Higgs government announced its 10-year nursing strategy, with $2.3 million this year focusing on bringing nurses from other countries and provinces, and $500,000 for the bridging program for licensed practical nurses to become registered nurses.

To Doucet, those are Band-Aid solutions.

"I really don't think they understand the complexity as to why we have the nursing shortage that we do."

Doucet said nursing programs are underfunded, but she believes there needs to be some accountability as well to make sure more nurses come through.

"The universities are not producing enough," she said. "For supply and demand, we are nowhere in the ballpark of doing that.

"They need to invest, but there needs to be some accountability that the money that the government is giving universities is earmarked specifically for the faculty of nursing."

No plan for new seats

The government doesn't have any plans to increase funding for nursing faculties.

A spokesperson for the Department of Post-Secondary Education said it has asked the universities to fund their nursing programs within the regular operating grants they receive each year.

When asked why its nursing strategy didn't specifically target the issue of nursing seats, the province said it was a question of efficiency.

"To address the current and future nursing shortage in our province, government is taking action to quickly train more registered nurses to work in the health care system now, versus only relying on new graduates in four years," said Leigh Watson, communications officer for the department.

The bridging program that allows licensed practical nurses to jump to year three of the bachelor of nursing program now has 26 registered students.

While the health authorities say they need to hire 520 new nurses annually, the province disagrees with that number, and has estimated an additional 130 a year will do.

There are currently about 8,000 registered nurses in New Brunswick.

Earlier this month, the province's auditor general came down on the 2005 agreement, questioning why $96 million in incentives had been handed out to universities, without the promised increase in the number of nursing students.

CBC News reached out to both UNB and U of M for an interview, but they did not make anyone available.

The Nurses Association of New Brunswick, a regulating body for nurses, also declined to be interviewed, saying that without details about funding and the needs of the universities, it could not offer much to the story.