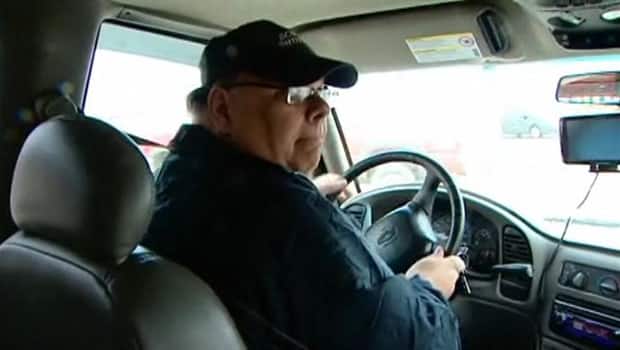 9 years agoVideo
2:00
A Nova Scotia company is driving customers between the two provinces, even though the Energy and Utilities Board rejected recently a similar request 2:00

Travellers haven't had an intercity bus service since December when Acadian Lines locked out its workers in New Brunswick and Prince Edward Island.

That contract dispute has prompted other businesses to examine the possibility of setting up a shuttle service that would allow people to travel between the Maritime provinces.

Gary Shelton, the operator of Scotia Shuttle, has been operating a transit service for years in Nova Scotia. Shelton said he saw a business opportunity for a daily run between Halifax and Saint John.

"People are stuck. They can't get around. I just had a mom from Maine, her child's at Dalhousie [University in Halifax], she can't get to her, she's finishing school this week. So, they said it's a lot easier to come get her in Saint John than having to go all the way to Halifax," Shelton said.

But the regulatory board's powers do not extend to taxis, which include vehicles seating no more than six passengers.

Anderson had the option to operate a taxi service as well. But he said last week that he doesn't see the business case for operating a taxi service.

"When you have six passengers, the way the shuttle business works, a lot of times you have 10 one way, two another. So it's hard to have six and six, to make it a profitable. In fact, it really wouldn't be that profitable even with six and six," Anderson said.

While Anderson said he didn’t think the business case worked for a taxi, Shelton said calls have been coming in already.

In fact, a woman from Nova Scotia, who would not agree to an interview, chased him around that block while he was in Saint John saying she was desperate for some kind of bus service.

He said he hopes to keep operating when Acadian buses return to the roads.

Shelton has posted an advertisement on the online classified site, Kijiji, listing fares from Halifax to Sackville as $40, to Moncton as $50 and to Saint John as $70.

Scotia Shuttle is also willing to shuttle people from Saint John to Moncton for $40.

The taxi typically stops at malls or restaurants, such as Tim Hortons. Customers are advised to book in advance.

The website also says Scotia Shuttle has been operating since 1994, is registered with the Nova Scotia Utility and Review Board and has its vehicles inspected every six months.