The Higgs government is leaning heavily on what it says it learned from fighting COVID-19 as it charts a path to a post-pandemic future.

'We understand there will be a time when the pandemic will end, and we must be ready to emerge stronger'

The Higgs government is leaning heavily on what it says it learned from fighting COVID-19 as it charts a path to a post-pandemic future.

Tuesday's speech from the throne, the first for the newly re-elected Progressive Conservative majority government, promises to "renew and reinvent" how public services are delivered to provide better value to taxpayers.

"We understand there will be a time when the pandemic will end, and we must be ready to emerge stronger," it says.

It points to pandemic innovations such as virtual doctor visits, which reached a peak of 85 per cent of all doctor visits early in the crisis.

It also cites the blended learning model adopted as a necessity in provincial schools as a model to build on to help students use more online tools "to make learning more personalized to their specific interests."

"Your government understands how to navigate tough headwinds and has demonstrated that it is ready to grapple with challenges and meet them head on," Lt.-Gov. Brenda Murphy said, reading the speech prepared by the government.

"Your government invites all New Brunswickers to engage and keep asking: just how good can we be? Collectively, we must challenge ourselves to think differently about ways of working, like citizens did in responding to COVID-19." 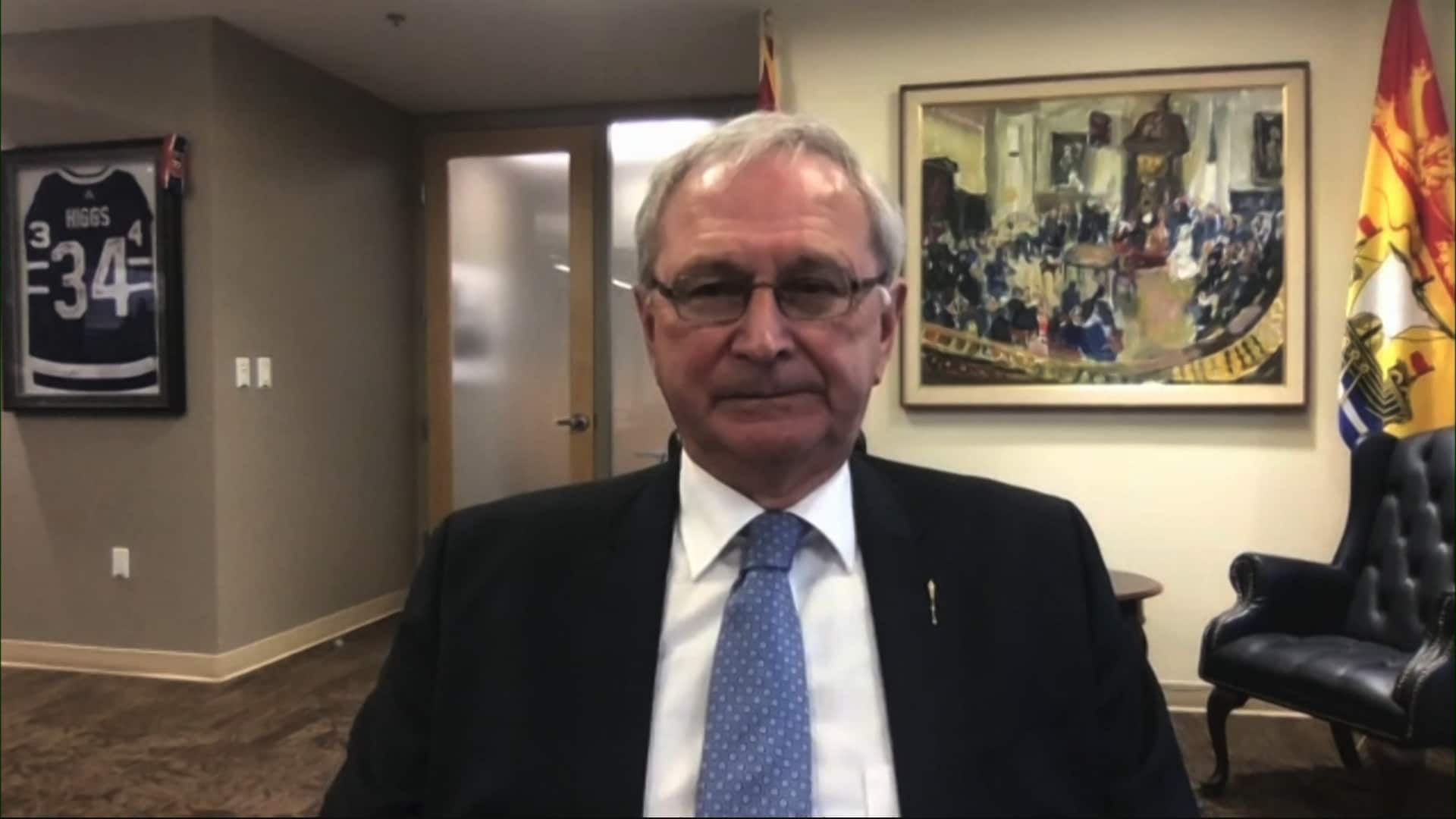 With a majority, Blaine Higgs finally gets to do things his way

The speech mentions plans for reforms to local governance and health care, asking what lessons the pandemic has taught the province about more "co-operation" in the health system.

Higgs told reporters he wants to see less overlap and duplication both within the two regional health authorities and between them.

He said centralizing hip surgeries at St. Joseph's Hospital in Saint John and processing large numbers of COVID-19 tests at the Dr. Georges-L. Dumont Hospital in Moncton are examples of how hospitals can specialize for the benefit of the entire province.

On local government reform, "it's time to move to action and implementation" of ideas from the "dozens of studies" that already exist on the issue, the speech says.

Higgs said one possible model is a greater role for the eight regional service commissions created almost a decade ago to manage services shared between municipalities and local governments.

"Some have adopted very much a regional approach and it's working very well," he said. "Others haven't done it at all.

"So there are some examples we can look at across the province and say 'Okay this is working well as a community, as a region,' and then we expand upon it."

But he said he would not prescribe a solution and even suggested reform may not be finished in the government's four-year mandate.

The three opposition party leaders criticized the speech for a lack of detail on key issues and almost total silence on others, including affordable housing and systemic racism.

He called the speech an "operational" outline rather than a statement of vision or inspiration. "A society is more than just a budget or a financial statement."

The speech also promises a legally required review of the Official Languages Act but also commits to a discussion of "existing barriers and potential solutions" for language proficiency requirements for government jobs.

Earlier this year, the People's Alliance lobbied for less stringent language requirements for some front-line positions.

The speech suggested bilingualism requirements could make it harder for the province to recruit professionals to the province at a time when the workforce is aging and filling vacant positions is a challenge in some sectors.

The PCs also say they will bring back a controversial bill on binding arbitration that was strongly opposed last year by unions representing police officers and firefighters.

Municipal governments lobbied for the bill, which would require an arbitrator to look at a municipality's ability to pay when considering wage increases.

The bill was sent to a special stakeholder committee for discussions. That group could not reach an agreement and the bill died when Higgs called the election in August, but now it's coming back.

The PCs also plan to "ask the fundamental question about our airports," facilities that have seen passenger traffic plummet during the pandemic but that the speech says are key to economic growth.

The speech does not explicitly mention the idea of merging the Saint John, Fredericton and Moncton airports into a single centralized facility, and it's not clear a provincial government would have a role in that because airports are a federal responsibility.

But it notes that Halifax Stanfield International Airport has three times the passenger traffic as the three main New Brunswick airports combined, despite Nova Scotia's population being only 25 per cent larger than this province's.

"What are the barriers?" the speech asks. "What are the qualities our province must possess to attract more growth?"

Higgs told reporters that he has seen government money spent on all three main airports and it was worth looking at whether there was a way to do things better.

The speech credits good fiscal management before the pandemic with putting the province in a relatively good position to handle the financial impact of the virus.

It also says New Brunswickers' own following of Public Health guidelines helped limit spread of the virus, which in turn limited the economic damage.

The province is on track for a $183.3 million deficit this year, much lower than earlier projections thanks to injections of federal money.

But the speech also acknowledges that 25 per cent of children in the province live in poverty and 34 per cent of households have incomes so low that they pay no taxes.