The New Brunswick government has no intention of subsidizing the proposed west-east pipeline, Energy Minister Craig Leonard reiterated on Friday. 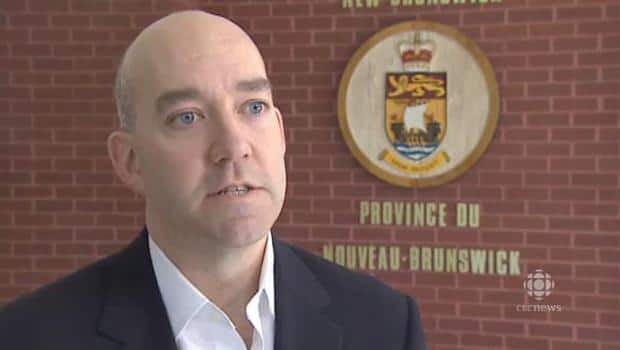 8 years ago
1:34
Energy Minister Craig Leonard reacts to the Alberta government's decision to invest $5 billion in fixed capacity in the proposed west-east pipeline 1:34

The New Brunswick government has no intention of subsidizing the proposed west-east pipeline, Energy Minister Craig Leonard reiterated on Friday.

Government money won't be necessary because the project will be profitable, he said.

Leonard was reacting to news of the Alberta government's $5-billion commitment to the pipeline.

The Alberta Petroleum Marketing Association, a Crown corporation, has pledged to move up to 100,000 barrels a day for 20 years on the proposed TransCanada Corp project.

"Certainly, they feel they're going to maximize the value of that product by using the Energy East pipeline," he said. "So as I say, it speaks to the commercial strength of the project itself."

"I remember when we first started talking about this work, a lot of the questions that I got from people in the Maritimes were: 'How much is it going to cost to subsidize this?' The magic of energy economies is that they are viable, feasible on their own," Redford said on June 7.

But Leonard says Alberta must believe it can make money by shipping its oil to Saint John.

"What this tells me is that this new option that they would have available to them, they feel will provide a much better value to them, for the Alberta taxpayer, by maximizing the price they get for that product," he said.

In February, during a visit to Alberta with Premier David Alward to discuss the pipeline proposal, Leonard said the New Brunswick government would not be opening up the public purse to bankroll the project.

The government has estimated the pipeline project has the possibility of creating 2,000 jobs during the construction phase and a few hundred refinery jobs afterward.

On Friday, Leonard said he is pleased to see TransCanada is already doing some survey work and consultations with First Nations communities in New Brunswick even though the company still hasn't announced whether it will build the pipeline.

"They're certainly moving forward on those fronts to ensure people are going to be informed about the project right from the start," said Leonard.

"And certainly, it's a very positive sign that they are already doing that work in advance of any kind of announcement. So we feel quite positive about where things are going."

TransCanada is expected to announce its decision within weeks.

In April, the Calgary-based company announced it was looking for firm financial commitments from companies seeking to ship crude oil from western Canada to refineries in eastern Canada.

It opened a bidding process for interested producers to make binding commitments for space on the pipeline.

The open-season process followed a successful expression-of-interest phase and talks with potential shippers, officials had said.

If the bidding process phase proved successful, they said the company would start seeking regulatory approvals later in 2013, and the oil could start flowing to Eastern Canada by late 2017.

The Irving Oil refinery in Saint John is the largest in Canada and can process 300,000 barrels of oil per day. Saint John also has a deep-water port and a liquefied natural gas facility.