The ice storm that hit New Brunswick this week appears to have claimed two lives and injured two people.

The ice storm that hit New Brunswick this week appears to have claimed two lives and injured two people.

"It is with great sadness and with a heavy heart that I announce to you all that there are two people that have been reported … to have passed due to a poisoning of carbon monoxide," said Gallant at a news conference in Caraquet.

"The thoughts of New Brunswickers go out to the families, loved ones and communities of these two individuals we have lost," he said. "We are also thinking of the two individuals who are injured, wishing them a speedy and full recovery."

Gallant said he did not have details about the deaths and injuries.

"At this time I would like to remind New Brunswickers of the dangers of using generators, barbecues and open flames indoors," said Gallant.

The mayors or municipal councils in Tracadie, Shippagan and Lameque declared emergencies as many residents remain without electricity.

The provincial transportation department reported Route 11 in the Pokemouche area and Highway 113 at Shippagan Harbour were closed Friday afternoon.

As of 9:33 p.m. AT Friday, more than 48,500 NB Power customers were without electricity. More than 23,000 of those were located on the Acadian Peninsula in the province's northeast.

More than 8,500 of NB Power customers in the Moncton area are without power, and another 8,200 in Miramichi.

NB Power expects 99 per cent of NB Power customers in the Bouctouche, Moncton, Sackville, Shediac and Sussex areas to have their power restored by Friday night. 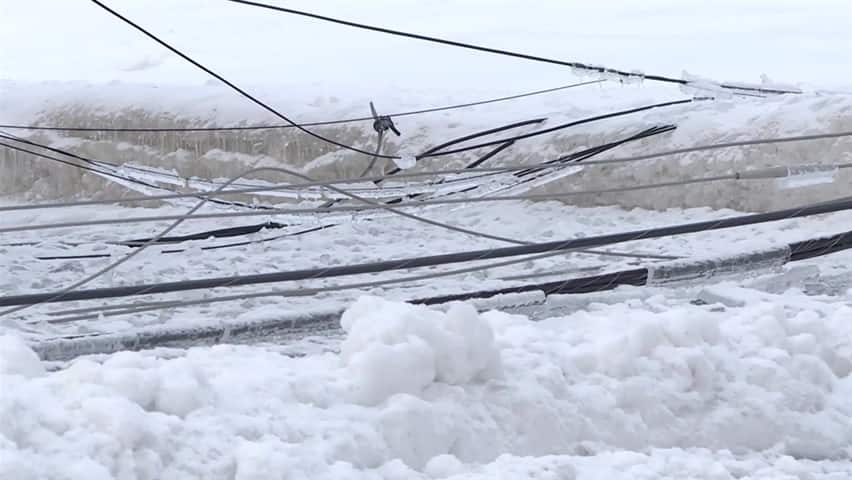 "We are still dealing with significant challenges due to the storm earlier this week," Gallant said Friday.

"This isn't an easy time for many New Brunswickers, especially on the eastern part of our province."

"We are not ruling out the possibility of declaring a state of emergency for a particular region of the province, but at this time prohibiting travel or ordering evacuations are not a part of our strategy of recovery," said Gallant.

Gallant said the province has contacted the federal government to see if there are additional resources it can provide to the regions impacted by the storm.

"This includes discussing if the Canadian Armed Forces would be able to help in some shape or form," said Gallant.

"The government of Canada remains ready to provide assistance to ensure the province has the necessary resources to address the impacts of this disaster," stated Scott Bardsley, the press secretary for federal Public Safety Minister Ralph Goodale, in a news release following Gallant's news conference.

Bardsley said the federal government is "closely monitoring the situation" in New Brunswick.

"Our thoughts are with the people of New Brunswick as they respond to, and recover from, the ice storm and our and our government stands ready to support them," stated Bardsley.

"There was an incredible buildup of ice on the trees, on poles, on our lines and in some places two inches of ice on our equipment and that severely impacts the grid in those regions," said Doucet.

"The storm ranged for over 36 hours. It takes a while for us to get out, assess the situation and move toward restoration."

In the northern parts of the province, he said, those problems were compounded by the severity of the storm.

"Every storm's different … every storm has its own character," he said. "You just don't know what the storms are going to bring."

Doucet said there are currently 300 crews on the ground working out of eight local operation centres and crews are working as safely and as quickly as possible.

"In the Miramichi and Acadian Peninsula, this was a massive ice storm and it takes a large  effort for us to go after it," he said.

"We will not relax our efforts until every customer is reconnected."

"Just because a piece of wire is down and looks relatively safe doesn't mean that it is," he said. "Facilities can be re-energized at any time and we don't want to see anyone injured.

"So stay away from our facilities." 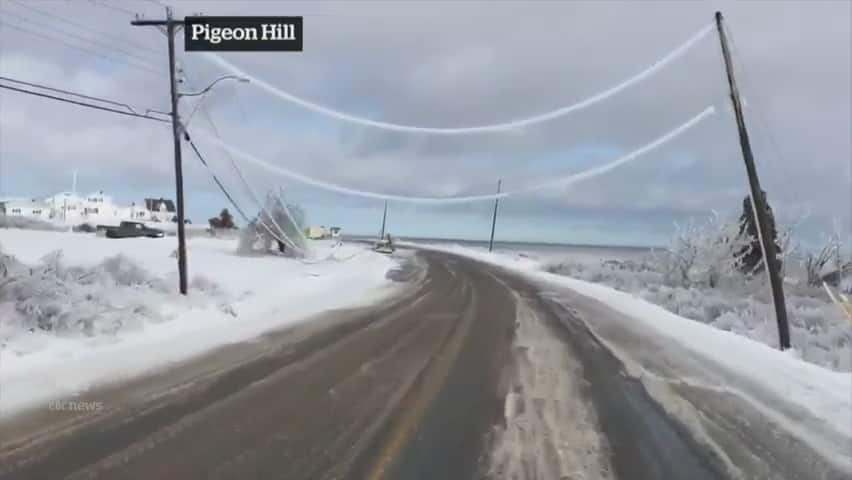 4 years agoVideo
1:37
A drive through Pigeon Hill showing power lines down along the road. 1:37

Paul Bradley, communications officer with New Brunswick's Department of Public Safety, said the province's Emergency Measures Organization [EMO] is doing everything it can to help communities that have declared a state of emergency.

"We understand why local authorities feel the situation was warranted … given the situation on the ground in those areas," said Bradley.

"These declarations, they're being made for local reasons."

He said the province is acting in concert with affected communities by implementing warming and emergency centres across New Brunswick.

Bradley didn't have the official number of communities that have declared a state of emergency. 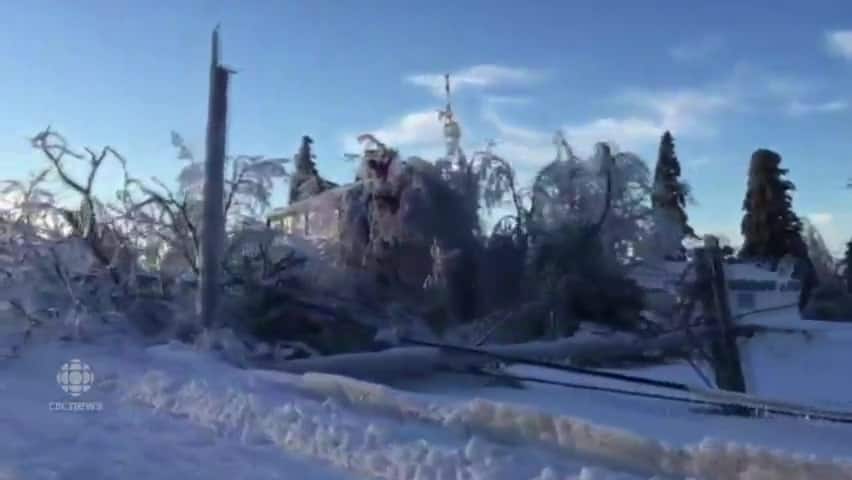 Devastation along Rue Albert in Tracadie

4 years agoVideo
0:27
The northeastern New Brunswick town of Tracadie declared a state of emergency Friday after this week's major ice storm, as much of the community remained without electricity. (Michèle Brideau/Radio-Canada) 0:27

Bradley also said it's still too early to tell how much the storm is costing the province.

"We're just concerned with the safety of people right now."

The post offices were also closed in those regions Friday.

"It is not safe to send our delivery agents to deliver mail today," said Philipe Legault, spokesman for Canada Post. "Delivery will resume once conditions improve and it is safe to do so."