Just 10 days after the New Brunswick government delivered what it believed to be a balanced budget, the COVID-19 virus has swung a wrecking ball through most of its underlying financial assumptions. Premier Blaine Higgs is acknowledging the document is already obsolete.

Just 10 days after the New Brunswick government delivered what it believed to be a balanced budget, the COVID-19 virus has swung a wrecking ball through most of its underlying financial assumptions.

Premier Blaine Higgs is acknowledging the document is already obsolete.

"We know this is really going to mess up the books," Higgs said during CBC's weekly Political Panel on Thursday about the far-reaching financial effects of the virus.

"We had a budget that had some ability to manage through a crisis, but none of us expected a crisis like this."

Higgs declared a state of emergency in the province on Thursday to combat the spread of COVID-19, ordering an array of businesses that serve the public to close indefinitely. That has constricted wide segments of the New Brunswick economy, put thousands of people out of work and shut down businesses that feed the province critical tax dollars daily. 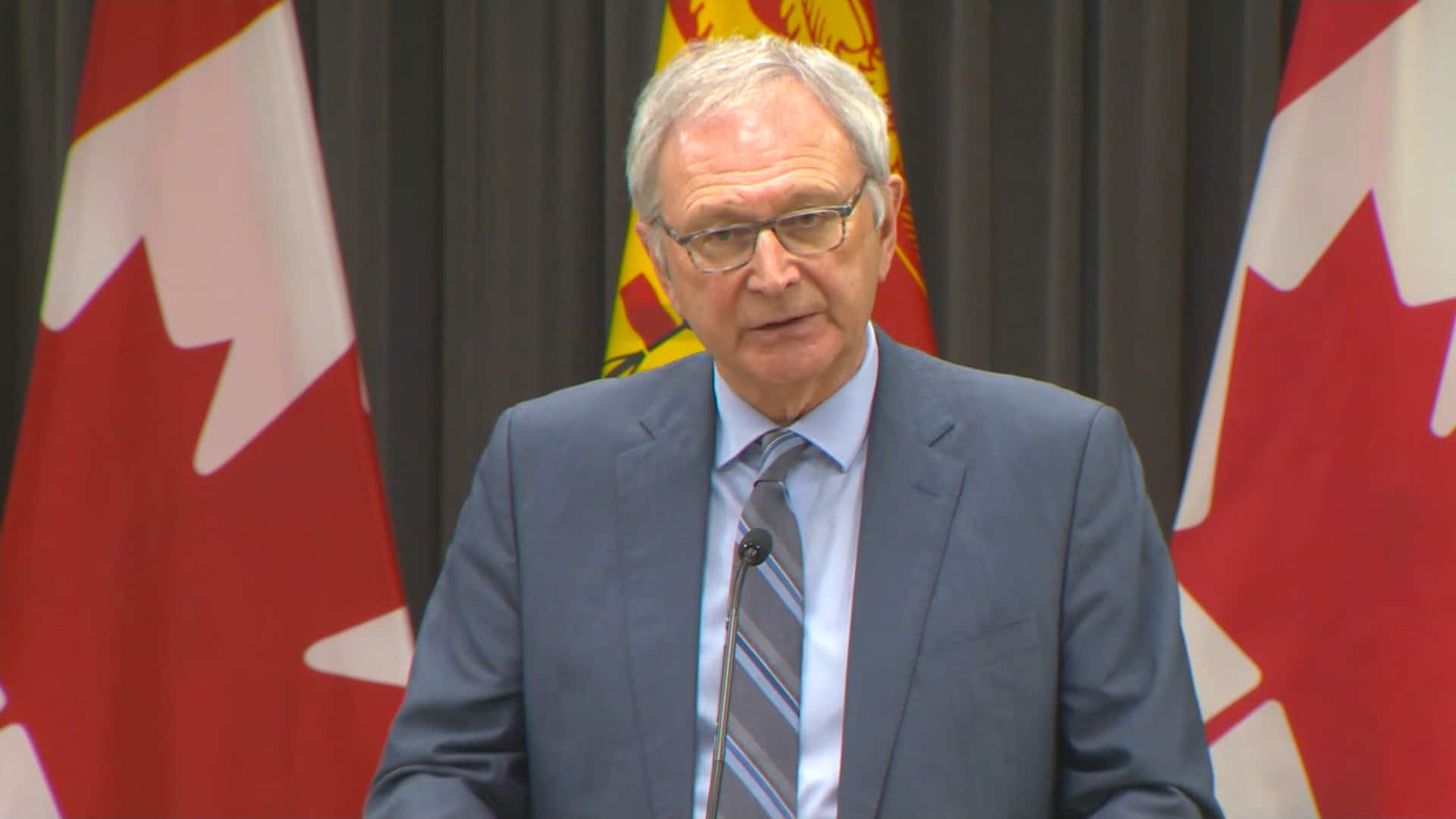 12 months ago
2:59
At a news conference Thursday, Higgs listed the businesses and operations that have been ordered to close immediately. 2:59

That, added to the steep decline in worldwide stock markets, promises to deliver a crushing one-two punch to next year's planned $92-million budget surplus unveiled a week ago Tuesday.

But the economic effects are so immediate and significant it is not beyond possible for the virus, with 11 days left in the current fiscal year, to undo this year's provincial budget surplus as well, projected just last week to be $97.8 million.

Higgs said it is a financial calamity he will deal with later when the danger posed to people from the virus has passed.

"We're seeing some projections that, depending how long this goes on, it's going to have a huge impact on not only employment activities but on the finances of the province," said Higgs.

"But that's secondary at this point."

Last week's budget, delivered by Finance Minister Ernie Steeves, was built on an assumption of one per cent growth in the New Brunswick economy this year.

But private forecasters are already casting doubt on that number.

On Wednesday, the TD Bank lowered its estimate of growth in New Brunswick for 2020 to a nearly stagnant 0.1 per cent, joining the Royal Bank, which cut its growth estimate for the province in half to 0.5 per cent.

"Like most of its provincial peers, New Brunswick's economy will take a hit this year as COVID-19 temporarily weighs on its business and consumer spending," said the TD report.

The New Brunswick government has several revenue sources in harm's way. It normally raises $4 million per day from the HST being applied to goods and services sold in the province, but that has already been sagging under the weight of so many business closures.

Corporate and personal income taxes which were budgeted to bring in another $2.3 billion this year are also likely to be suppressed.

The decline in HST revenue is also something attacking this year's budget surplus even though the end of the fiscal year is just 11 days away.

But a larger threat is the sudden collapse in stock market values and the effect that may have on NB Power.

More than half of this year's expected provincial government budget surplus rests on NB Power's projected profit of $49.7 million.

But the utility has significant financial exposure to financial markets — mostly through $766 million in funds it has invested to pay for the future decommissioning of the Point Lepreau nuclear generating station and the management of its spent radioactive fuel.

According to its last annual report, nearly one-third of that money, $237 million, is invested in stock market-related equities. Some of those market have lost up to 30 per cent of their value in the last month.

NB Power's Marc Belliveau could not say Thursday if the market slump will be enough to wipe out NB Power's expected profit for the year when its books close on March 31, but barring a significant rally the impact of the markets on the utility and the province will be noticeable.

"It's a completely reasonable question, but the COVID crisis is only a few weeks old," said Belliveau in an email.

"We have a team of workers at NB Power that are examining the effect that these unprecedented events may have, but it is too early to determine with any amount of precision what those effects will be."

Higgs said the Finance Department is preparing an update on the province's finances for the all-party cabinet committee that has been steering the province through the current crisis, but he's not concerned with how grim the numbers might be.

"I've committed to [get] through this and what we've collectively committed to — we'll do what is necessary to protect the citizens."