Winds gusting up to 60 km/h are causing three to four foot waves in some areas around Grand Lake, N.B. "It's like an ocean here today … It's impacted everybody," resident says.

'It's like an ocean here today,' says resident with big waves lapping against his house

Winds gusting up to 60 km/h are causing three to four foot waves in some areas around Grand Lake, N.B.

Mike Roy, a resident of the Douglas Harbour area on Grand Lake, said the high waves have been lapping against his house since 10 a.m. Saturday.

"It's like an ocean here today … It's impacted everybody," Roy said. "This is going to be as bad as last year."

Roy said he's never seen flooding like this in the area.

"Last year, we had a bit higher water, but we didn't get the waves on this side of the lake like we're getting right now."

Bruce Hogg, another resident in the Grand Lake area, said water levels are lower than last year; but this year they're contending with more ice.

"We're watching that very closely," MacCallum said because moving ice "may in fact run up on shore and cause infrastructure damage or additional problems with roads."

What the 2019 New Brunsiwck flood looked like on Friday: 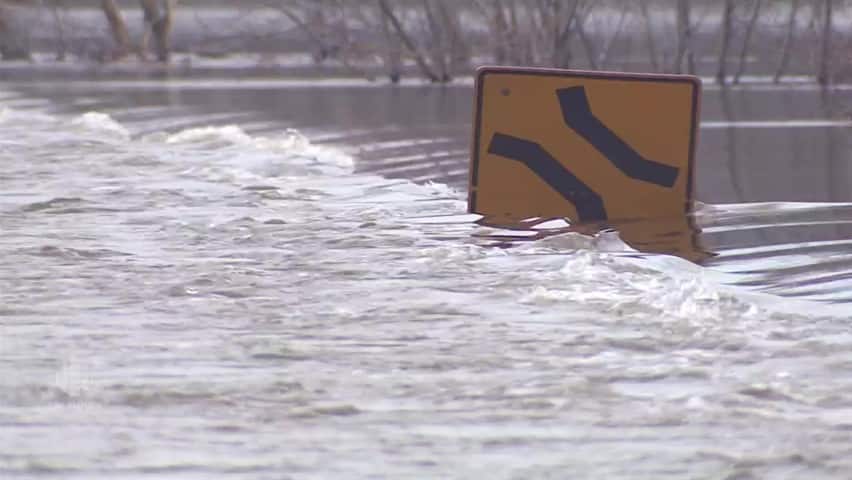 How the 2019 New Brunswick flood looks on Friday

2 years ago
1:01
This is how the 2019 New Brunswick flood looks on Friday in Grand Lake and along the St. John and Kennebecaisis Rivers. 1:01

Twenty-five millimetres of rain was forecast to fall in southern parts of New Brunswick Saturday, causing water levels that have receded in some communities along the St. John River to rise again. The heavy wind and rain is supposed to subside by Sunday and flood levels are expected to stabilize.

The most recent five-day forecast from River Watch said levels in Fredericton could drop to 7.1 metres by Monday, and to five metres in the Saint John area.

Still, there's a risk that strong winds could drive waters over roads and into homes.

River levels are expected to remain above flood stage for some time, even as they begin to drop.

"It will be a number of days before we are below flood stage," said MacCallum.

Crews and members of the Canadian Forces are still out assisting residents with sandbags, conducting wellness checks and evacuations. EMO spokesperson Geoffrey Downey said about 400 soldiers are currently deployed across New Brunswick.

"Last year we certainly ran into issues where people who didn't have water in their homes did after waves picked up and started smashing windows and things like that," Downey said.

Residents have been warned to avoid contact with floodwaters as they could be contaminated with sewage or other chemicals.

Watch this explainer on how a New Brunswick spring flood typically begins: 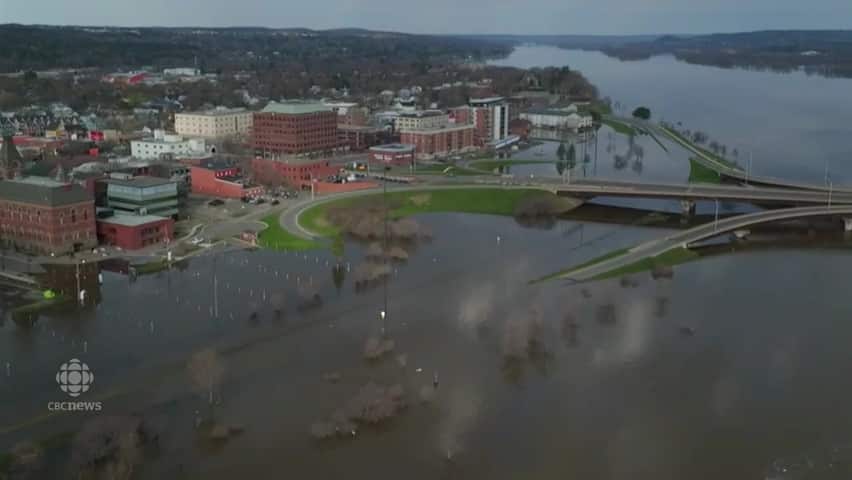 How the St. John River floods

2 years ago
1:26
How high will the St. John River rise this spring, and does the Mactaquac Dam have anything to do with it? A New Brunswick flood, explained. 1:26

Water levels in Fredericton were at 7.25 metres this morning and dropped overnight in Saint John to below 5.5 metres.

The Trans-Canada highway is still closed from Exit 306 (Oromocto) to Exit 423 (River Glade).

Ahmed Dassouki, director of operations with the Department of Transportation and Infrastructure, said 144 roads have been affected during this year's flood, with 83 still closed. This is fewer than last year, when 160 roads were closed or otherwise impacted, he said.

Dassouki said the department does not know when the Trans-Canada highway may be reopened.

Over 1,000 registered with Red Cross

Bill Lawlor, provincial director of the Canadian Red Cross, said the number of evacuees registered has grown to 1,052 individuals.

This is still lower than last year's peak of registrations of 2,517 people, but Lawlor said the Red Cross is expecting to see another spike in registrations over the weekend because of the rain.

"We're cautious with the numbers only because we know this is not over yet," Lawlor said.

About 65 per cent of evacuees registered this year also registered during the 2018 flood.

The majority of evacuees are from Fredericton and communities just downriver, but the Red Cross said it is seeing increased registrations from Saint John and surrounding areas.

"We're seeing quite an impact emotionally on those who are evacuating, particularly those who are doing this again two years in a row. It's an extraordinarily stressful time for those households."

Prepare for a week or more

Lawlor recommends that those who are leaving their homes prepare for an absence longer than 72 hours.

While it's impossible to know in advance, he said it could potentially be weeks before some people are given the all clear by public authorities to re-enter their homes, depending on damage to property and access roads.

Here's what should be in a 72-hour preparedness kit: 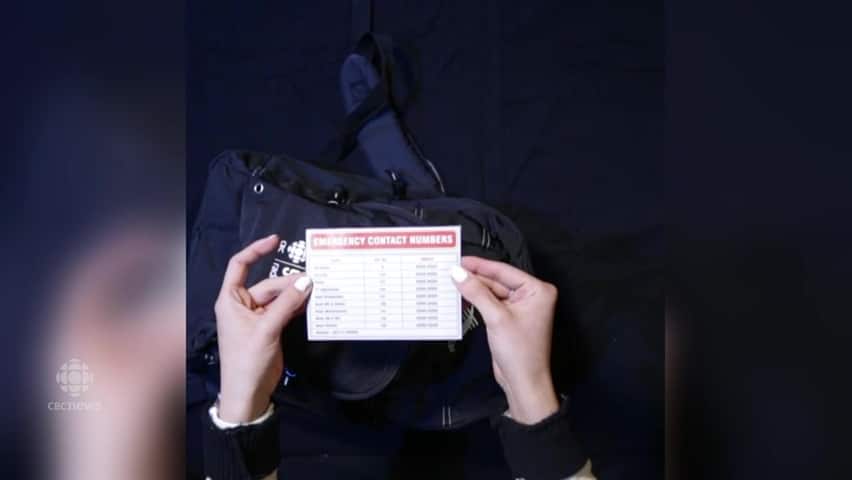 Here's a list of essentials for your flood kit

Lawlor said people should to bring things like prescription medications, important documents and anything else they may need if they are out of their homes for a week or more.

He also said securing windows and doors and any loose objects outside of the home is a good idea, as well as elevating anything in basements above last year's watermark, if possible.