New Brunswick is seeing its slowest population growth in the last six years as more young people are moving to western Canada again. 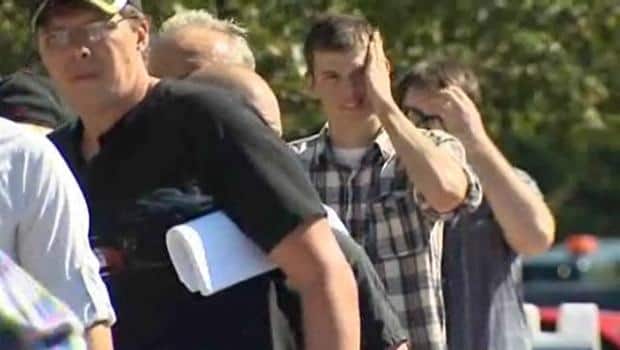 8 years ago
2:01
New Brunswick is seeing its slowest population growth in the last six years as more young people are moving to western Canada again. 2:01

Outmigration has been a serious concern for the provincial government for several years.

A push to keep residents in the province and repatriate others who had left New Brunswick had seemed to be working.

New Brunswick was actually gaining an average of 41 people a month from other provinces in 2010. But that positive population trend has been thrown into reverse.

New Brunswick lost 1,335 people to other parts of the country, primarily Alberta, between January and July. That represents the largest exodus since late 2006 and nearly triple the rate experienced in 2011.

That outmigration has brought population growth in New Brunswick to a virtual standstill this year with the province adding just 115 people as of July, a growth rate representing one-30th of the national average.

Stories abound of New Brunswickers who are leaving the province in search of employment opportunities.

Michelle Fairbanks offers a familiar story. In her case, she moved with her children to New Brunswick from British Columbia three years ago to reconnect with her roots.

But she said a lack of local jobs is forcing her to join a new wave of people leaving the province.

"I'm actually going to be pulling the plug and going back," said Fairbanks, who is finishing up a university degree in Saint John.

"But it was an opportunity to show my kids three years of where our ancestors came from."

New Brunswick has been struggling to come out of the recession.

It's the only province in Canada not to gain jobs during the last two years, actually dropping 4,400 since August 2010.

The loss of young, educated people is continuing to be a major concern for one of the province's academics.

Robert MacKinnon, the vice-president of the University of New Brunswick in Saint John, said the outmigration issue is a serious problem that has to be tackled right away.

"We need to be working more closely with our private and public sector partners to find creative ways of keeping our students here in New Brunswick," MacKinnon said.

The outmigration has left gaping holes in some New Brunswick communities.

The small village of McAdam has gone so far as creating a list of its citizens who have left the community to live in Fort McMurray.

In late July, the village’s list had 83 names of people who have left for jobs in the northern Alberta city.