COVID-19 has hit another special care home, this one in the Campbellton region, which already has more than 30 cases of the disease, including a case each at four schools.

COVID-19 has hit another special care home, this one in the Campbellton region, which already has more than 30 cases of the disease, including a case each at four schools.

Although the Manoir de la Sagesse has just one case, Jennifer Russell, the chief medical officer of health, called it an outbreak when she briefed reporters Tuesday on the latest developments in the COVID-19 situation in the province.

She said residents of this home share rooms, and all are being tested for COVID-19, as are staff. According to the province, the facility is licensed for 45 beds.

Russell said residents and staff will continue to be tested "on a regular basis," as was the case with the outbreak at Manoir Notre-Dame, a special care home in Moncton.

"We're taking aggressive steps to limit the impact of this on residents and staff," she said.

Russell reported six new cases on Tuesday, for a total of 82 active cases, higher than at any other time during the pandemic. Five of those people are in hospital, with one in intensive care. 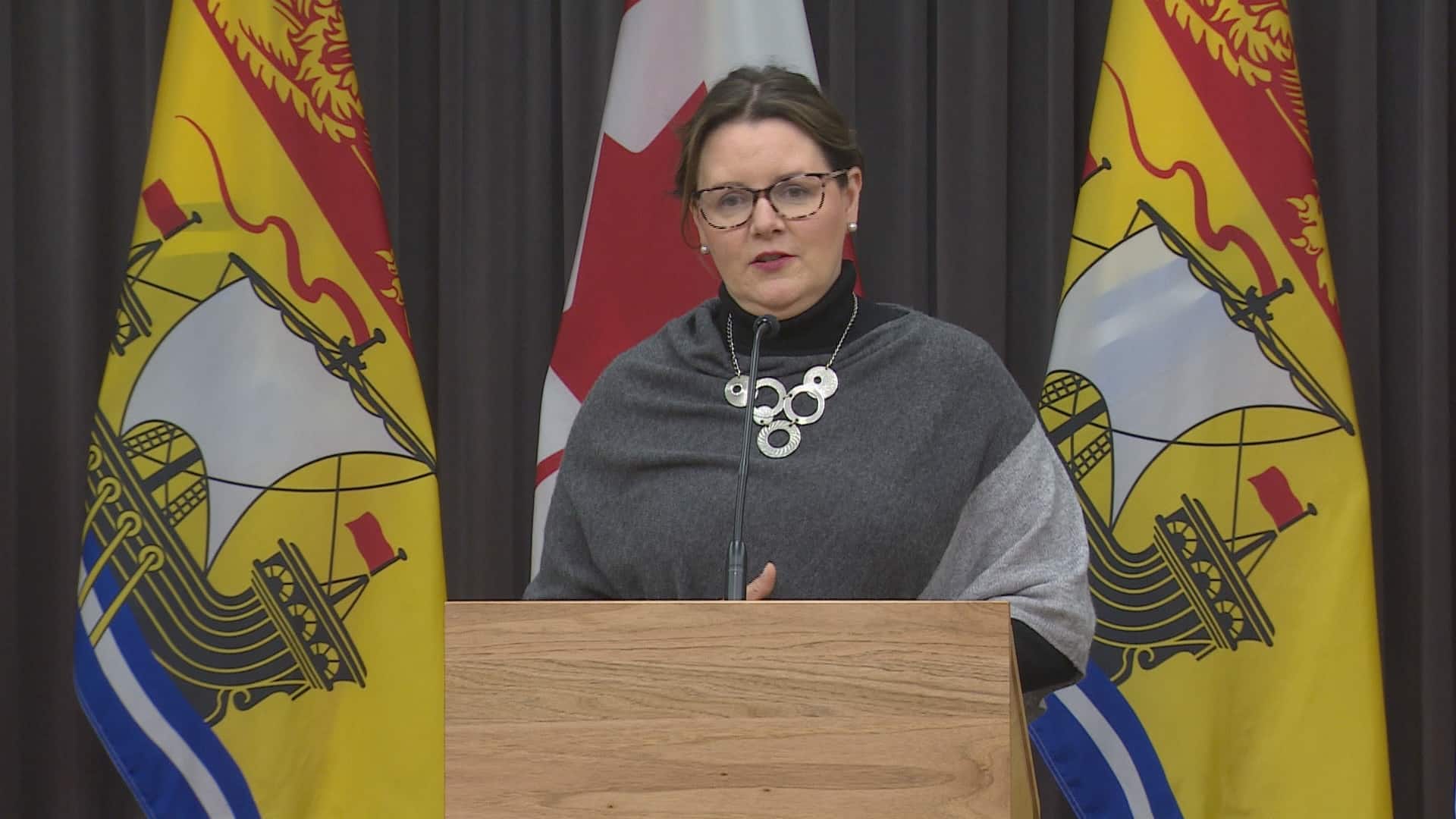 COVID-19 outbreak declared at another special care home, this one in Campbellton

Five of the new cases are in Zone 5, the Campbellton region, and include one individual 19 or under, one person in their 30s, one in their 50s, and two people in their 60s.

All are linked to the existing outbreak in Campbellton.

The sixth case is in Moncton, a person in their 70s, and is linked to the Moncton outbreak.

No mass testing this time in Campbellton

At the end of May, during the first outbreak at a special care home in the province, Public Health set up two mass-testing sites to test everyone willing to be tested — whether they showed symptoms or not.

Jennifer Russell, the chief medical officer of health, said that won't be done this time around in the Campbellton region, where four schools and a special care home each have a case.

"But what we've learned since then is that all of that asymptomatic testing came up with zero cases," she said. "And we see that across the country, in other jurisdictions where asymptomatic testing is just not really garnering results that point to its efficacy any longer from a human resources perspective."

Russell said it makes more sense to focus on close contacts of those who have tested positive.

"So we are having very, very targeted testing for the high-risk areas."

For example, essential workers who cross the border every day for work are offered asymptomatic testing twice a week.

From the beginning, she said the guidance has always been "testing the right person at the right time for the right reasons.

How Moncton outbreak started won't be made public

New Brunswickers aren't likely to find out how the Moncton outbreak started.

Dr. Jennifer Russell, the public health officer, has confirmed the outbreak at the Manoir Notre-Dame special care home is travel-related, but she won't elaborate.

But she declined to provide any details about how any kind of traveller could have carried the virus into the facility.

She said it is important "to be kind" and avoid finger-pointing.

Dalhousie Regional High School is the fourth school to confirm a positive case of COVID-19 as Zone 5, the Campbellton region, tries to get its second outbreak of the pandemic under control.

Anglophone North School District superintendent Mark Donovan advised in a post on the school website that students would be moving to virtual learning for two days, Tuesday and Wednesday.

Other schools, Campbellton Middle School and Lord Beaverbrook School in Campbellton, have been warning parents and guardians there may have been possible exposures after the confirmation of active cases at schools in the region.

The principals for each school said they were working with Public Health to identify any students or school staff who might have been in contact with a case.

At Tuesday's news conference, Education Minister Dominic Cardy asked parents to remember that "no news is good news," and he cautioned them to avoid getting their information from social media.

He said misinformation and partial-truths "actively damage our province's response to COVID-19 and actively endanger the lives and safety of people in this province."

Cardy, without giving any hint about the rumours he was talking about, said every time a rumour circulates, it takes time and resources away from fighting the virus.

Other schools in Zone 5 remain open for students.

But students in other districts across the province were told if they had travelled to either of the regions with outbreaks — Moncton and Campbellton — over the Thanksgiving weekend they must wear a mask at all times at school and on the bus for 14 days.

Premier Blaine Higgs said New Brunswickers have to stay vigilant — no matter what zone they're in.

"We are already seeing the benefits of your hard work," he said during the Tuesday COVID briefing.

"For example, the case numbers in Moncton have dropped significantly. Let's just hope this trend continues. Let's hope we're talking about days and weeks, and not months, of being in the orange zone."

Higgs said New Brunswickers have likely become complacent over the last few months because of our relative success against the coronavirus, but the latest outbreaks are "a wake-up call."

While the province is prepared to punish people who flout the rules, Higgs said willing compliance is the goal.

"We will never be able to control this in a way that we must, through an enforcement mechanism."

He said there are penalties in place through the province's Emergency Measures Act, and although fines have been issued, he said punishment is not the most effective approach.

Halloween may be different in orange areas

Unless the Campbellton and Moncton regions manage to return to the yellow phase of recovery before Oct. 31, there will be no door-to-door trick-or-treating in those zones, said Russell on Tuesday.

"As of now, if a zone is in orange, they will not be trick-or-treating. There would be other ways to celebrate Halloween,"  she said.

Watch | Dr. Jennifer Russell lays out the rules for trick-or-treating in orange areas 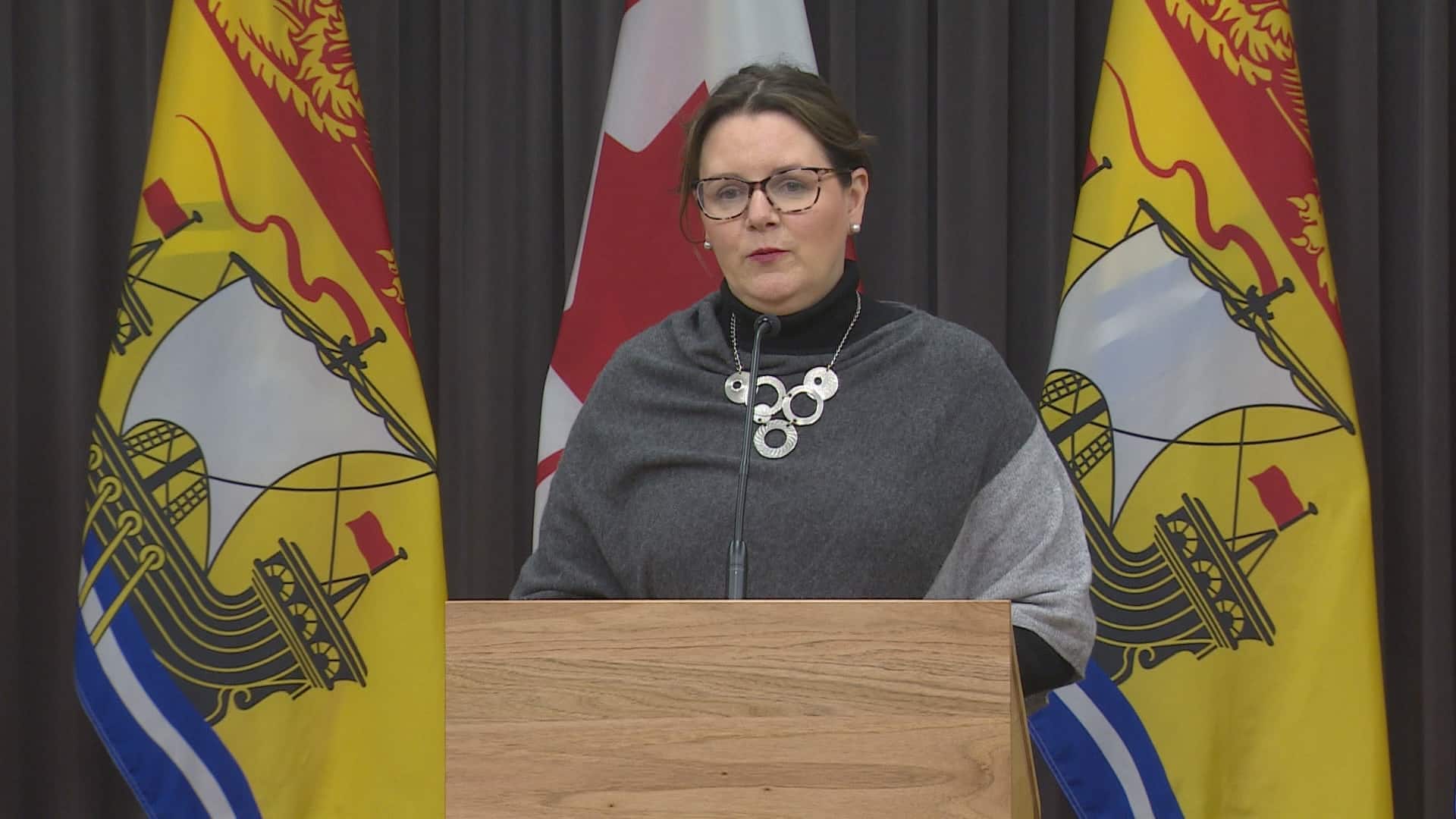 Under the orange phase, public health advises the following:

Mayors wonder if this outbreak should close all schools

Both Campbellton Mayor Stephanie Anglehart Paulin and Dalhousie Mayor Normand Pelletier say they are waiting each day to hear of more cases in their region while hoping the outbreak in Zone 5 can be brought under control quickly.

"This is serious and we can't just let all our schools be infected and not act upon it," said Anglehart Paulin. "I understand that the ones that have been in contact are in quarantine, but it certainly doesn't put the mind at ease for the rest that have to go sit in that classroom."

The Campbellton mayor said she wonders if all schools should be closed to help prevent the spread of the virus.

Pelletier agreed if it continues to spread, schools should close.

Zone 5 is dealing with a second outbreak, following one that began at the end of June at a nursing home in Athoville. The region was moved back into a more restrictive recovery phase Friday, forcing some businesses to close.

Both mayors said they are concerned about the impact the closure will have on small businesses forced to close again.

Eel River Bar First Nation has moved back to the red phase of its community recovery plan after learning three members of the community or staff were exposed positive cases of COVID-19.

In a letter to the community, Chief Sacha LaBillois Kennedy said all band operations and projects will stay closed for seven days.

The First Nation community is in Zone 5, where there are 37 active cases of COVID-19.

"Please know that we did not make this decision lightly, and we have been looking at all perspectives, we feel that it was necessary in order to continue to protect the community and the staff from the spread and risks of COVID-19," LaBillois Kennedy wrote.

LaBillois Kennedy said the situation will be monitored closely and the community would be updated Oct. 18.

Amherst Mayor David Kogon said people in his community are concerned about the outbreak in the Moncton region and will be following the province's request not to travel in and out of that zone unless the travel is essential.

Kogon, who is also a doctor at the Moncton City Hospital, has decided he will follow the same protocol that was put in place in March.

As an essential worker, he was permitted to cross the provincial border between New Brunswick and Nova Scotia but could only go to work.

"I was not allowed to go anywhere else in New Brunswick other than to go to hospital and get my car and come home."

"I'm going to self-impose that same restriction until I'm comfortable that there's not going to be any community spread in Moncton."

Service New Brunswick said Monday it will cancel all in-car driver tests in Zones 1 and 5 but commercial driver testing will continue with increased precautions in place.

Customers from outside the two zones who have scheduled appointments for commercial tests and written tests in those zones will be rebooked in non-impacted zones.

Those in zones 1 and 5 with appointments in other zones will have their appointments cancelled to "discourage travel outside their zones."

Gail Harding began her career as a journalist in the newspaper industry before joining CBC as a web writer.

With files from Mia Urquhart