Unclear how residents became ill, testing of others underway

The residents of Manoir Notre Dame are between 70 and 79 and 80 and 89, Dr. Jennifer Russell said at a news conference. Russell described them as in "stable" condition.

Russell said contact tracing is underway to understand how the residents became infected.

"We don't have any more information about how it got there at this time," Russell said.

A mass-testing team was at the Moncton home and those who may have been infected are being isolated, Premier Blaine Higgs said. 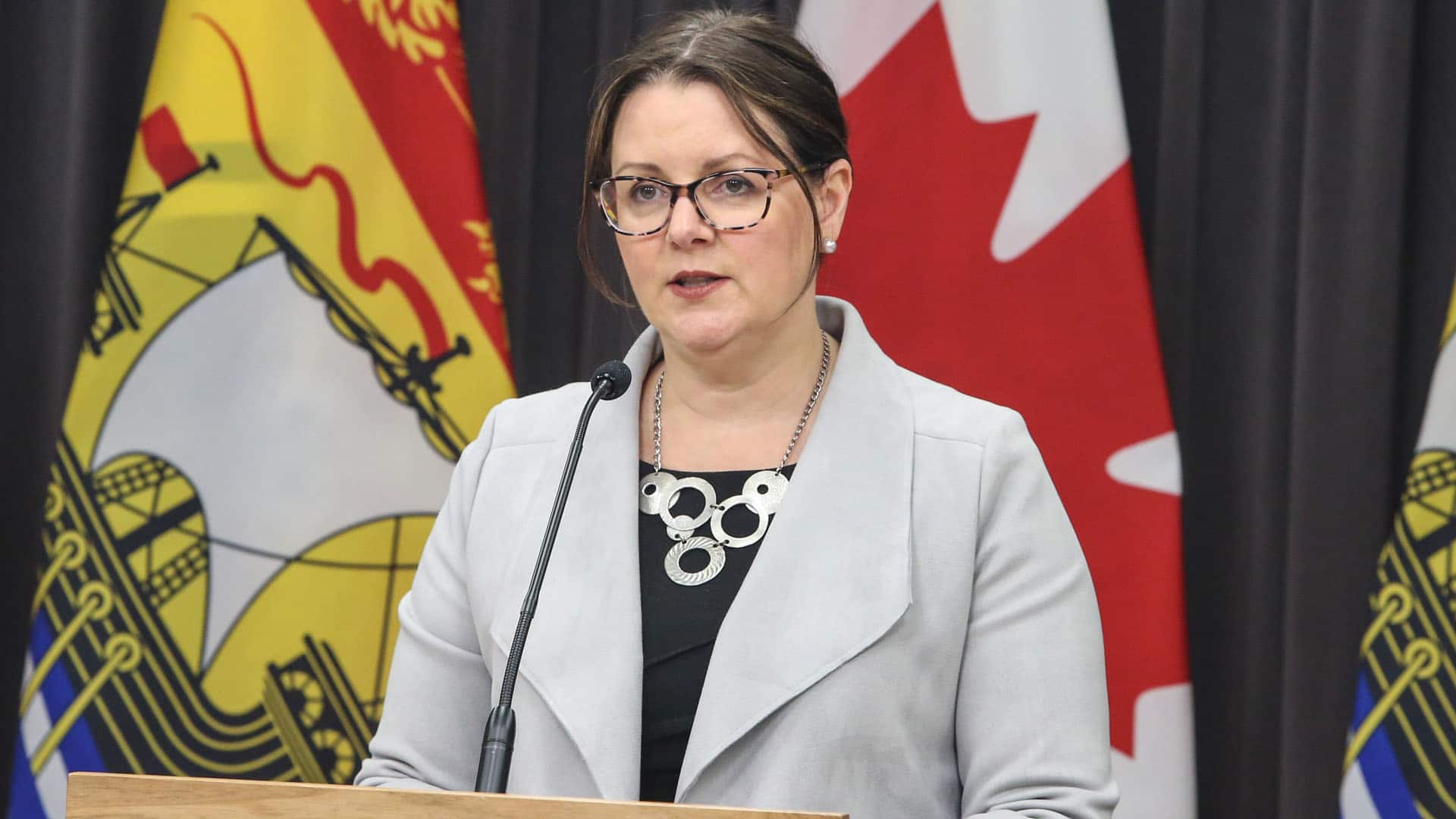 2 months agoVideo
2:29
Public Health does not know how COVID-19 got into the nursing home, Dr. Jennifer Russell says. 2:29

"We are deeply concerned for the remaining 110 residents and 56 staff," Russell said.

There have been 205 total cases across the province since March. Of those, 196 have recovered and two people have died. Those deaths were residents of Manoir de la Vallee, a special care home in the Campbellton region.

Admissions and visits at Manoir Notre Dame are suspended until further notice.

"I do not have to remind anyone of the seriousness of the situation," Russell said.

At Manoir Notre Dame, a resident told Radio-Canada that they had been confined to their rooms.

The Murphy Avenue home is listed as a special care home licensed for 120 beds, according to the provincial government website.

Several Ambulance New Brunswick staff were present throughout Tuesday, and people in protective gear could be seen coming out occasionally.

An emergency command centre was set up across the street from the home around 3 p.m.

Dr. Yves Leger, the regional medical officer of health, could also be seen going into the building.

Several people who approached the front doors were turned away.

Staff at the home declined to comment. Messages left requesting comment from the home's operators were not returned. 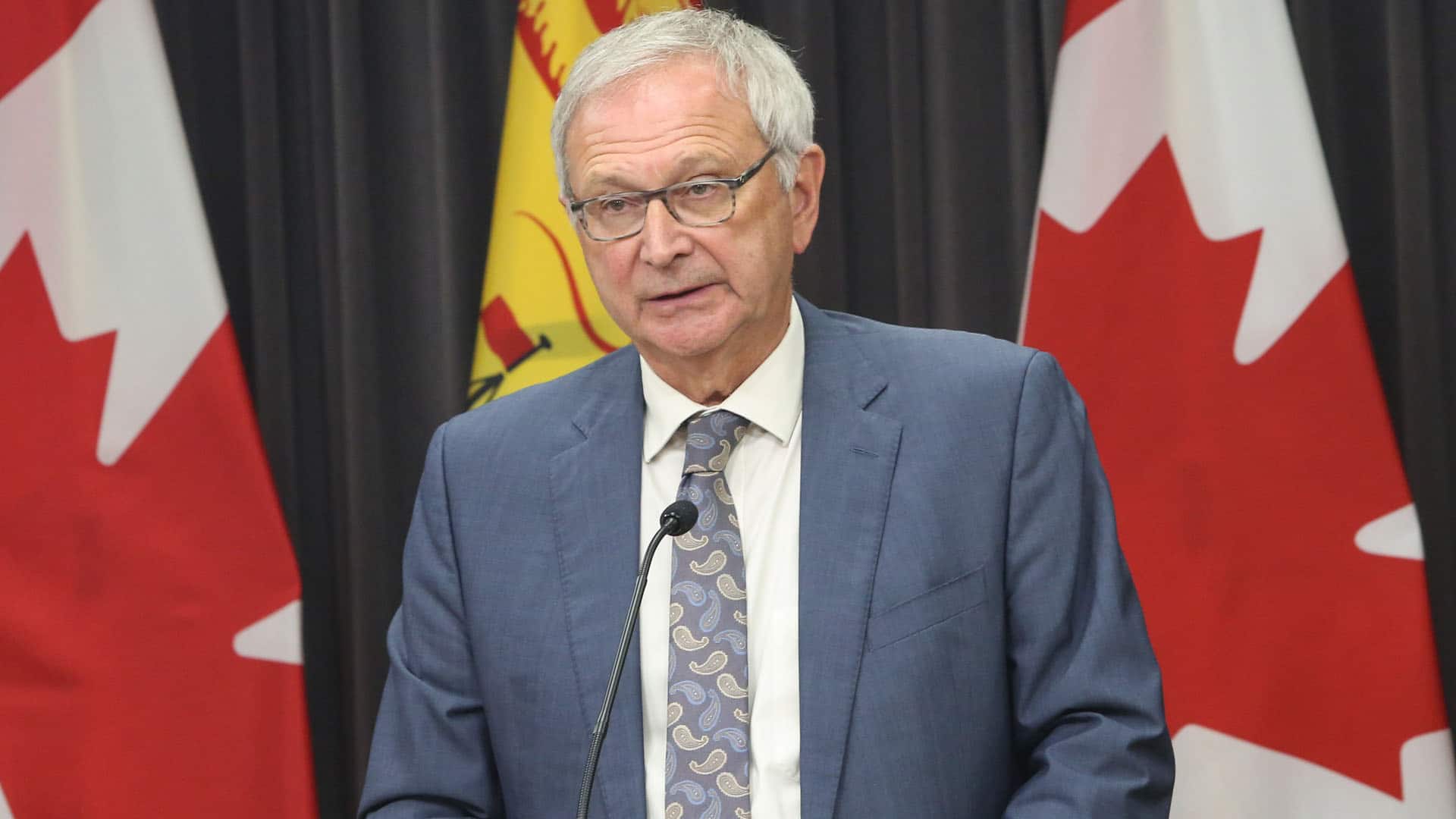 ‘This pandemic is far from over’

Higgs called the new cases unwelcome but not unexpected news. He said over the summer the province was able to keep the spread of COVID-19 contained.

The premier said some people have asked why precautions imposed to limit the spread of COVID-19 are still in place.

"Today's announcement is why," he said. "This pandemic is not over."

Meanwhile, Vitalité Health Network on Tuesday announced the suspension of visits to the surgical unit at the Dr. Georges-L.-Dumont University Hospital Centre until further notice.

"This situation is due to the implementation of preventive measures related to COVID-19," the health network said in a news release.

Vitalité CEO Gilles Lanteigne told reporters on Tuesday it was implemented because of the Moncton cases.

"When there was infections, we saw that very quickly it can have an impact on hospitals," Lanteigne said.

"Is it directly related? Yes, we're working with the minister of social development. We don't know the extent of what is going to be the outcome … Oftentimes, these sectors being high-risk, there are direct implications to the hospitals."

There were 354 tests completed Monday, bringing the provincial total to 80,809 since March, according to a provincial government website.

On Monday, the province announced two new cases of COVID-19 in the province. That brought the total number of active cases to five.

One of the new cases was in Zone 2, or the Saint John region. A news release said the person is between 60 and 69 and the case is related to travel from outside the Atlantic bubble.

The second new case announced Monday is in Zone 1, the Moncton region and described as an individual between 20 and 29 related to international travel.

With files from Radio-Canada and Philip Drost