New Brunswick has been raising some eyebrows with its plan to stay closed to non residents to combat the COVID-19 crises, making few exceptions even for Canadians who own vacation properties in the province.

Province boasts one of lowest infection rates in North America, banned visitors to keep it that way

Like a nervous household with its doors barred and windows locked in a tough neighbourhood, New Brunswick has been raising some eyebrows with its plan to stay closed to non-residents to combat the COVID-19 crisis, making few exceptions even for Canadians who own vacation properties in the province.

"The risk of travel-related cases is there when we have provinces and jurisdictions around us that have cases that are concerning," said Dr. Jennifer Russell, the province's chief medical officer of health, on Wednesday in defending the isolation policy.

Since the beginning of the pandemic, New Brunswick has recorded the lowest rate of COVID-19 infections among all 10 Canadian provinces and 50 U.S. states — just 15.4 cases per 100,000 residents — even with two new infections discovered in the province this week.

It's a fraction of the mayhem and heartache the virus has caused among the province's neighbours, especially in the New England states to the west and in Quebec to the north where efforts to suppress the spread of new cases has been having only mixed success.

In Quebec, the epicentre of the outbreak in Canada, more than 7,000 new cases have turned up just in the last week, including 910 on Wednesday, frustrating health officials who had declared the virus to be in retreat nearly three weeks ago.

"We are very confident we have reached the peak of the curve," said Dr. Mylène Drouin, Montreal's director of public health, on April 16.

But on Monday, Drouin walked that back saying the rate of new infections has not been improving as expected.

"We are not lowering the epidemic curve," said Drouin. "We can see a plateau and even an increase in cases."

Quebec has had 26 times the COVID-19 infections per capita New Brunswick has had and, earlier this week, concern over the virus' stubborn grip on Montreal caused Quebec Premier Francois Legault to delay the planned reopening of retail stores in the city until May 25, a week later than originally announced.

Quebec's struggles with the virus are also what is helping to convince officials in New Brunswick that isolating the province from a problem that large just next door is only sensible.

"It's too early to open the borders up, especially in a situation what we see with what they're currently dealing with in Ontario or Quebec," said Premier Blaine Higgs.

"We need to take care to control the flow of people into New Brunswick if we are going to contain the spread of the virus."

Higgs said even those in other provinces who own cottages in New Brunswick are not welcome just yet and will be turned away at the border or at airport checkpoints if they show up.

There have been questions raised about whether New Brunswick risks violating the mobility rights of Canadians by continuing to block its provincial borders in that way, according to University of New Brunswick law professor Nicole O'Byrne.

Section 6 of Canada's Charter of Rights and Freedoms grants all citizens and permanent residents the "right to move to and take up residence in any province and to pursue the gaining of a livelihood in any province."

But O'Byrne believes as long as New Brunswick is pursuing a legitimate public health objective, courts would be unlikely to find fault.

"There is no charter right that is absolute," said O'Byrne. "Individual rights are always weighed and balanced against the public good." 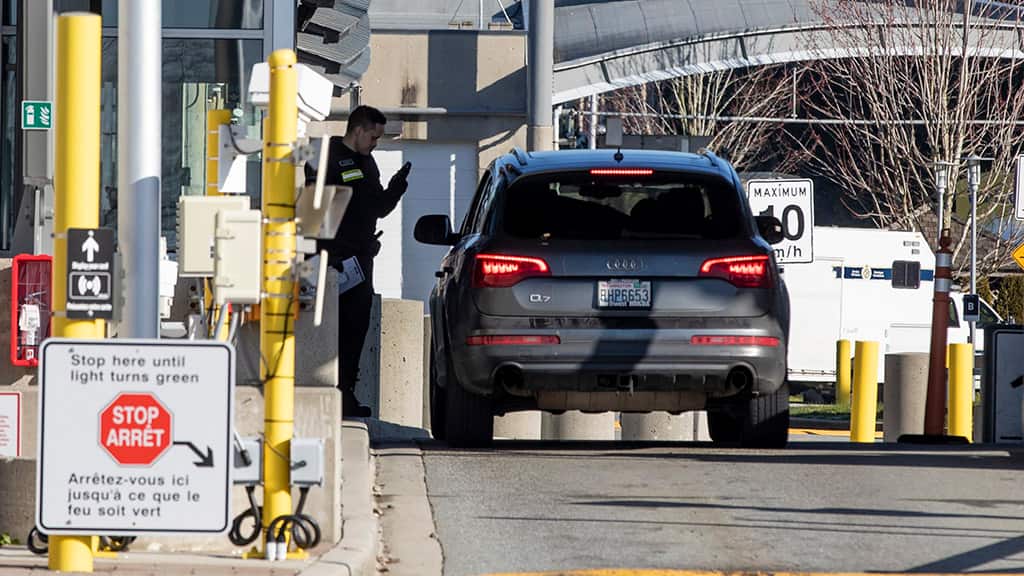 What do New Brunswick’s border rules look like and how are they enforced?

10 months ago
2:09
Now that the New Brunswick COVID-19 curve is flat, risk lies at the borders. What’s considered essential and non-essential travel, and how is New Brunswick making sure people coming in are following safety rules? 2:09

Daily new cases in Quebec in May have been almost triple what they were on March 25 when New Brunswick first began restricting entrance at all of its provincial borders and that has convinced Higgs controls should be tightened further — not loosened.

And not just with entry points with Quebec.

New Brunswick's longest border is with the United States, and last summer 200,000 Americans travelled through a New Brunswick crossing at some point between mid-June and mid-September — with most of those travellers from New England.

But nearby states, including Maine, New Hampshire and Vermont, have all had problems stamping out the COVID-19 virus, with more than 800 new cases reported this week among the three of them, according to the Center for Systems Science and Engineering at Johns Hopkins University.

That is significant on its own but pales in comparison to Massachusetts, which has been suffering one of the most devastating outbreaks on the continent

More than 70,000 Massachusetts residents have tested positive for COVID-19 since the pandemic began, one per cent of its entire population, including 10,000 new cases just in the last week.

It's a per capita infection rate more than double Quebec's and 65 times greater than New Brunswick's.

When Higgs speaks of the threat posed to New Brunswick by outside jurisdictions, he almost always includes the threat from U.S. visitors as he worries the province's success combating COVID-19 will tempt many to visit.

"It is clear. Our risk is at our borders and we will be strengthening control around our borders as necessary to minimize the risks for citizens of this province," Higgs said Monday.

"If you look around us the bordering provinces or states and the levels of situation they are currently in with the COVID pandemic, that would give you a sense certainly where our biggest concerns might be.

"If we're moving ahead quicker than other provinces, more people will want to try and get in New Brunswick and we've just got to be diligent."