New Brunswick has one new case of COVID-19, bringing the total to 112, the province said Friday.

New Brunswick has one new case of COVID-19, bringing the total to 112, the provincial government said Friday.

A news release says the new case is a person 60 to 69 years old in Zone 2, or the Saint John region.

The release said of the 112 cases, 63 are travel-related, 35 are close contacts of confirmed cases, six are the result of community transmission and eight remain under investigation.

Sixty people have recovered since the outbreak began, the release said. Ten people have been hospitalized in total, and five were still in hospital Friday. Three of them are in an intensive care unit.

In the release, chief medical officer of health Dr. Jennifer Russell reminded people how important it is to stay home this long weekend.

"It is difficult to not visit our parents, other family members and friends but it would be more difficult to see them become sick because of a decision that was made not to stay home," she was quoted as saying in the release.

Premier Blaine Higgs echoed the recommendation in the release.

"By staying at home and practising physical distancing, you are making a difference," he was quoted as saying.

Local police forces and the RCMP will be out this long weekend enforcing the physical-distancing rules related to COVID-19, educating residents and handing out tickets or fines to people found violating orders related to the province's emergency declaration.

Staying two metres away from people who are not in your household is mandatory, a rule that is outlined clearly in the emergency order.

Meanwhile, Public Health recommends limiting non-essential travel within the province. It's not something that is clearly outlined in the state of emergency order, leaving some residents confused as to what they can and can't do.

"What is actually a violation of the order versus what's just not following Public Health recommendations can sometimes get a little bit muddied," said Jamie McConnell, a constitutional lawyer based in Saint John.

McConnell said the lack of clarity raises questions about what police are being told they can and can't do, too.

"There can be concerns over increased police powers when you have a state of emergency in effect," said

McConnell said police are allowed to pull motorists over anytime under the Motor Vehicle Act, but there's nothing in the state of emergency order that requires people in the car to answer questions, unless they are coming from out-of-province.

"There's nothing in the mandatory order that says police can stop you and you have to answer questions related to COVID-19," he said.

RCMP spokesperson Hans Ouelette has previously said that officers' first impulses will be to educate, rather than hand out tickets and fines.

McConnell said that doesn't mean people shouldn't use their common sense or not take recommendations about staying home seriously.

He also expects the mandatory order will be continuously updated, as Public Health figures out the best practice for certain situations, such as carpooling to work.

The delay in the recreational hunting and fishing seasons will not impact First Nations and their Aboriginal and treaty rights, according to a spokesperson for the Department of Natural Resources and Energy Development.

"However, everyone is asked to stay home and to only go out for work or essentials, avoid any non-essential travel, and practise physical distancing," Kelly Cormier said in an email Friday.

The provincial government announced Thursday it was imposing a two-week delay at minimum before re-evaluating the situation on April 30.

Should garden centres be deemed essential?

Farmer Brown's owner Lisa Brown says she believes garden centres should be deemed an essential service because of the demand for vegetable seeds and plants.

"We've had so many calls from people wanting to start their first garden, to pre-order their vegetable plants, it's just through the roof."

Brown said many people are concerned about food security.

Brown added that to date, she has sold close to 300 vegetable planters.

"That's how much people are concerned about food."

Because of the demand, Brown has hired someone to deal with the phone calls and keep an inventory of what has been ordered.

"We're trying to do both at the same time."

Brown is now seeking clarity on whether garden centres can be considered essential and able to open during the state of emergency declared to control the spread of COVID-19. 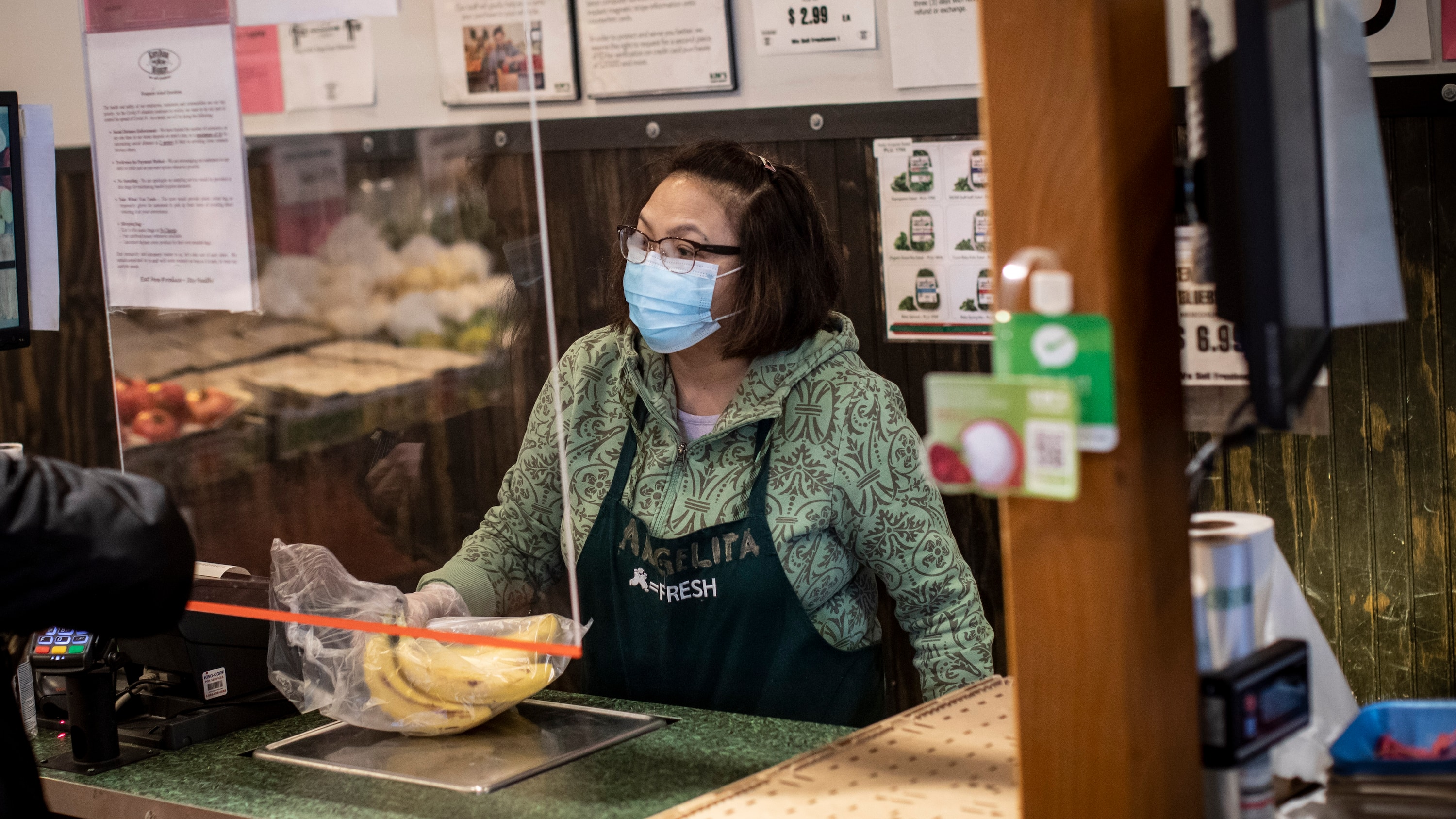 Which businesses stay open during a pandemic and who decides?

11 months ago
2:27
New Brunswick has felt like a virtual ghost town since the state of emergency was declared and renewed. But who decided what had to close and what workers had to go home? 2:27

Brown said if garden centres were open so people could purchase flowers and shrubs for their property, people could more easily stay home.

Brown said her MLA toldl her garden centres could open as long as they maintained social distancing, but she wants the province to make this clear.

Maritime and Quebec lobster processors say Ottawa should immediately delay fishing in all spring lobster fishing zones in the Gulf of St. Lawrence amid concerns about the COVID-19 outbreak and the cratering markets.

Twenty-four processors from the four provinces signed a letter to the premiers and Fisheries and Oceans Canada that also calls for financial aid for the industry.

The group called for a minimum two-week delay two weeks ago, but processors now say the situation has deteriorated.

"Unfortunately, the crisis has taken a significant turn for the worse and market conditions have degraded even more," the letter dated April 9 said. "A perfect storm is gathering in Canada's lobster industry."

Processors say they're concerned about being able to provide safe working conditions for their 10,000 workers.

"Our Canadian workers and their families are justifiably concerned about being called to work on May 1."

The group is also calling for a "significant industry contingency plan with a broad suite of support measures," including extending employment insurance benefits.

"But I think if we had a choice it would be delayed at least for a few weeks and maybe maybe a little longer."

If the season is delayed, and especially if it's cancelled, Higgs said he would expect the federal government to provide compensation to fishers.

The federal government has postponed snow crab fishing in the gulf after consulting industry representatives.

Provincial farmers want to see an emergency plan on local food developed to improve market access and public food security, according to the president of the New Brunswick division for the National Farmers Union.

Rébeka Frazer-Chiasson told CBC News this week there are separate conversations happening in the province around helping farmers bring their products to market and what needs to be done to ensure households in need can put food on the table. 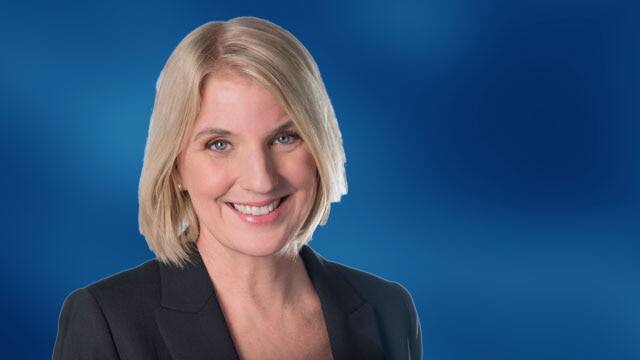 In the weeks since restrictive emergency measures were ordered, food banks have described the deficit they're facing in supply and funding, and gaps in food security could widen in a prolonged lockdown.

Frazer-Chiasson said with government assistance, local farmers could help fill those holes. She proposed changes to regulations and quotas for small-scale operations as well as ensuring direct-to-consumer access so more products can reach the public.

Some local farmers face serious economic hurdles during the pandemic, from labour issues to cash flow, and the government aid packages are not tailored to farms.

For instance, the federal wage subsidy program requires businesses to show a 30 per cent loss of revenue, a tricky situation for farmers to report in the short term. Disruption to operations on the farm will result in lost revenue months and months from now when produce is ready to sell, she said.