The first case of the novel coronavirus has been reported in New Brunswick, the Department of Health says.

This is also the 1st case recorded in Atlantic Canada

The "presumptive" first case of the novel coronavirus has been reported in New Brunswick, the Department of Health announced Wednesday evening.

This would be the first case of COVID-19 in Atlantic Canada.

The affected person, a woman between 50 and 60, had travelled from France to New Brunswick and is now at her home in the southeastern part of the province.

"This patient was minimally symptomatic and has been home on self-isolation," Dr. Jennifer Russell, New Brunswick's chief medical officer, said at a news conference.

Diagnostic testing was conducted at the Dr. Georges-L.-Dumont lab in Moncton, where the case was confirmed as presumptive on Wednesday afternoon.

The patient was just told of the diagnosis before the news conference.

The Department of Health website describes the case as "probable."

Additional testing will take place at the National Microbology Laboratory in Winnipeg before the case is confirmed.

Russell said Public Health will be in daily contact with the woman.

Measures have already been put in place to try to prevent the spread of the virus, Russell said. 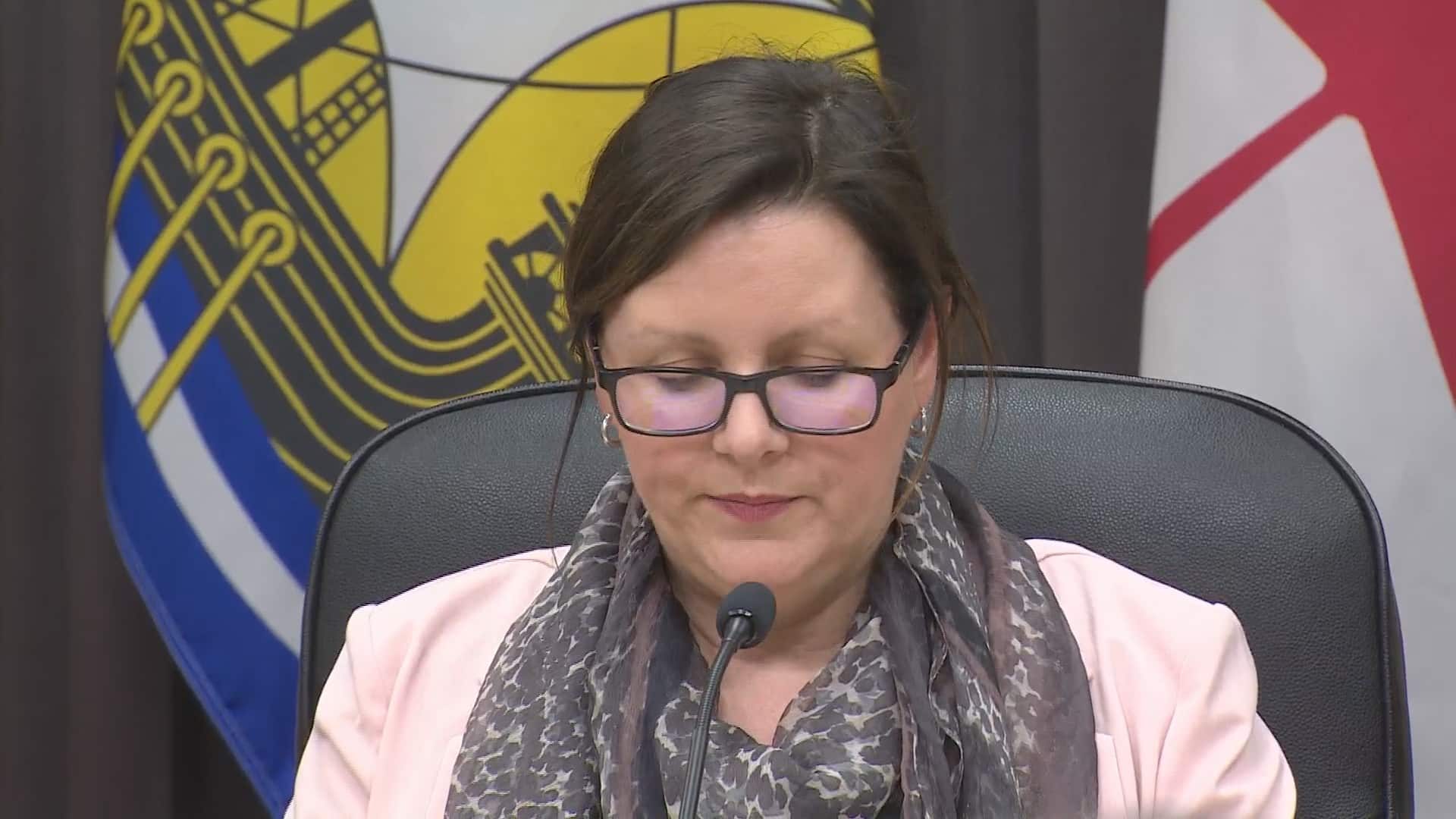 In French, Russell said the woman could leave self-isolation after she no longer shows any symptoms and receives two tests results that come back negative.

Russell said the woman called 811 and received a time for when she should go to a health-care centre, where the ER was notified she was on her way. At the hospital, she was taken into an isolation room and tested.

"She was taken right in for assessment," Russell said.

Russell wouldn't confirm whether anyone was travelling with the woman or when she returned from France.

Nor would she say where the woman lives. Russell said that in providing limited information she was following a model adopted by British Columbia.

"We do have privacy rules we must adhere to," she said. "If you have a small population and you narrow down those parameters, it gets hard and harder to protect privacy."

The news of the case came just hours after the World Health Organization deemed the coronavirus outbreak a pandemic, infecting thousands of people in more than 100 countries.

Provincial officials have said it was only a matter of time before the virus reached New Brunswick.

"We knew this day would come and that is why we have been working diligently to prepare to respond appropriately in the case of the coronavirus in our province," said Premier Blaine Higgs, who was also at the news conference.

Higgs said health-care professionals are ready to respond to the virus and have been preparing since Canada's first case emerged in January.

"Our government officials will continue communicating, planning and co-ordinating with first responders, our communities and individual New Brunswickers to ensure the health and safety of all New Brunswickers continues to be the top priority," he said.

As of early Wednesday morning, Canada had 101 reported cases of COVID-19, that number does not include New Brunswick's first case:

Ontario officials reported five of those cases are now resolved, which they said means the individuals are "no longer infectious based on two consecutive negative tests." B.C. says four of its cases are resolved.

The first COVID-19 death in Canada was announced in British Columbia on Monday.

The Public Health Agency of Canada's website says the risk to Canadians remains low for the general population — but that "could change rapidly."

It says there is an increased risk of more severe outcomes for Canadians who are aged 65 or older or have compromised immune systems.