Mandatory mask order may — or may not — be coming by Oct. 8, says Higgs

New Brunswick may — or may not — make wearing masks mandatory in public as early as next week, says Premier Blaine Higgs.

New Brunswick may — or may not — make wearing masks mandatory in public as early as next week, says Premier Blaine Higgs.

During a COVID-19 briefing at 11 a.m., however, Higgs stepped back from that.

"Although I prefer not to make mask use mandatory in public spaces, I know that it may soon be necessary — even as early as Oct. 8," he told reporters, citing the recent surge in cases in Quebec and Maine.

Later, when asked to clarify, he said: "We are looking very seriously at having mandatory masks in public spaces."

"There is a possibility we will implement this next week. It could be a week or two out. … I guess the only clarity here I'll add, it could be as early as Oct. 8, or it could be delayed a few weeks, but I would suggest that mandatory masks are coming soon into our province."

Chief Medical Officer of Health Dr. Jennifer Russell said more New Brunswickers are getting into the habit of wearing a mask, which is encouraging. "But to protect our most vulnerable, we need to stay well ahead of the course of this pandemic.

"We will be monitoring mask use across the province, and I will not hesitate to recommend a mandatory order if this becomes necessary," she said. 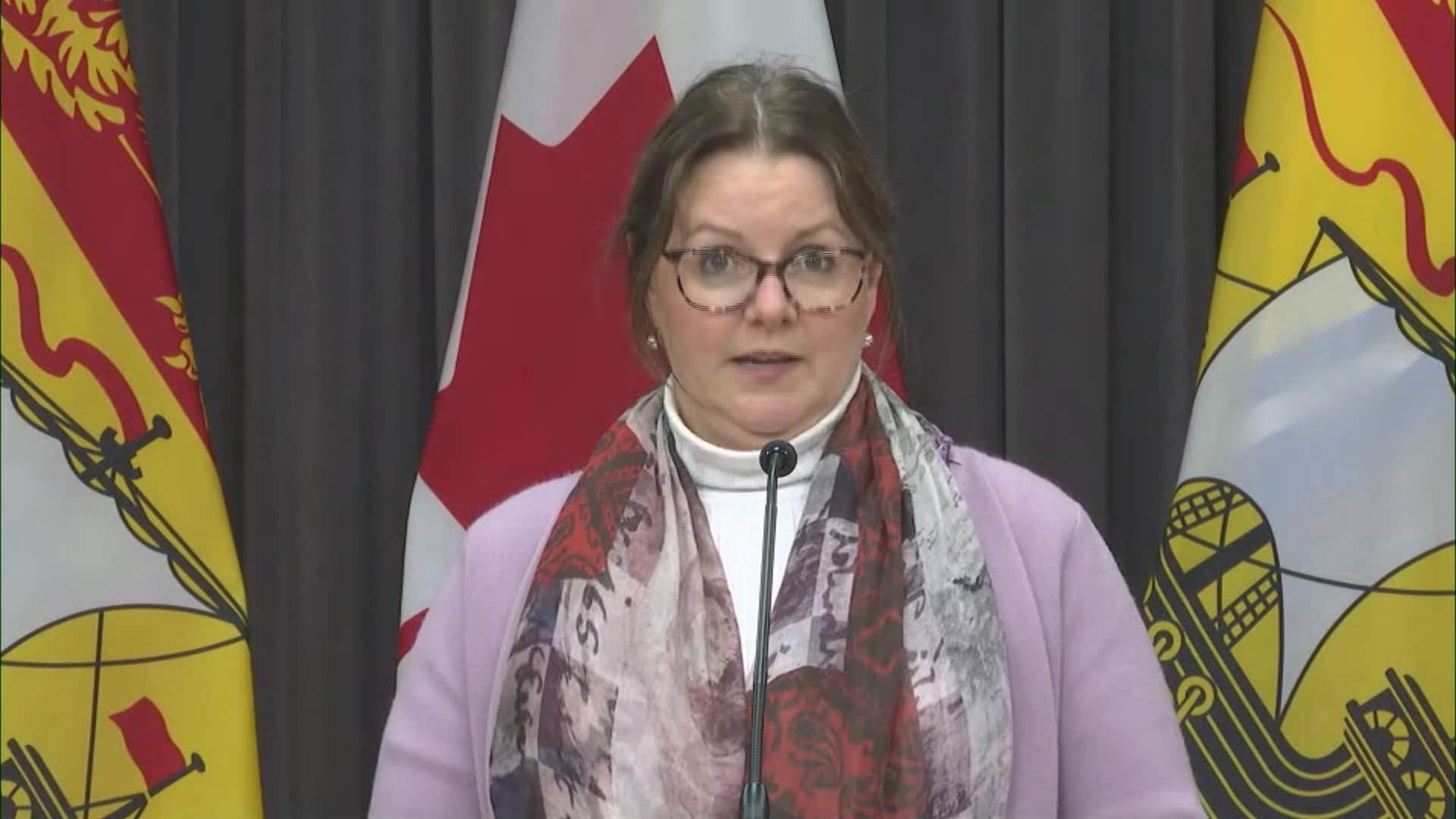 18 days ago
1:17
Masks could be the rule as early as Oct. 8 in New Brunswick, says Premier Blaine Higgs, although he's reluctant to make the order. 1:17

In a subsequent news release, Higgs "reminded" New Brunswickers that wearing a face mask in public when physical distancing is not possible is mandatory under the province's state of emergency order.

If New Brunswickers do not comply with the emergency order by wearing masks when required, a mandatory mask policy "could be implemented" as soon as Oct. 8, according to the release.

"Staying in the Yellow level of recovery is essential to maintaining health, and keeping our economy and schools open," Higgs said in a statement.

This isn't the first time the government's messaging about masks has been unclear.

On June 5, the government announced face coverings would be required to enter buildings open to the general public, but it reversed the decision the next day.

"Cabinet has reviewed the decision and it was not the intent to place an additional expectation on businesses or the public regarding wearing a face covering in a public space," it said in a news release at the time.

Higgs acknowledged Friday he expects most New Brunswickers are anticipating the province will follow suit.

It was the first COVID-19 briefing in more than six weeks.

No new cases of COVID-19 were recorded for the seventh day in a row Friday and one more case has recovered.

There are now five active cases of the respiratory disease in the province — three in the Moncton region (Zone 1), one is attributed to the Fredericton region (Zone 3), although the infected person is actually in Ontario recovering, and one is in the Bathurst region (Zone 6).

An infected Quebec resident who works in Campbellton is being counted in the Quebec numbers. Contact tracing is being conducted in New Brunswick.

A total of 661 COVID-19 tests were completed Thursday, bringing the total number of tests conducted since the pandemic began in March to 78,635.

There have been 200 cases of COVID-19 in the province to date, with 193 recoveries and two deaths.

The premier said Friday the discussion about making masks mandatory was a big topic at COVID-19 all-party cabinet committee Thursday.

"It's being driven by the situation in our neighbouring provinces."

Masks, he suggested, could have prevented those outbreaks.

"We've got to move to the point where where everyone's wearing masks in indoor public spaces with cases of COVID-19 surging on the other side of the Atlantic bubble and the incredible success we've had in New Brunswick and throughout the Atlantic bubble, we don't want to jeopardize that," said Coon.

Melanson, who didn't attend Thursday's meeting, said his party will support it.

"Wearing a mask, if public health has made that recommendation in public spaces, we would support that."

"My take on it is look if, you know, we see an uptick in cases and government has to clamp down a little bit harder and make them mandatory, I would certainly support that."

Instead, some of the peace officers will be redeployed to the borders with Quebec and Maine, which currently pose a bigger threat, he said.

"We have been able to reopen businesses and reopen our schools in an effective manner. The threat, however, is once again literally at our doorstep."

Quebec was "making good progress" just over a month ago, said Higgs. But two days ago, that province reported 933 new cases in a single day, and 12 deaths occurred between Sept. 24 and Sept. 29. 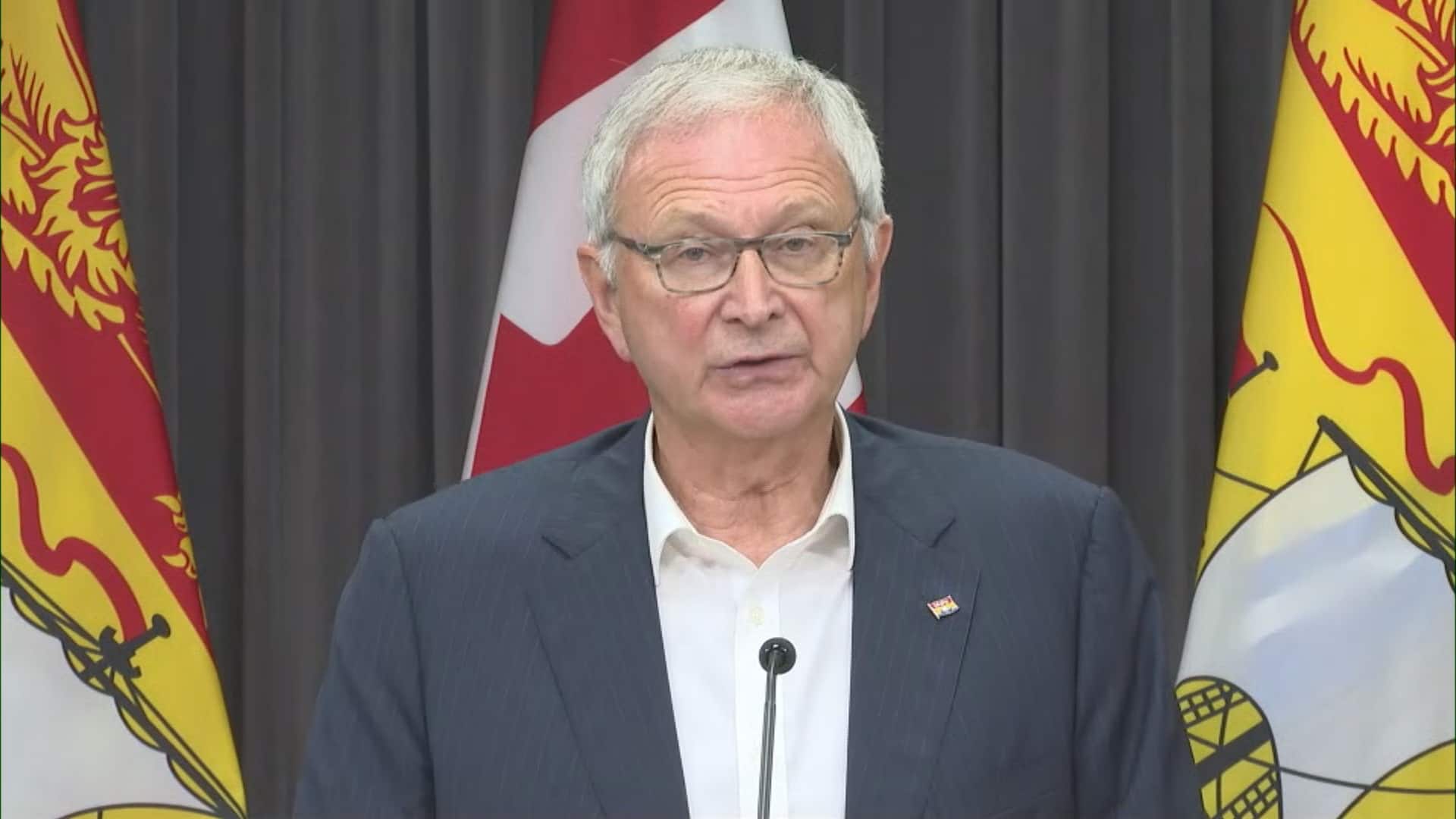 Travellers from P.EI., Nova Scotia will no longer be screened entering New Brunswick

In Baileyville, Maine, just across the St. Stephen border, a mill worker at Woodland Pulp tested positive for COVID-19 on Thursday morning. Earlier this week, seven out-of-state contractors who were working on the fibre line during the mill's annual maintenance operation also tested positive.

The worker who tested positive lives in Maine, but seven New Brunswick residents work at the mill, a company spokesperson confirmed to CBC News.

All the workers at Woodland and its two sister companies, St. Croix Tissue and St. Croix Chipping, are now being tested for the virus.

New Brunswick's chief medical officer of health said her counterparts in Maine are identifying workers who may have had close contact with those who are infected.

If any of the New Brunswick workers were deemed to be close contacts, they would have been told to self-isolate, said Dr. Jennifer Russell.

She expects the test results for the more than 400 workers within the next day or two.

"These situations drive home how close the virus still is and how quickly things can change," the premier said.

To that end, some of the redeployed border officers will focus on other efforts to prevent the spread of COVID-19, such as ensuring compliance with mask use and guidelines regarding gatherings and business operations, he said.

Although Higgs initially had concerns about shifting staff away from the Nova Scotia land border, he said those concerns are being addressed.

New Brunswick officials are working with the Nova Scotia government to "improve the scrutiny" at the Halifax Stanfield International Airport in terms of "who's coming and going and where."

Based on the increasing risks, we need to be way, way, way more vigilant around our surroundings and who we're interacting with to make sure that we don't have any cases and outbreaks.- Jennifer Russell, chief medical officer of health

Border measures will remain in place for travellers from outside Atlantic provinces, he added. Those travellers are required to self-isolate for 14 days.

Some people who cross interprovincial borders regularly, such as those deemed essential workers, have isolation exemptions. But Russell is urging them them to keep their number of close contacts low.

"I think at this time, based on the increasing risks, we need to be way, way, way more vigilant around our surroundings and who we're interacting with to make sure that we don't have any cases and outbreaks," she said.

She suggested people carry a list of their close contacts, much like they do their emergency contacts, or their organ donor card. That way, if they are diagnosed with COVID-19, they can pass the list of names along to Public Health officials immediately.

New Brunswick has no date for when it might reopen its travel bubble to Quebec border areas, said Higgs.

Now people from the two regions must have an essential reason for travel to get into the province and must self-isolate for 14 days.

Only residents from two communities in the area — Listuguj First Nation and Pointe-à-la-Croix — are allowed into New Brunswick without having to self-isolate.

When rules are violated

When a CBC listener complained Friday that some young people are holding large gatherings and ignoring the precautions laid down by Public Health, Premier Blaine Higgs said it seems some people have forgotten there is a pandemic.

"We have seen this in other provinces and we've seen the result. We've seen Quebec locked down, essentially in lockdown now, for the next 28 days." 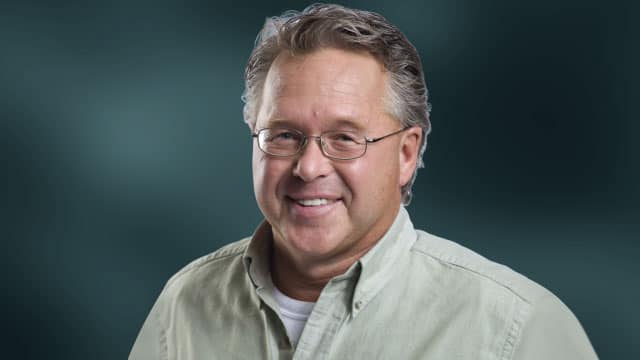 Information Morning - Fredericton21:42All-party Covid task force
Is the recovery in any danger? We get an update on plans to protect the province from a resurgence of cases. Premier Blaine Higgs, Interim Official Opposition leader Roger Melanson, Green Party leader David Coon, and Kris Austin, leader of the People's Alliance. 21:42

Higgs said the province will intervene when the mandatory emergency order is being violated, but this will be done in a way that persuades people to be part of the solution rather than a bigger problem.

"We're starting to see that around us outside New Brunswick. We're not isolated totally from what's happening outside," said Roger Melason.