Headed out on a hunt? Leave the drone at home, the provincial government says.

Headed out on a hunt? Leave the drone at home, says the New Brunswick government.

Though the Fish and Wildlife Act doesn't explicitly prohibit drone use, it does ban the use of aircraft, which the minister says covers drones.

"The province of New Brunswick has classified a drone in the same category as an aircraft, according to Transport Canada," said Mike Holland, minister of Energy and Resource Development.

Other provinces, including British Columbia, Saskatchewan, and Manitoba, have specific laws banning drone use.

The Fish and Wildlife Act states: "Every person commits an offence who uses an aircraft in connection with hunting, except as a means of transportation."

This section was originally meant to prohibit the use of helicopters and airplanes in hunting operations, including shooting animals from aircraft.

If the use of drones were legal, they would give hunters an eye in the sky when scouting animals such as moose, bear and deer from afar. They could also be used to spook or herd animals in the direction of a hunter waiting in the field.

"It's another tool," said Peter Squires, who joined a friend on opening day of the moose hunt Tuesday.

"It's not cheating. We bait and everything too. Same deal." 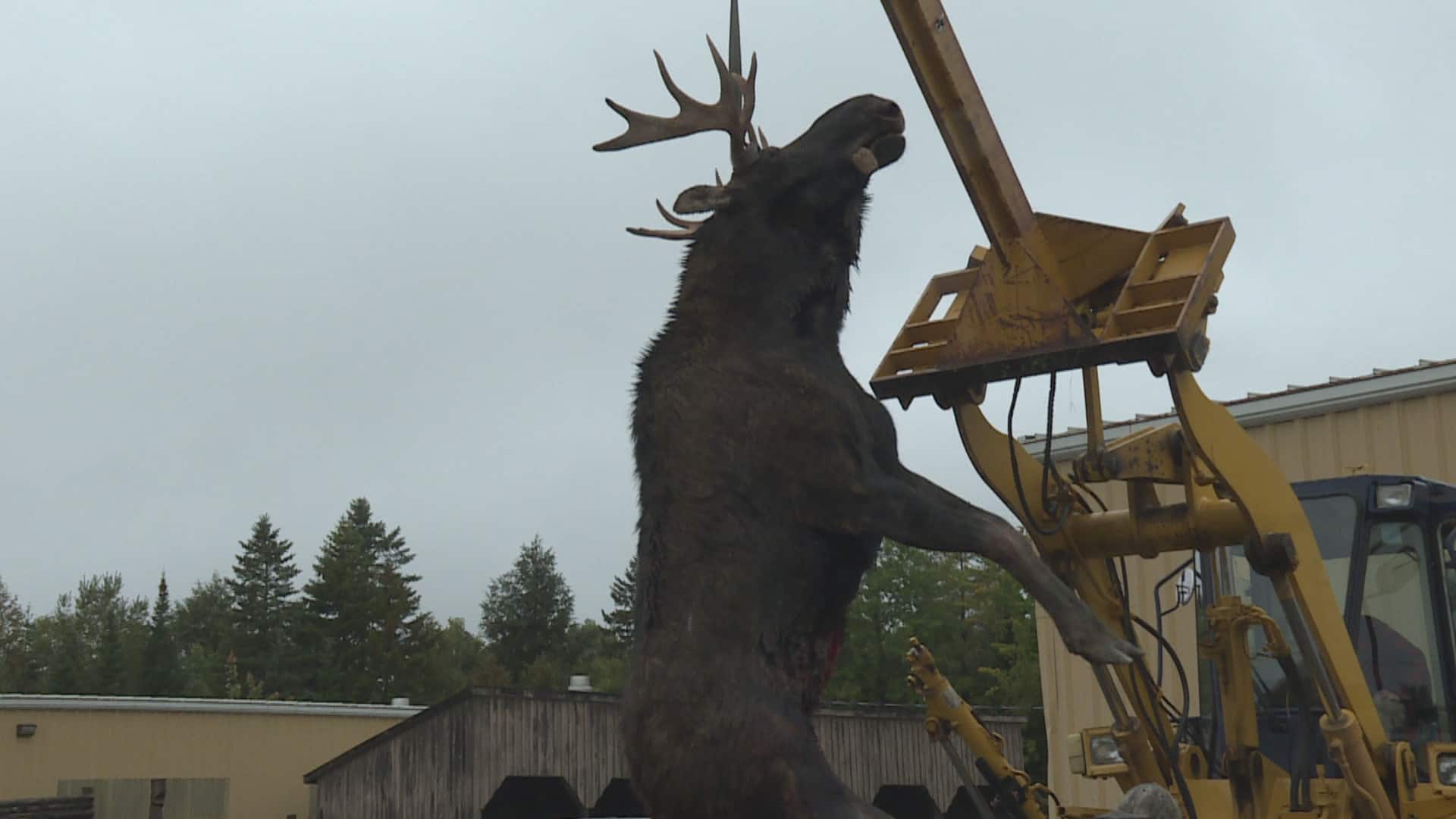 1 year ago
1:24
Hunters who use drones to hunt game in New Brunswick will have to do it the old-fashioned way. The provincial government is citing a law that prohibits hunters from using aircraft to hunt. 1:24

Rick Esty, who killed a moose Tuesday, said the use of drones would be wrong.

"There's so much technology and stuff," he said. "People got a camera for this, a camera for that. Now they want to use drones. I don't think it's right."

As for whether drones would give hunters too much of an advantage, there are already allowed technologies that rival drone usage. Trail cameras, motion-activated cameras placed in forests connected online, show hunters at home what's in their area.

"You've got trail cameras that will send text messages to me, immediately, to notify me that animals are in the area where I hunt," said Holland. "But a stationary trail camera does not interfere with the animal's daily routine. It just takes static pictures, or video."

While drones are off the table for now, Holland said he isn't ruling out their use in the future.

"I'm not opposed to saying, in the future, as technologies evolve, if there's definitive evidence that there is no harassment, or worrying of wildlife … then I think we can have a conversation," said Holland.