Keeping people alive on mechanical ventilators is what New Brunswick’s 450 respiratory therapists are trained to do and they’re doing it every day, says Gene Breau, a veteran RT with 28 years of experience.

Keeping people alive on mechanical ventilators is what New Brunswick's 450 respiratory therapists are trained to do and they're doing it every day, according to Gene Breau, a veteran RT with 28 years of experience.

This is the first time they've faced the notoriously infectious COVID-19 pathogen or the public anxiety about whether the health-care system can handle peak demand.

"I'm not saying that we're not worried," said Breau.

"When you're putting on the N95 mask and then you put on your goggles and your face shield, then you've got to put on your gown and your gloves, there's a whole procedural step, and you really can't mess that up," he said.

Breau said teams are constantly practising how to treat infected patients with the added protocols of donning and doffing personal protective equipment.

In addition to those simulations, Breau said RTs across the country are talking to each other about what's coming and what's new. That includes sharing the latest information on whether COVID-19 patients respond better to treatment if they're ventilated while lying face down.

"So a lot of us are beefing up on that now," said Breau.

"One of the components of COVID-19 is that it causes pneumonia and that can lead to respiratory failure, which means the lungs are damaged to the point that they need life support," said Breau.

Some compare it to shag carpet, with countless hair-like cells that beat 1,500 times a minute, sweeping phlegm and dirt up and out of the lungs.

When the virus damages that system and the lungs can't clear themselves, moisture and secretions build up inside, making the airway prone to bacterial infections.

The virus also injures the air sacs where oxygen is absorbed into the bloodstream.

It can trigger an inflammatory response inside the lungs, which leads to fluid build-up and more complications.

In some of the worst cases, patients develop acute respiratory distress syndrome, or ARDS.

These patients must be ventilated by a machine that keeps their lungs open and the air flowing into them.

It begins with intubation — when a tube is inserted into the sedated patient's mouth and pushed down the throat into the upper trachea, just before it branches into each lung.

Through that tube, oxygenated air is delivered into the lungs and carbon dioxide is released.

It's an intense moment for everyone attending the patient.

"If you're intubating, you have to be focused on that and nothing else." 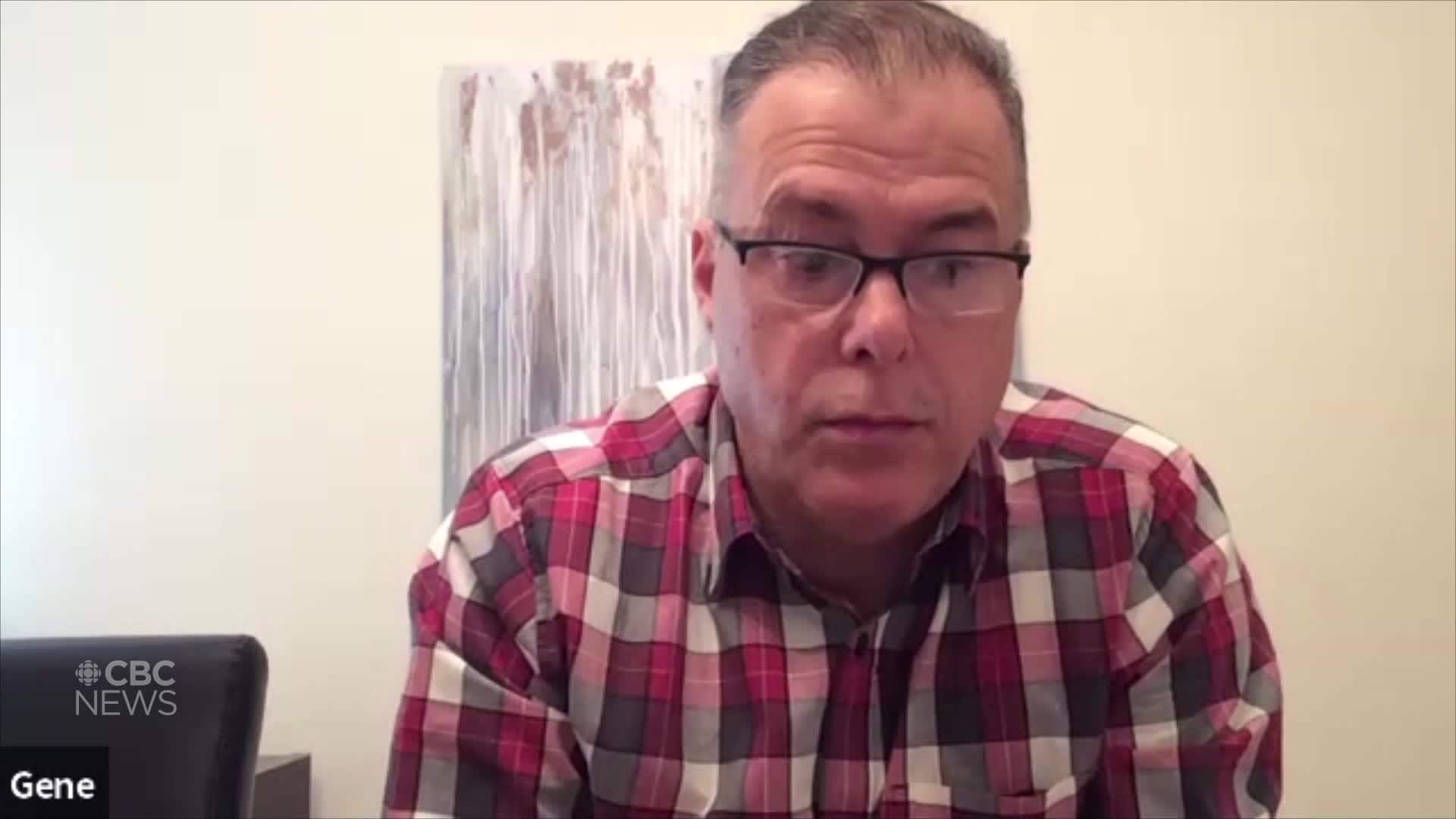 11 months ago
4:57
This is how New Brunswick's 450 respiratory therapists are preparing to keep COVID-19 patients alive on mechanical ventilators.  4:57

Now try doing that, with the added complications of COVID-19, a virus easily spread in respiratory droplets moving through the air.

Breau said that was the focus of a drill last week inside a negative pressure room at the Moncton Hospital.

A negative pressure room, sometimes called an isolation room, has a ventilation system that generates lower air pressure inside the room where the patient is being treated.

Air tends to be drawn into that room, instead of flowing into the hospital corridor through any gaps. The air inside the room is then filtered and exhausted outside the building. It is typically vented out through the roof.

"Generally, within that room, there's only going to be three people — the RT, an RN and one doctor," said Breau.

"Outside that room, in the anteroom, there's another doctor, ready to go … with another nurse.

"Then outside that room, there are people who are ready to run and assist us in any way possible. We have walkie-talkies so we can communicate with each other."

RTs tested in normal times too

Breau said working with a COVID-19 patient will be intense.

But RTs are conditioned to working in the most difficult situations — even in so-called normal times, he said.

They're constantly responding to critical patients all over the hospital, including operating rooms, trauma units and the neonatal ward, where they sometimes have to ventilate the tiniest premature babies.

The protection of all those other patients is top of mind, as teams practise putting on all the equipment designed to protect them from the virus and to stop the virus from spreading.

"We have an observer, someone who is watching you to make sure you do everything right," said Breau.

Ventilators by the numbers

The office says that the province has a total of 225 ventilators across all of its hospitals and that an unspecified number are on order.

According to an emailed statement, the equipment is coming from suppliers in France, Germany, Malaysia, Singapore and the United States and may start arriving this week.

It's not clear how the province is procuring them, or competing with global demand.

For example, Ontario has ordered 300 ventilators.

British Columbia ordered 120 ventilators about three weeks ago and as of last Tuesday, only 24 had arrived, according to a technical briefing Friday.

B.C. is expecting another 29 this week.

Breau has experimented with splitting one ventilator to use on more than one patient but it's complicated.

"It's possible," he said. "I've actually tried it on test models and it does work but that would be a last-ditch effort."

Breau said each patient is unique in terms of how much air their lungs can accept and at what speed.

A small child, for example, would have smaller lungs than a 200-pound adult.

The severity of illness also impacts how much airflow a patient can take.

In normal operations, each machine is calibrated to a specific patient.

Staff, as well as machines, needed

The RT then has to monitor that patient's oxygen and carbon dioxide levels, heart rate, blood pressure, and other signs from organs such as the kidney.

And when it comes to managing a pandemic, it's not just a question of how many machines are available but also how many health-care workers are needed to operate them.

Breau said some studies suggest that one RT could monitor as many as five patients.

However, in cases of acute respiratory distress syndrome, the most likely RT-patient ratio would be one to one.