Derek Stephenson relocated to Massachusetts with his wife Lisa from the Moncton area five years ago. They hoped to return to visit their parents and siblings — and support Lisa’s mother in her battle against cancer. But New Brunswick said they don't meet travel rules.

A Canadian couple living in Massachusetts is being denied entry to see family under New Brunswick's pandemic travel restrictions.

Derek Stephenson relocated with his wife Lisa from the Moncton area five years ago. They hoped to return to their home province to visit their parents and siblings — and support Lisa's mother in her battle against cancer.

The couple didn't expect to have any issues after speaking with officials from the Canadian Border Services.

"They said because we're not residents, going to visit our immediate family is not considered essential," said Derek Stephenson.

The U.S. land border was shut down to non-essential travel in March as part of efforts to stop the spread of COVID-19.

The closure left thousands separated from family before a relaxation of travel restrictions in June. Those changes allow immediate family members of Canadian citizens and permanent residents to enter — under specific criteria.

But New Brunswick has rolled out its own set of sweeping travel restrictions.

The province says residents of a Canadian province or territory can enter from outside the Atlantic bubble for several reasons, including owning property or visiting immediate family.

But those guidelines do not permit Canadian citizens living in the U.S. or elsewhere abroad to visit New Brunswick — even to see immediate family.

The Stephensons had created a quarantine plan and prepared to even get tested to prove to officials they were negative.

They live 40 minutes south of Boston, where Derek Stephenson works for an information security company. It's an eight-hour drive to the New Brunswick border, a long trip when facing the prospect of being turned around.

Their entire family lives in New Brunswick, and they normally visit several times a year.

In an email to the couple, a Public Safety official told them they failed to qualify to visit immediate family and explained exemptions included funerals and seeing a family member in palliative care.

They called and spoke to a manager who confirmed they could not come because they reside in the U.S.

Most provinces permit international residents of immediate family to visit, under the federal exemption for family reunification. 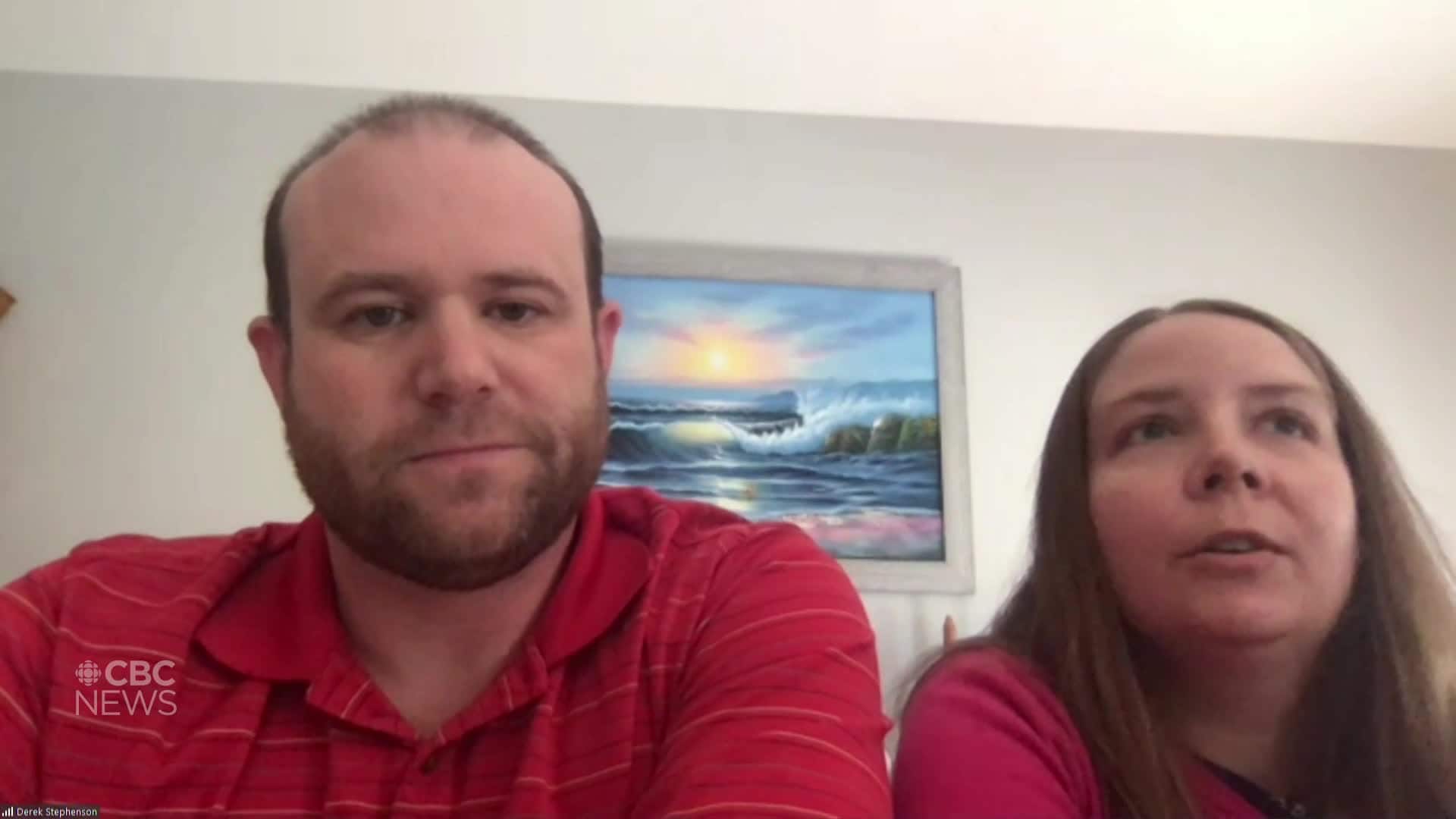 "We're going to a province that we spent the majority of our life in, that all our family is in," she said. "We're going to do everything that we need to do to keep everybody safe."

Her mother in Riverview is still undergoing treatments for lymphoma, which spread this year to the brain and lungs.

You have to pretty much wait until a family member is close to death or died before they'll let you in.- Lisa Stephenson

Enos wrote in an email that "international travellers" can enter for work, medical care, child care/custody or to move to New Brunswick. She said exceptions can only be made for instances of palliative or similar compassionate situations.

After supporting her through complications at the hospital on FaceTime calls, Lisa Stephenson wanted nothing more than to be there in person for the holiday season.

"I finally thought I was going to be able to go and be with her and offer that support in her next steps of treatment," she said.

"You pretty much have to wait until a family member is close to death or died before they'll let you in. Which is unfortunate."

Kerri Froc, an associate law professor at the University of New Brunswick, said Canadians might not have a right to enter a particular province under the Charter.

Mobility rights were recently put to the test after a legal challenge involving a Nova Scotia resident who was denied entry for her mother's funeral.

The Newfoundland and Labrador Supreme Court ruled in September to uphold that province's controversial travel restrictions.

A judge said the rules violate Section 6 of the Canadian Charter of Rights and Freedoms, which allows Canadians to move freely throughout the country. But the ruling also determined the ban is protected by Section 1, which allows for reasonable exemptions to the charter.

This court found it to be constitutional.

But Froc, who specializes in constitutional law, said New Brunswick could be overstepping its jurisdiction under division of powers. The issue is making a distinction between residents inside and outside of the province.

"When you attempt to regulate the rights of citizens abroad, and Canadians from outside the country coming in — and have a different set of criteria for them — I think that you're in trouble," she said.

"I think they're on extremely thin ice with that one," she said.

Derek Stephenson said he understands the need to keep New Brunswick safe during the pandemic. But he thinks the rules go too far in preventing him from reuniting with family in his home province.

"Not everybody necessarily fits into this little box situation that they have," he said.

Alexandre Silberman is a reporter with CBC New Brunswick based in Fredericton. He can be reached at alexandre.silberman@cbc.ca