House of Nazareth to open 120-bed shelter in downtown Moncton

A Moncton charity is spending about $1 million to open a new, 120-bed homeless shelter by the fall in the city's downtown that advocates hope will help reduce homelessness in the community.

Shelter expected to be fully operating by the fall

A Moncton charity is spending about $1 million to open a new, 120-bed homeless shelter by the fall in the city's downtown with support services on site that it hopes will help reduce homelessness.

Maison Nazareth Inc., which operates one of two existing shelters in Moncton, purchased 75 Albert St. last month for $775,000. It received $480,000 in joint federal and provincial funding.

Jean Dubé, executive director of Maison Nazareth, said it expects to partly open the new shelter in August and have it fully operational by the fall.

He said that will require everyone in the community working together to reach that goal, including government services. 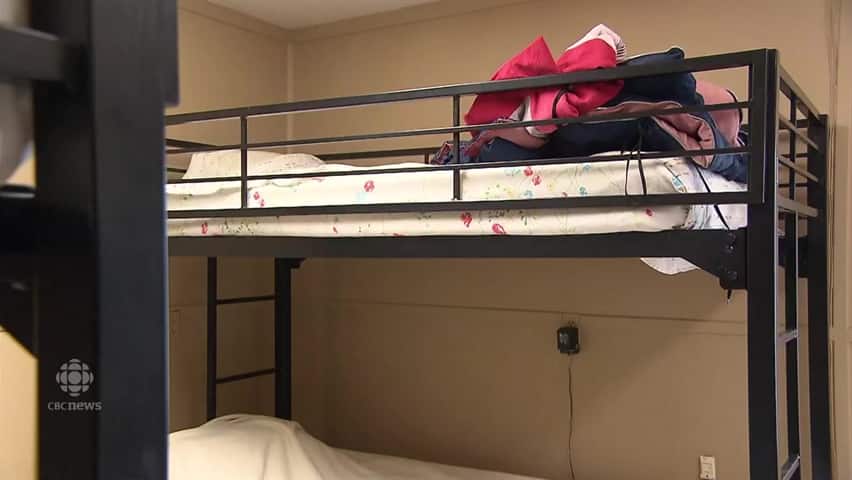 House of Nazareth plans to open a shelter with support services

The two-storey building that once housed a gym is adjacent to the office where Horizon Health Network's addiction and mental health mobile crisis team is based.

The new shelter represents a significant increase in the number of beds compared to House of Nazareth's Clark Street shelter, where Dubé said about 50 people have been staying.

Dorothy Shephard, the minister of social development, said the most recent winter showed the scale of the homelessness challenge in the province.

"I think this is one gigantic step for the city of Moncton," Shephard said.

She said the department will spend $66,500 to help cover the shelter's operating costs, provide addictions and mental health support services on site, and rent supplements. She said the goal is to help get people into housing.

"As long as we're all working together as a community, I think this is going to be an amazing, amazing win for our community," Ryan said.

The shelter will include both a "damp" portion, which will allow people who have consumed alcohol or drugs, and a "dry" portion with stricter rules.

Dubé said they're aiming to open the damp portion of the shelter by August with the dry portion on the second floor open by November.

Two temporary shelters set up in the city over the winter accommodated about 50 people per night and took a less strict approach to intoxication and when people could come and go.

Several people have said they returned to tenting once the shelters closed because they don't like the rules imposed by the two main shelters.

Ryan has said there are 10 to 12 active homeless tent camps around the city. She estimated that means about 50 people are sleeping outside.

Dubé said there will be rules in place at the shelter.

"We'll be flexible with certain rules, but rules have to apply," Dubé said.

Government funding and private donations covered the cost of purchasing the building and renovations without needing a loan, Dubé said.

The building already has showers. Nazareth has already purchased some equipment such as large washing and drying machines.

Dubé said House of Nazareth, the charity's existing shelter building on Clark Street, may either be sold in the future or kept open as a women-only shelter.

The shelter is across the street from a bar and coffee shop and several homes and apartments are nearby.

Dubé said he contacted nearby businesses and residents to tell them about the plans and understands they may be concerned about what the shelter could mean for the neighbourhood. But he said it shouldn't be a problem.

"If you walk down the street when we're fully operational, you won't even know there's a shelter here," Dubé said. "That's guaranteed."

Moncton Coun. Blair Lawrence, who represents the Albert Street area, said there would be concerns about such a facility anywhere but he believes it is a step forward for the community.

The operator of the city's second homeless shelter said the province requested proposals for a new facility at meetings he attended in February or March.

Cal Maskery, founder and executive director of Harvest House Atlantic, said on Thursday that the province sought proposals to run a shelter that would open by October.

Maskery said Harvest House wasn't interested in putting in a proposal because it wanted to focus more on running a shelter that helps people stop using drugs or alcohol.

"Our philosophy is different," Maskery said.

Harvest can accommodate 75 to 80 people per night, though has recently had around 45 to 60 people.

Maskery said this year has been the roughest of his 30 years working with homeless people because of rampant drug use.

"There's been people coming in heavy sedation during the day, and then when coming in from elsewhere they want to sleep all day and stay awake all night," Maskery said. "It's been a real hard transition, so that's why I think have another shelter would be a benefit."