Native elders and spirituality denied to inmates in jail

Several former inmates of the Southeast Regional Correctional Centre say they were blocked from practising their native spirituality or visiting with elders while in the jail. 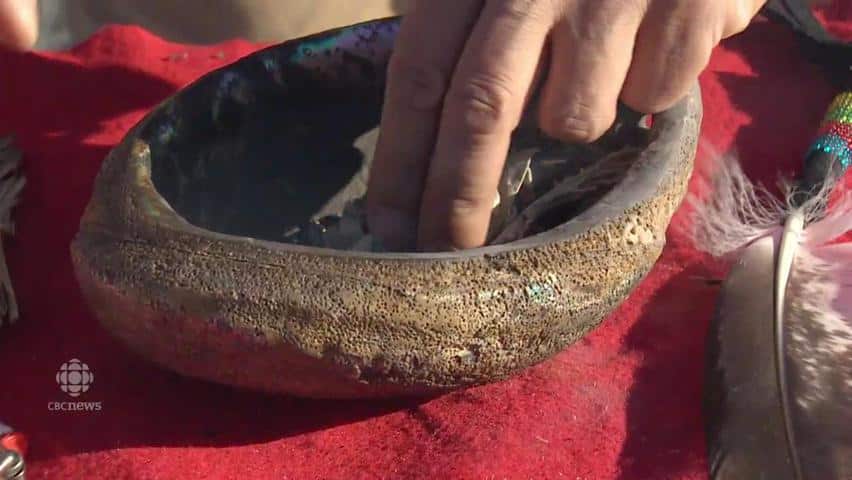 Several former inmates of the Southeast Regional Correctional Centre say they were blocked from practising their native spirituality or visiting with elders while in the jail.

Shawn Peterpaul from the Elsipogtog First Nation says he was not allowed to participate in native spirituality activities when he was in jail.

For Peterpaul, the ability to smudge would have been adequate enough to fill his spiritual needs.

"It's a strong medicine … for natives towards rehabilitation," says Peterpaul.

"It's good for the soul and spirit."

The Southeast Regional Correctional Centre opened its doors in the fall of 2012 and can house up to 180 adult offenders.

While it is the province's most modern jail, it is blocking some inmates from practising centuries-old spiritual ceremonies.

Smudging is performed by several Aboriginal Peoples in North America where four sacred medicines — sage, cedar, sweet grass and tobacco — are burned in a bowl. The smoke is rubbed on different parts of a person's body to cleanse them of negative energy.

Most jails and all prisons in New Brunswick permit native spiritual ceremonies. But some native people, who served time in Southeast believe the institution only accommodates Christian spiritual practices.

They say regular Bible study and masses are available and all inmates are provided a Bible upon request.

Peterpaul says some native people will smudge to help them with their addictions, such as alcohol or drugs.

"It helps most of the people, it's pretty powerful stuff," he said.

A Right to Information request was sent to the Department of Public Safety last October regarding inmates' complaints about not being able to practice native ceremonies.

The department indicated there had been two complaints from inmates who said they were not allowed to practice their native spirituality while at the facility.

"These complaints were related to the clients' security classification and the amount of access. Both clients were accommodated," said Public Safety Minister Stephen Horsman in his letter.

Some inmates and former inmates say they believe that number is wrong.

It was wrong, it was discrimination and it was racism. They got their right to pray, why don't we?- Jermain Junior Breau

​Peterpaul said he remembers two occasions when 15 to 20 native inmates signed a petition to the jail's administration pleading for what they felt was a right to participate in native ceremonies while incarcerated.

Freedom of conscience and religion is guaranteed in the Charter of Rights.

But for Jermain Junior Breau from Elsipogtog, he said those particular rights were non-existent for him during his incarceration.

Breau said he witnessed Christian pastors visiting the jail twice a week to perform prayer service and Sunday mass with the inmates.

When he put in a request to the jail's administration for a native spiritual leader, he received no reply.

"It was wrong, it was discrimination and it was racism," said Breau.

"They got their right to pray, why don't we?"

Peterpaul said he thinks that not all requests reached the jail's administration.

"When we send request forms, seems like they just threw them in the garbage. They didn't even listen to us," he said.

Nibogtoog Francis, who was contemplating suicide during his incarceration in Southeast, says he was not allowed to practise native spirituality or see an elder.

"There were no spiritual leaders that came in there whatsoever, no one ever came in to talk to me," Francis said.

When the Moncton Detention Centre was open, Francis said he was able to seek spiritual guidance with elders and be involved in activities, such as smudging, drumming and pipe ceremonies.

But that changed when inmates were moved to the Southeast Regional Correctional Centre.

"There was nothing there," Francis said.

Dan Ennis, an elder and spiritual leader from the Tobique First Nation, has been working with native offenders since the late 1970s.

He's been allowed access to every jail and prison in the province.

But he said he was denied access to Southeast after receiving a call from an inmate's wife about her husband, who was contemplating suicide.

Ennis called John Cann, the jail's superintendent, pleading to enter the jail to speak with the inmate.

When called, Cann would not comment on the refusal to allow inmates to have visits from elders or to participate in native spirituality activities in the jail.

Chris Brooks is a traditionalist from St. Mary's First Nation, who used to be a correctional officer at the Atlantic Institution in Renous. He now works as a spiritual leader for native offenders.

Brooks said he is an optimist and he is always looking for positive things.

"Obviously there's some good work going on throughout the country with regards to traditional people going inside and helping our men and woman inside," said Brooks

He said it is important for inmates to have access to elders.

"A lot of our men go to prison not knowing anything about their culture, ceremonies and it's a sad thing. But they go to prison to learn about themselves," says Brooks.

"That's why it's important to bring these things back to the institutions."

(DISCLOSURE: Anthony Peter-Paul is a fourth-year journalism student at Saint Thomas University. He's Mi'kmaq from the Pabineau First Nation. He was recently an inmate at the Shediac jail where he says he was denied access to an elder and to smudging ceremonies. After his release, Peter-Paul decided to report on the issue of access to elders in prison for his journalism program.)